The new 2013 Bentley Continental GT Speed Convertible was revealed earlier in the year, however, the stunning drop-top’s public debut has just taken place at the North American International Auto Show in Detroit. 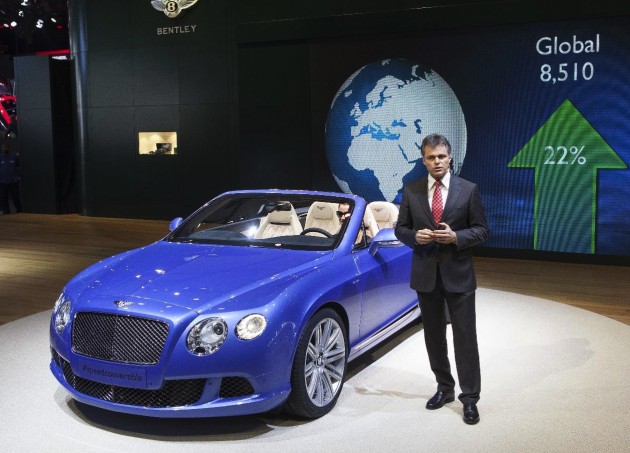 As previously reported, the new model is the high performance version of the Continental Convertible. It also takes the crown of being the world’s fastest four-seat drop-top, with a top speed of 325km/h. 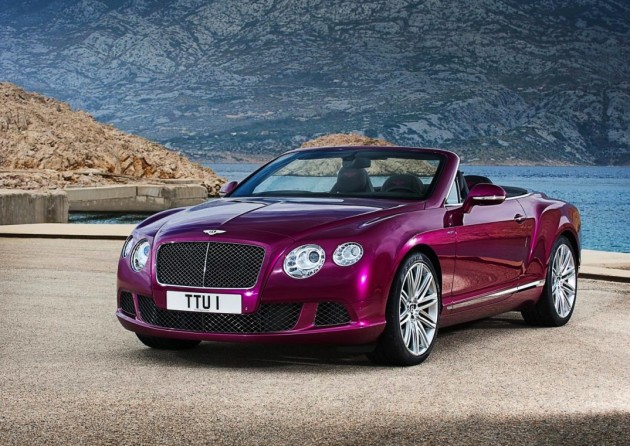 Being the performance model, the GT Speed comes with sports lowered suspension, 21-inch alloy wheels, dark mesh grilles in the front end, as well as the Mulliner Driving Specification which is normally an optional feature on lesser Bentleys.

Dr.Wolfgang Schreiber, Chairman and Chief Executive at Bentley, recently spoke about the new model, saying that it promises to delivery supercar performance matched with high end luxury. He also reflected on some of Bentley’s 2012 sales efforts, saying,

“This unveiling maintains our position as the largest producer of high luxury cars in the world, with our market share continuing to grow.

“2012 has been an excellent year for Bentley, with a 22 per cent increase in global sales with 8,510 cars delivered to customers.

“The US remains our number one market, seeing a 23 per cent growth last year with deliveries of 2,315 cars.

“We expect the luxury market in 2013 to be challenging but we will continue to operate a sustainable business as we look to maintain double-digit growth.”

The Continental GT Speed Convertible is set to go on sale around the world during the middle of this year. Australian pricing is yet to be announced.

Click play below to see the beautiful machine in action.