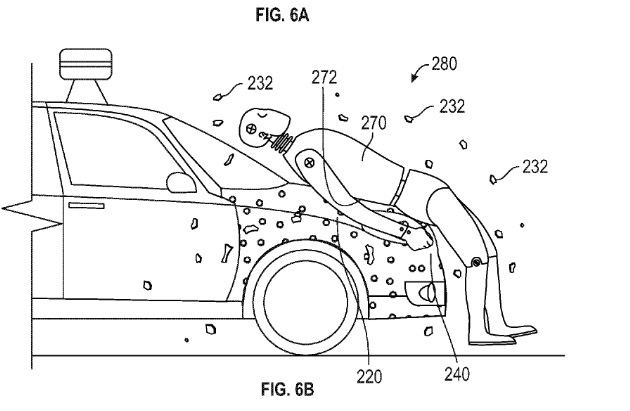 Google may well have one of the most obscure automotive patents in existence, following the discovery of a recently approved application. 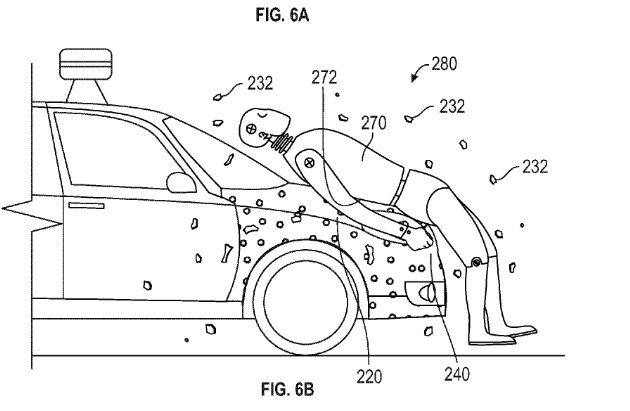 Initially submitted on November 12, 2014, the remarkable safety innovation was invented by Google employees Alex Khaykin and Daniel Lynn Larner, and received patent approval on the May 17.

We got our hands on the patent application, and we’ll let the inventors do the explaining. Taken from the abstract, the inventors say:

The inventors say that in the event of a collision between a vehicle and pedestrian, “injury is usually caused not by the initial impact, but also by the ensuing, second impact”.

The adhesive layer sits beneath the vehicle’s paintjob, and the protective layer breaks away in the instance of a collision. This would in turn act to catch a pedestrian, avoiding another potentially more damaging impact.

It’s strange but it does make a deal of sense. Who knows, maybe the Google car will feature the technology? The PDF outlining the invention can be found here.