Porsche has revealed the all-new 2012 Porsche Cayenne GTS before its official debut at the 2012 Beijing International Auto Exhibition in a couple of weeks. The new variant will sit in between the Cayenne S and the Cayenne Turbo in terms of price and performance. 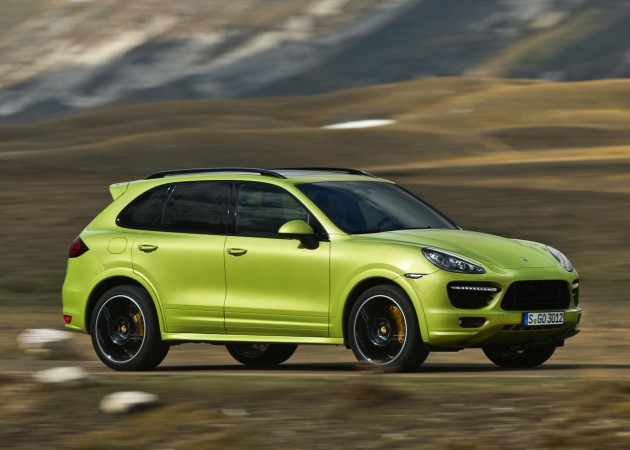 Like the Porsche 911 GTS, the Cayenne GTS takes the S and turns everything up a notch. There’s more engine performance, more aggressive styling, and a more beefy handling package underneath.

Starting with the engine, the 2012 Porsche Cayenne GTS features a 4.8-litre naturally aspirated V8 engine producing 309kW of power – up from 294kW compared with the S. All this grunt is sent through a Tiptronic S eight-speed transmission which is matched up to stop-start technology. 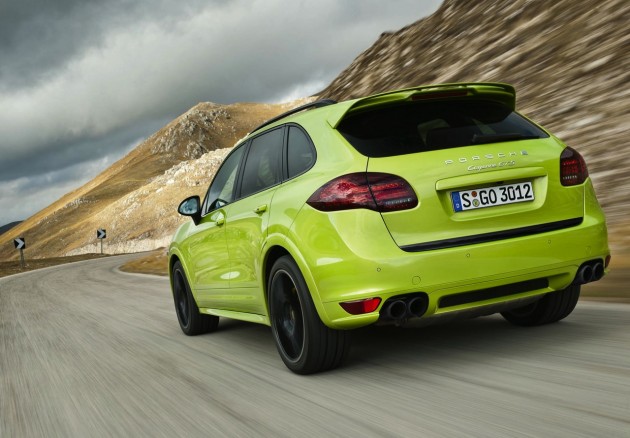 As for the handling, the 2012 Porsche Cayenne GTS is fitted with Porsche Active Suspension Management (PASM) as standard. This system is usually only available as an option on the entry-level variants. It provides active electronic damping control while on the go and in-car adjustable settings. It’s also 24mm lower than the Cayenne S suspension.

To top it all off the Cayenne GTS gets a sporty bodykit inspired by the one used on the Cayenne Turbo. There’s black pillars and trimmings to give it that aggressive look, as well as chunky side skirts, bolstered wheel arches, and a unique twin-wing rear spoiler. You have to admit, it looks pretty darn tough for a factory SUV.

Inside is similarly themed, with Alcantara and leather sports seats, a matching SportDesign steering wheel, and all the luxuries you’d expect in a Porsche SUV.

After making its debut on April 23 in Beijing, the Cayenne GTS will go on sale in Europe in July. An Australian introduction is yet to be announced, but it is likely to occur some time during the second-half of this year. We’ll keep this story updated.

UPDATE: The new Porsche Cayenne GTS will go on sale in Australia in September. Prices will start at $164,900.