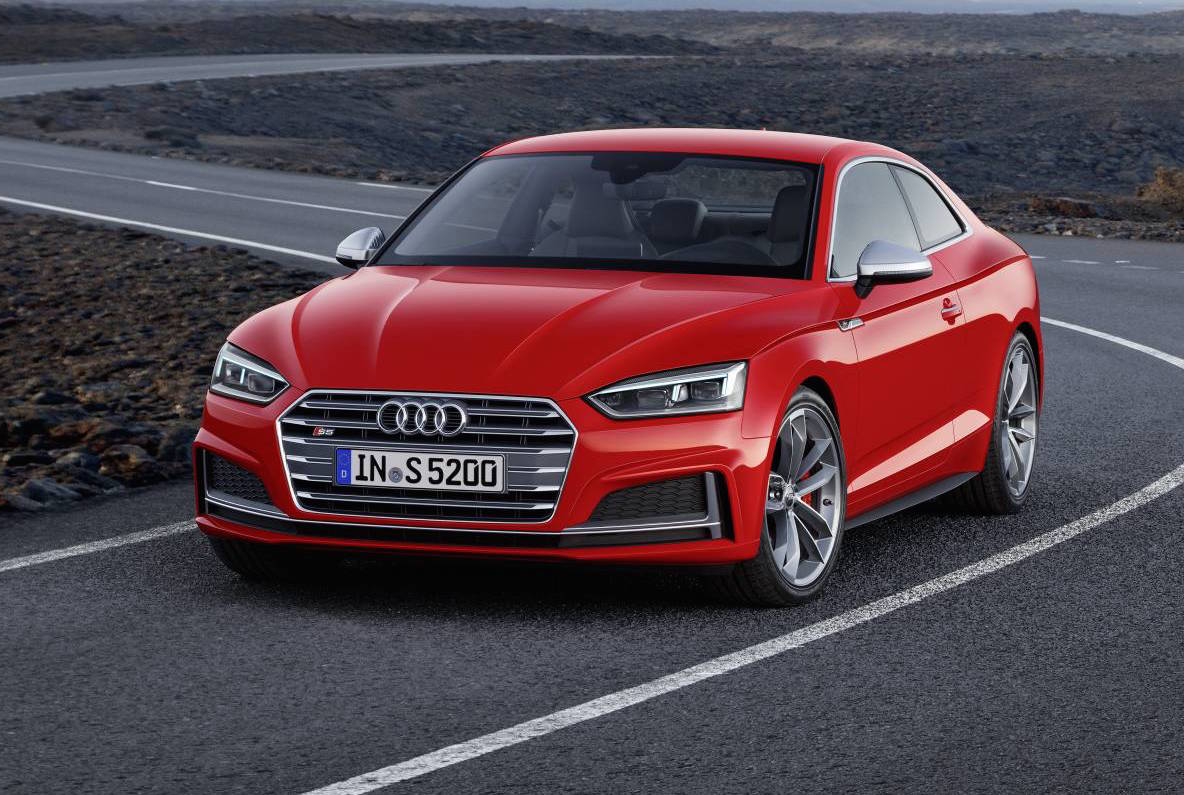 Audi has taken the veil of second-generation A5 and S5 coupe lineup, complete with a new lightweight chassis, new set of engines and even more tech. 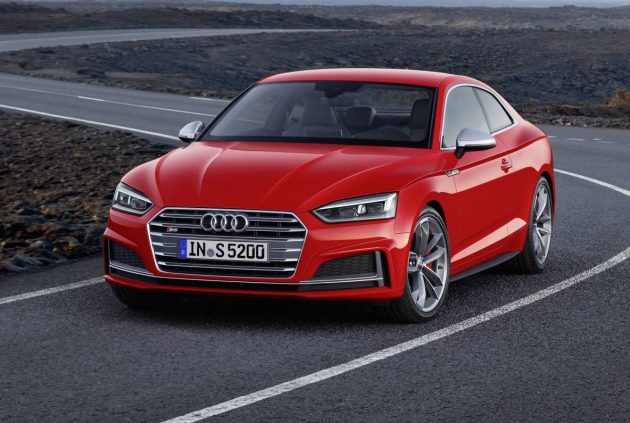 The latest A5 coupe will be offered worldwide with a choice of five powertrains. There’s two TFSI and three TDI engines, with outputs between 140-210kW. Audi claims the new range of engines increase performance by 17 per cent, and efficiency by 22 per cent. 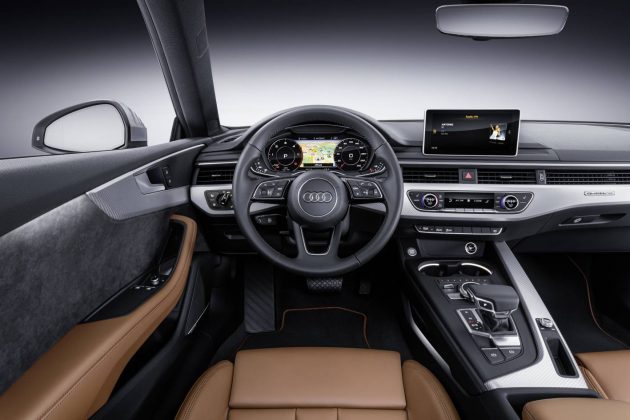 Outside, designers have sharpened up the A5’s aesthetic, adopting the company’s latest design language, making the car edgier and more modern. The four bonnet lines and wheel arches are said to be a nod to Audi’s quattro all-wheel drive system.

Inside, there’s a massive 12.3-inch TFT display and 8.3-inch MMI interface which make up the presentation aspect of Audi’s virtual cockpit. The A5 comes with Audi Connect and new Audi Connect sim card which allows passengers to surf the net, via a LTE connection.

High-tech optional extras include a Bang & Olufsen 3D sound system, wireless smartphone charging and connect safety and service package, which can make emergency calls, search online for roadside assist as well as unlock the car and check the vehicle’s status.

The new generation A5 coupe and S5 will go on sale in Australia early next year. The local arm is yet to specify prices and specs.