Australian rally champion Neal Bates has taken a Toyota 86 to victory at the Winton Motor Raceway Sprint Series. The victory, achieved on Saturday, was Bates’s first in the 86. 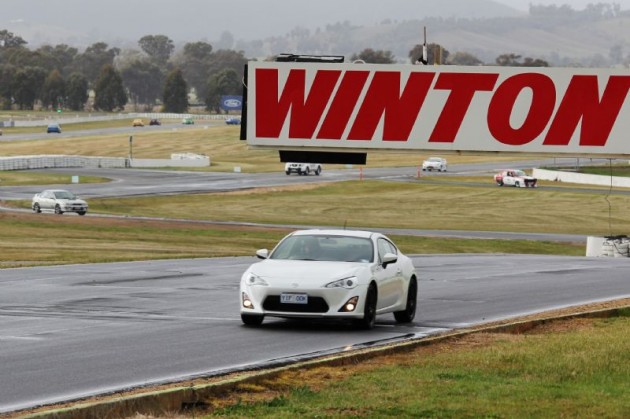 Racing in the 2.0-litre class, the Toyota 86 in question is a GT variant which is also road registered. This gives you an idea of how well suited the new sports coupe is to track driving and motorsport events.

Neal Bates won the category with a fastest lap of 1:35.9 around the 2.03km circuit. The track was also wet after a recent downfall, making things a little trickier.

Interestingly, Bates drove the car to the Victorian circuit from Canberra for the event, also giving you an idea of its practicality and reliability. Bates recently said,

“Our model is two months old and has limited modifications to the suspension, brakes and exhaust; in fact we’ve developed a suspension kit and brakes for track-day use.”