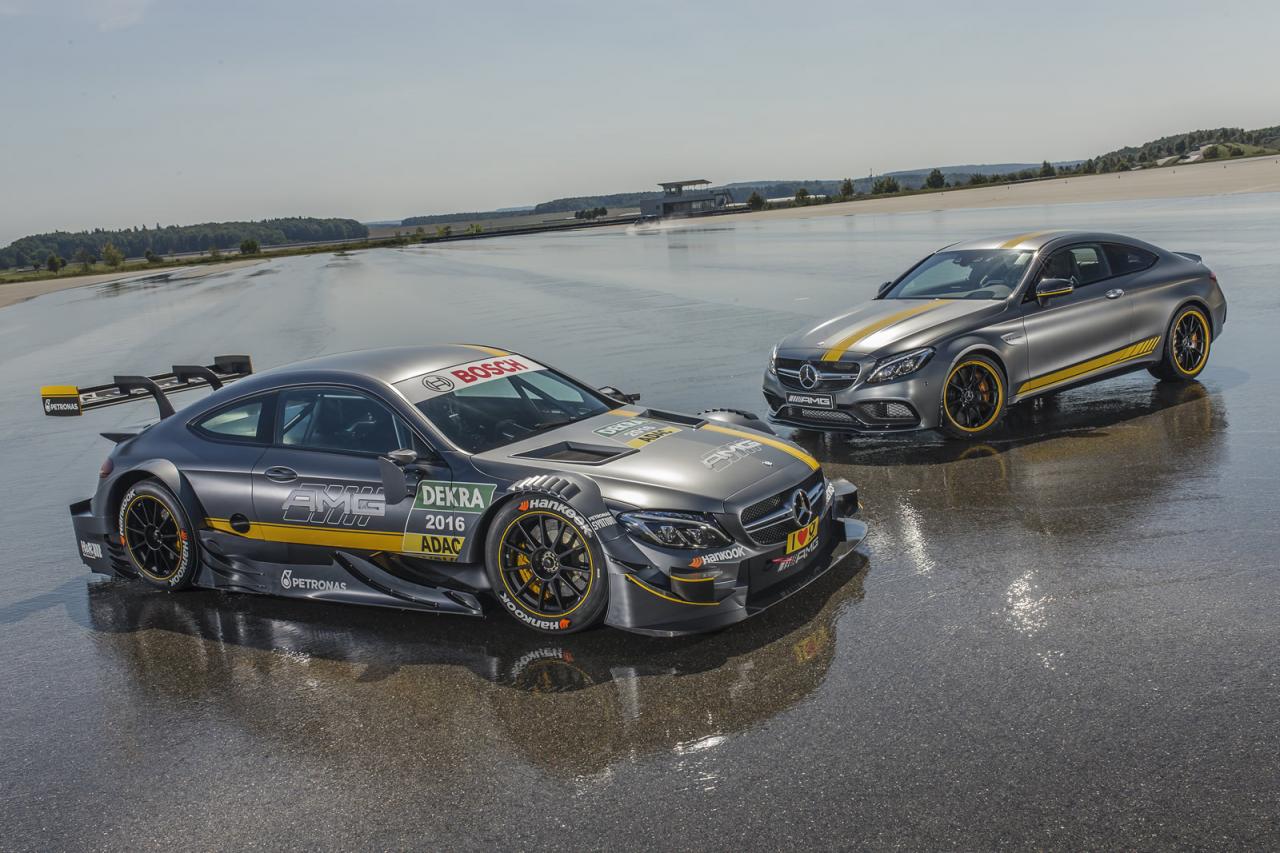 Mercedes-AMG has unveiled its 2016 DTM touring car, based on the recently-revealed new-shape C 63 AMG Coupe road car. A special edition road-going version has also been revealed, called the Edition 1, coinciding with the racer’s debut. 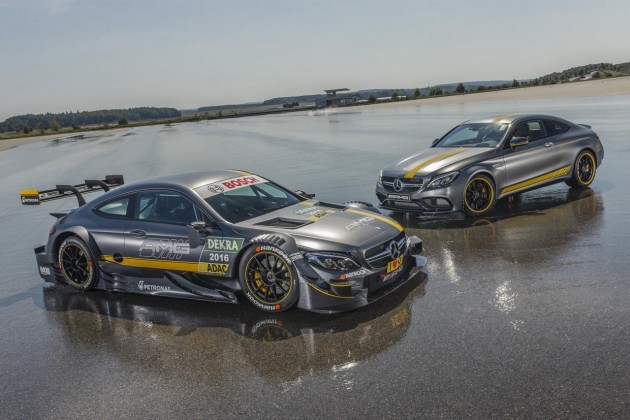 Although it is based on the C 63 AMG, there is very little that it shares. Take the body, for instance, it features vast aero enhancements mostly made from carbon fibre, while inside is a stripped out interior with a full roll cage.

There’s a heavily modified front bumper bar with a low and sharp splitter system, and at the back is a massive wing and chunky diffuser. The wheel arches are also pumped right out to provide a wider overall track for increased stability. Gary Paffett, AMG DTM driver, spoke about the new car, saying,

“The 2016 version of the Mercedes-AMG C 63 DTM looks really good. Obviously, many parts are similar to those on the current car, but the new shape is really cool and simply shows that the Mercedes-Benz and AMG road versions are getting better and more beautiful with every stage in their evolution.”

In the engine compartment sits a 4.0-litre V8 producing 360kW at 7500rpm, and 500Nm. It’s matched up to a six-speed pneumatic sequential shift transmission, with rear-wheel drive and a differential lock. There’s also a carbon fibre drive shaft in between to save weight.

Mercedes-AMG will begin testing the new car in the coming months, ready to commence racing in the 2016 season.