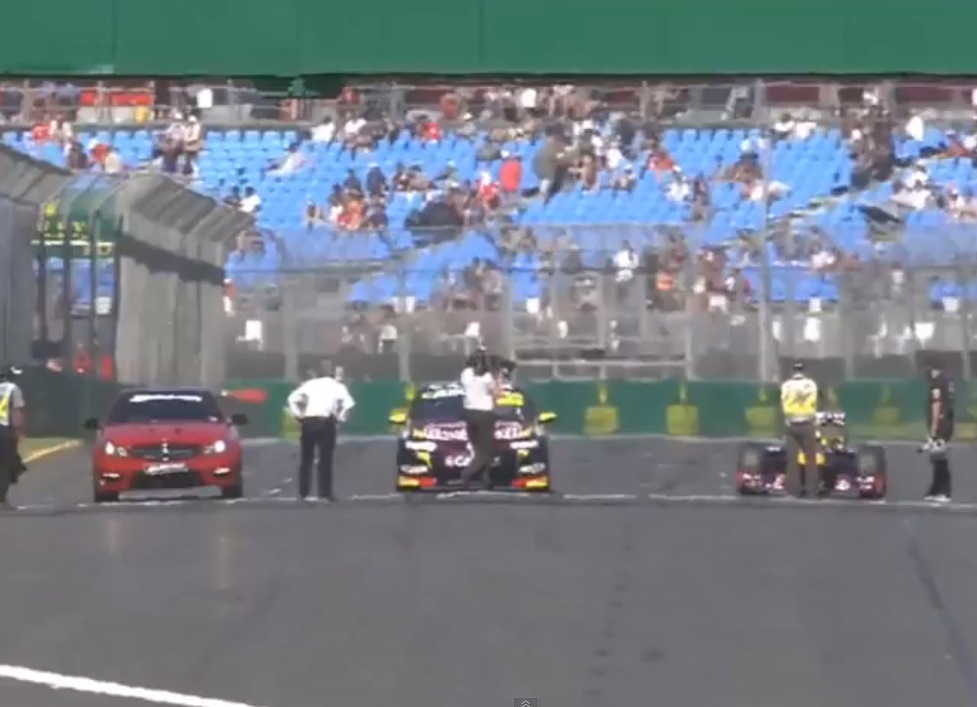 Another handicap-style race took place during the weekend’s season-opening Australian Formula One Grand Prix in Melbourne, like last year. This time the race involved a Mercedes-Benz C 63 AMG, a V8 Supercar, and a Red Bull Racing RB7 F1 car from 2011.

The AMG was given a 24-second head start on the V8 Supercar, while the Supercar started 22 seconds before the F1 car. So which car crossed the line first? We won’t spoil it on you. Take a look below.