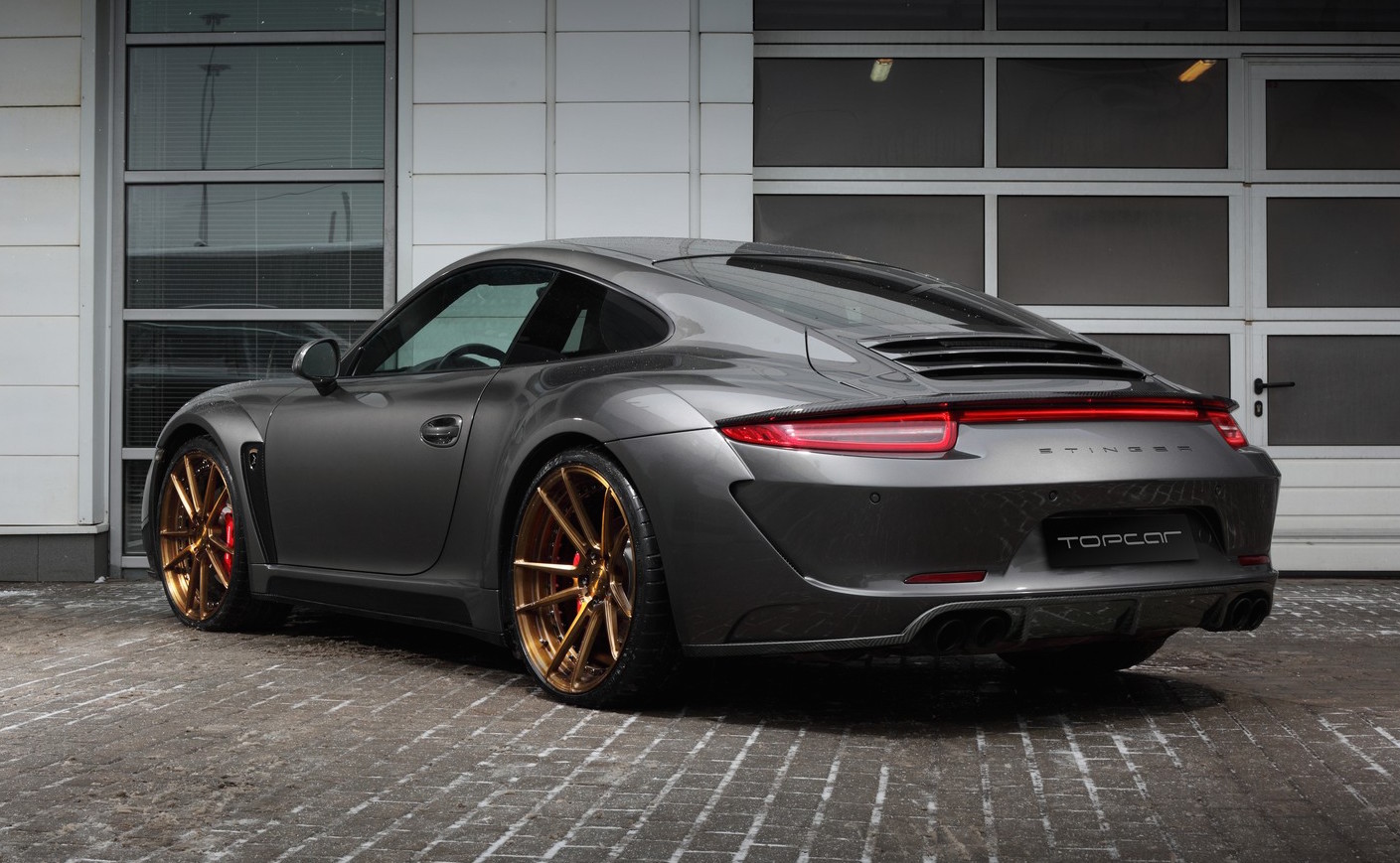 Popular Russian tuner TopCar has announced a new wide-body kit for the Porsche 991 911 Carrera 4S, made from none other than carbon fibre. 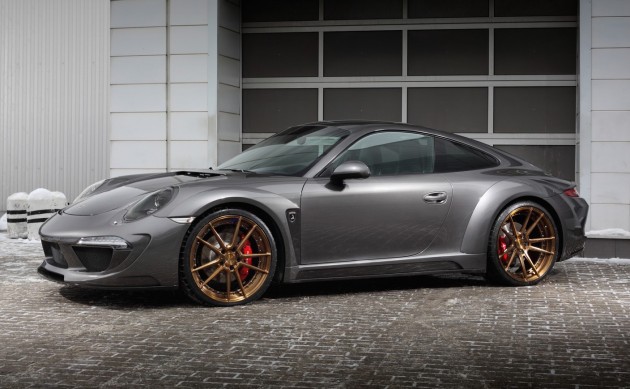 The extremely lightweight and strong exotic material has become a must-have fashion accessory in recent years. And for good reason – we wish everything was made from the stuff. It’s light, very strong, and it looks cool.

Included with the bodykit is a set of new bumper bars front and back, extended front wheel arches with neat little vents incorporated in, a chunkier diffuser at the back, and all-new rear guards that pump out the wheel arches like a bodybuilder flexing.

To complete the look TopCar has also developed a carbon bonnet and rear spoiler, while the suspension is slammed and a set of gold ADV.1 wheels are fitted up. The firm hasn’t mentioned anything about weight savings with the carbon panels, but we’re guessing it presents some performance benefits.

Speaking of which, the 3.8-litre flat six engine in the back has been tuned to develop 373kW, up from the standard 294kW output. In standard form the now-superseded Carrara 4S can cover 0-100km/h in 4.6 seconds.

The 4S’s 3.8-litre engine has since been replaced with a new 3.0-litre twin-turbo that generates 309kW, with 0-100km/h coming up in 4.2 seconds. In any case, this kit should give the old model improved acceleration, potentially cutting over 0.5 seconds from the initial sprint time.