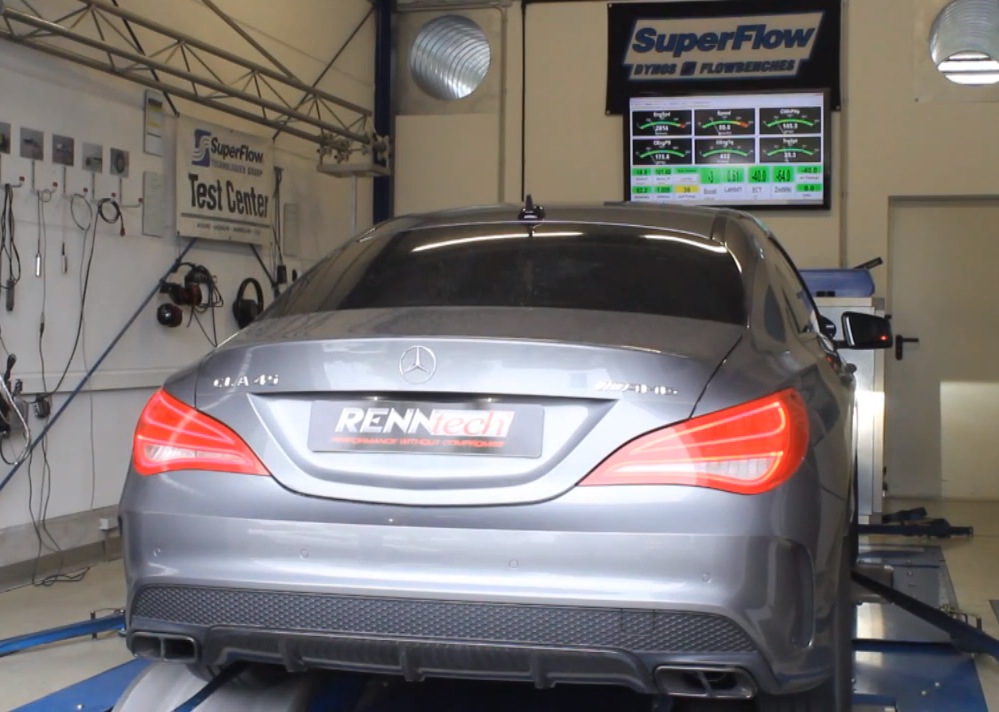 RENNtech has developed a stage 1 tuning kit for the Mercedes-Benz CLA 45 AMG, with its neck-snapping 2.0-litre turbo four-cylinder. 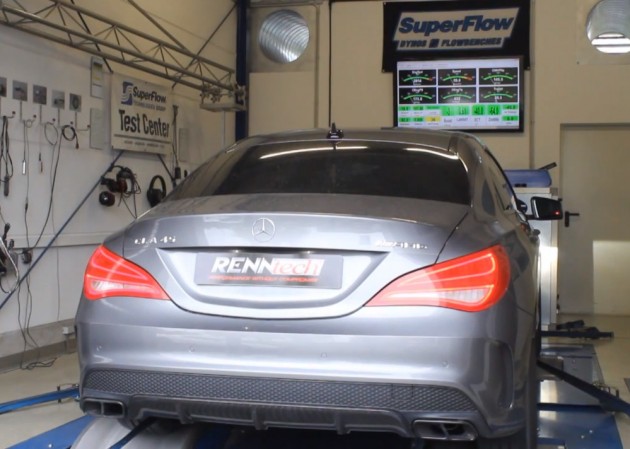 Thanks to a simple plug-in engine computer module, customers can boost the CLA 45’s engine performance by over 15 per cent.

In standard form the 2.0-litre turbo produces 265kW of power and 450Nm of torque, making it the most powerful production 2.0-litre currently on sale. With the module the power is boosted to around 305kW and torque is increased to a V8-like 533Nm.

If, say, you’re driving your mother-in-law and don’t want to scare the pants off her one day, the RENNtech computer add-on comes with a preset panel which allows users to jump between different states of tune.

Having the ability to swap tunes also allows you to select an economical setting for highway journeys, for instance, or maximum performance for those times when some young punk at the traffic lights thinks he can outdo you.

To give you an idea of how she goes RENNtech has released a video on YouTube showing the car’s potential on a dyno. Click play below to take a look.