Ever wondered what’s quickest between a Bugatti Veyron Grand Sport, Lamborghini Aventador, McLaren MP4-12C, and a Lexus LFA? Wonder no more, as a head-to-head race between them is here. 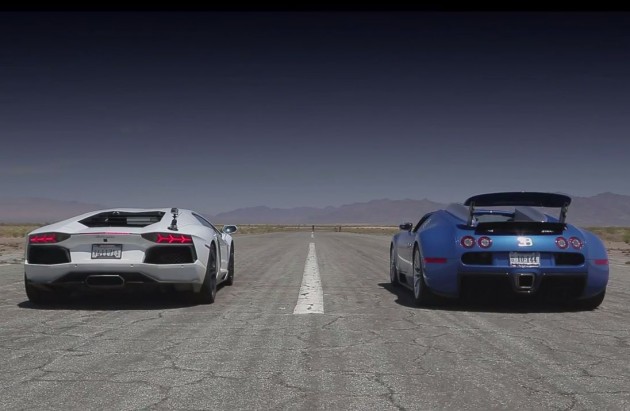 Thanks to the guys at Motor Trend in the US, we can now witness the difference between these exotic and super-fast supercars out in a straight line head-to-head acceleration battle.

To refresh your memory, the specifications on each model is as follows:

The Lexus LFA and the McLaren are the only cars relying on rear-wheel drive, the other two are all-wheel drive.

What do you think is quickest? It’s a pity the Nissan GT-R wasn’t thrown into the mix as well, it would have put up a decent fight.