German Mercedes-Benz tuner KICHERER has released images of what they call the KICHERER SLS Roadster Supersport GT/R based on the new Mercedes-Benz SLS AMG Roadster. 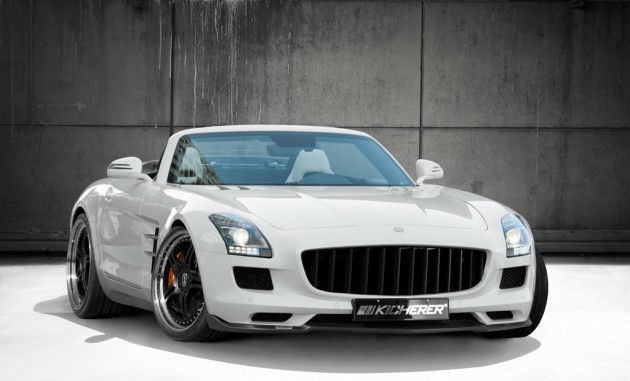 These images of the KICHERER SLS Roadster Supersport GT/R showcase the upcoming individualisation program for the Mercedes-Benz SLS AMG Roadster.

The kit consists of a revised front spoiler, custom side skirts, with the mantlepiece being the hand-made GT front grille using vertical fins. You can also include small carbon fibre aerodynamic fins on the bonnet and on the wings if you think the kit is too subtle. 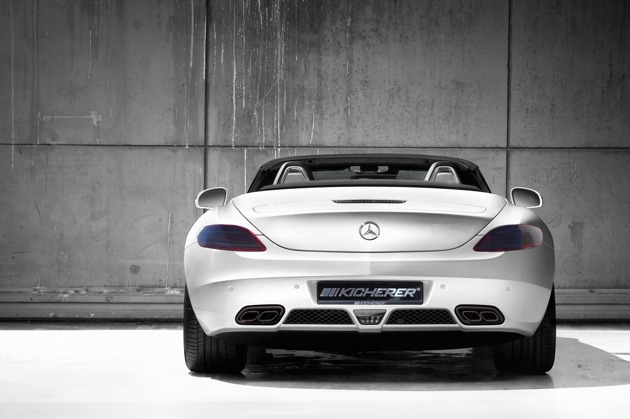 Three-piece 20 inch double spoke design rims sit at each corner of the KICHERER SLS Roadster Supersport GT/R, with coilover suspension helping the car sit at the right level – the suspension has a button-operated ‘Front Up’ system, for when the front needs raising over those McDonalds drive-thru speed bumps.

Standard power figures of the factory Mercedes-Benz SLS AMG Roadster are impressive (420kW, 650Nm), but that hasn’t stopped KICHERER from making further performance revisions to their SLS Roadster Supersport GT/R. Power has been raised to 630PS (460kW) thanks to a new stainless steel exhaust system and less restrictive air intake. 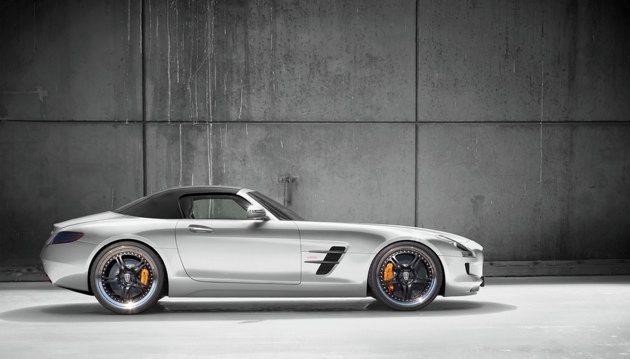 If thats still not enough power, then KICHERER can install a higher flowing catalytic converter, and new exhaust manifold system, taking power to an impressive 650PS (478kW) and 720Nm of torque. These figures will see the KICHERER SLS Roadster Supersport GT/R rumble from 0-100km/h in 3.5 seconds. Top speed you ask? 320km/h. Fast.

As soon as we get word this KICHERER SLS Roadster Supersport GT/R kit becomes available in Australia, we’ll be sure to let you know. Pricing has not yet been disclosed.

Reckon it gives the Mercedes-Benz SLS AMG Roadster extra appeal? What do you think?