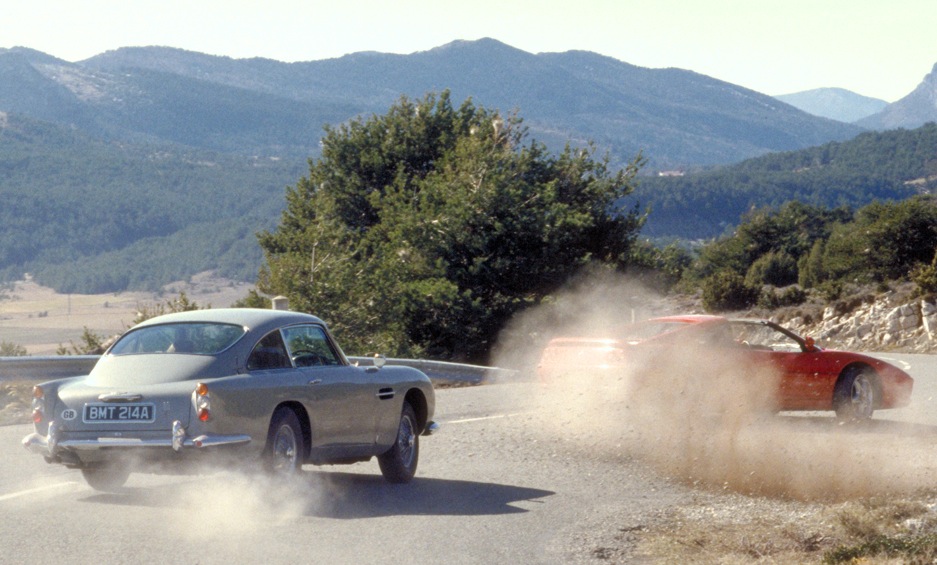 Let’s be honest, this weekend we will probably all start/continue/finish our Christmas shopping. While some of us eagerly surf on a wave of inspiration, others keep wrestling with the endlessly recurring existential question, ‘What should I buy for (enter name)?’ 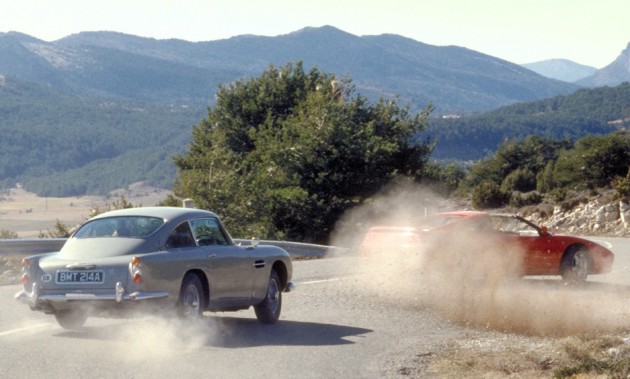 Stop worrying straightaway, because that’s where we come in. Being certificated Yuletide stress easers, we have compiled a gift list that will teach your dearies some highlights in the cultural history of cars and entertain them to boot. In no particular order, we proudly present our selection of ten auto-starring movies for a car-crazed Christmas (and no, Cars is not one of them):

Of course, Mr. Weasley’s car is not an ordinary Ford Anglia. Indeed, his light blue and white vehicle is deftly equipped with an Invisibility Booster, which can render it completely unseen within a matter of seconds. Oh, and did we mention it can fly as well? Anyway, this vintage beauty is simply loaded with allure, and unsurprisingly steals the show several times in this magical tale.

Creamy white with blue and red stripes and the number 53 shining on its gleaming bodywork. Meet Herbie, the Love Bug, a VW Beetle your kids are bound to label ‘so adorable!’, and even more so when they come to realise that he can display feelings like love and jealousy. Fifty years after its release, people still swoon of delight over this racing steel sweetheart, which has already spawned four sequels and one TV movie.

We reported earlier that Mr. Bond will adopt a Fiat 500 for his next movie, but deep down in our fuel-veined hearts we all know that 007’s true love is his Aston Martin DB5 (sorry, Bond girls). This splendid machine, probably Q’s finest gift, first enters the scene in Goldfinger and effortlessly makes jaws drop with its revolving number plates, smoke screen, oil dispenser, and ejector seat.

This retro stunner made its screen debut in the 1970s Starsky & Hutch TV series as the main means of transport for the eponymous detective protagonists. Due to its red lacquer, Hutch dubbed it the “Striped Tomato”, a name that was excitedly accepted by the fans. In this film adaptation, some kind of prequel to the series, the Torino gloriously returns as the Bay City cops’ favourite thief-chasing craft.

The DeLorean DMC-12 is unquestionably the core of this classic movie, which saw its immense popularity translated in two sequels. Much like Mr. Weasley’s and Mr. Bond’s cars, though, this silvery grey one is not meant for road use in this story. On the contrary, Dr. Emmet ‘Doc’ Brown’s creation boasts a ‘flux capacitor’, powered by plutonium (stolen from Libyan terrorists), which turns it into a state-of-the-art time machine.

The main function of this eye-catching Tour Vehicle is to transport visitors around the dinosaur park, passing Triceratops and Tyrannosaurus Rex along the way. Although the Explorer is far from being a show-stopper, the design is worth your time and fascination: a striking combo of sunflower yellow and lime green, streaked with scarlet and displaying the Jurassic Park logo on every side. Visitors’ comfort is assured by leather interiors and a drinking tap to quench the thirst after some open-mouthed dinosaur spotting.

“Aah, a bear in its natural habitat: a Studebaker.” Who are we to contradict the amazing Fozzie Bear? He looks truly dashing behind the steering wheel of his Studebaker, which he borrowed from his hibernating uncle. To protect Fozzie and travel companion Kermit the Frog from the evil Doc Hopper, Muppet Band The Electric Mayhem repaint/camouflage the initially murky brown car, turning it in a psychedelic colour explosion of electric blue, lemon yellow, moss green, topped with many white swirls and golden stars. Yep, we’re in love.

In this utterly charming road movie, this bright yellow bus is supposed to take the Hoover family from New Mexico to a beauty contest in California, but makes the trip a whole lot harder by gradually revealing more and more defects. After the clutch breaks, the Hoovers even find out that they have to push the VW Microbus until it hits 20 miles per hour (32 km/h), and then quickly run and jump back in.

Three parapsychologists hunt ghosts in the streets of New York City, and they do so in the Ecto-1, a white 1959 Cadillac ambulance. Instantly recognisable by the Ghostbusters logo on the sides, the Ecto-1 is the prime storeroom for numerous ghost-capturing devices, such as Proton Packs, the Ecto Goggles (to track down invisible ghosts), and Psychokinetic Energy Meters.

Granted, hospital worker Buck’s Pussy Wagon, used by the revenge-seeking Bride, hardly has the most refined nickname. Yet this poor epithet should not prevent you from smiling broadly at its look, dominated by fierce yellow and decorated with crimson flames. And as if those are not bad enough, the flattering name proudly ornaments the rear in bright pink capitals. Apparently, Lady Gaga did not seem to mind this retina-torturing style, as she gave the wagon a guest appearance in the video clip of her 2010 single, Telephone.