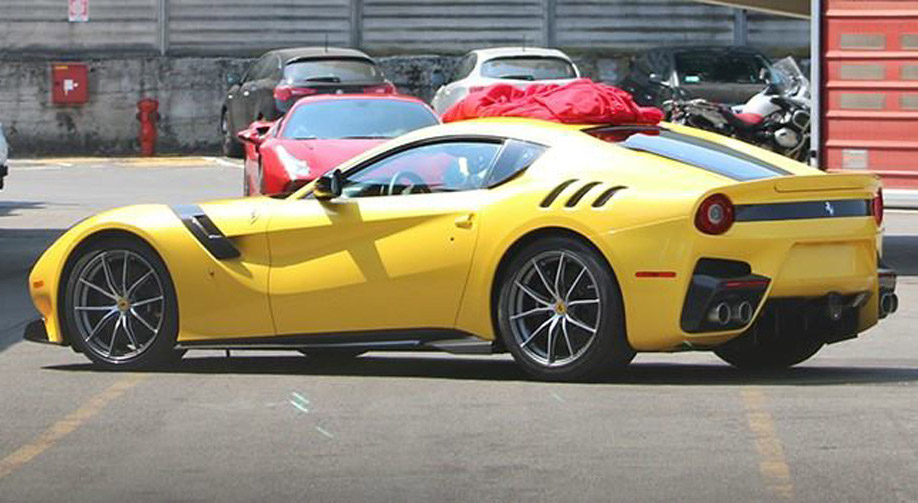 Ferrari will reportedly unveil the much-hyped F12 ‘GTO’ – or ‘Speciale’ – next week, becoming the company’s most powerful non-hybrid vehicle ever made. 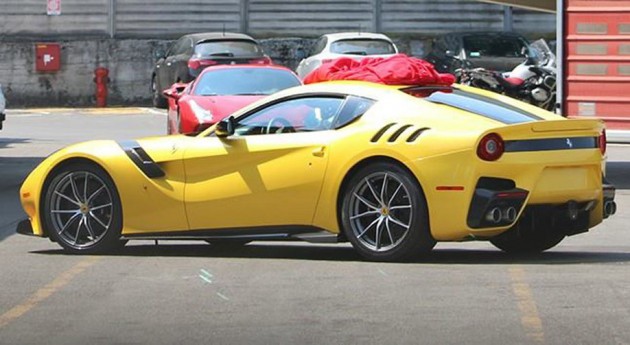 We’ve seen a few mysterious prototypes floating about around the company’s headquarters in Italy, however, it is still unofficial what the car is or what it will be called. All we know is it will be a unique, more focused version of the F12.

According to a thesupercarkids.com report, Ferrari will unveil the new model next week. It is set to wear either a ‘GTO’ badge or a ‘Speciale’ badge, featuring a range of bespoke styling and performance enhancements.

It’s understood the car will use a revised version of the current 6.3-litre naturally aspirated V12 engine, producing not 545kW but 567kW. This alone should be enough to shorten 0-100km times and the such.

If that’s not enough, Ferrari engineers have apparently lopped as much as 200kg from the F12’s 1630kg kerb weight. This would significantly improve the car’s power-to-weight ratio, resulting in better overall performance.

As previewed on a prototype (pictured above) the car is expected to come with a unique aero package with bigger front and rear spoilers, special air intakes and cutaways, and some special body trimmings. These are likely to contribute to increased downforce at high speed.

We might not have to wait very long to find out the full details, if the aforementioned report is accurate. It’s unknown at this stage if the model will be a strict limited edition in the case of a ‘GTO’, or if it will be a more mainstream model.