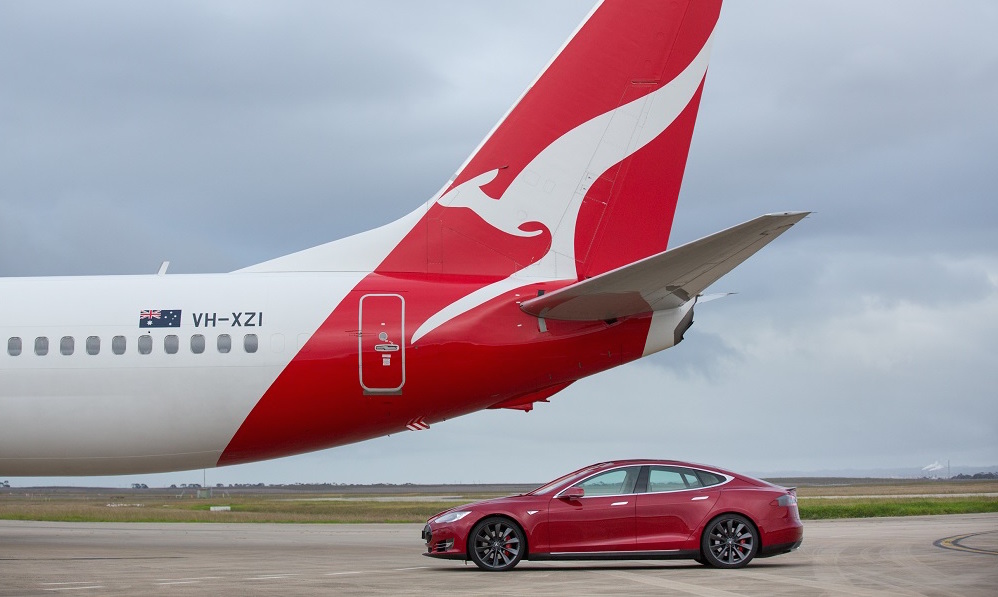 Tesla Australia and Qantas have teamed up to put together an interesting race between the Model S P90D and a Boeing 737-800 jet, taking place on a 3km runway at Avalon Airport in Melbourne. 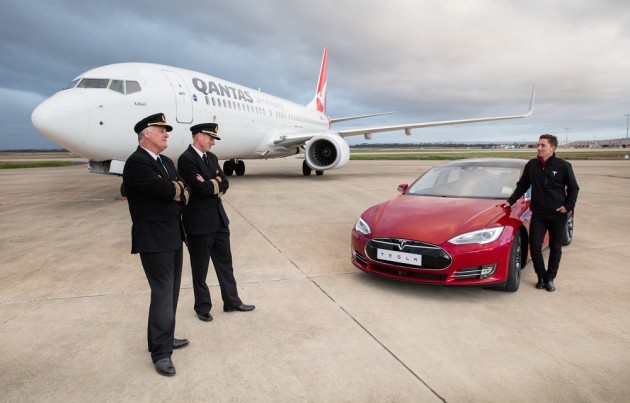 The two companies are working together on various initiatives, with both focusing on driving innovation for their customers and sustainability in transport. Tesla Model S owners receive Qantas Club membership, while Tesla wall connectors will pop up at Qantas Valet facilities in Sydney, Melbourne, and Adelaide.

Qantas says regular meetings will take place between the two companies in the future to investigate further opportunities between the two. Alan Milne, Qantas head of environment and fuel, said:

“Both our companies are passionate about continuing to push the boundaries of customer service, innovation and sustainability in the transport industry. What better way to celebrate working together than having a unique race – car versus plane.”

As for the race, the Boeing 737 features two CFM International jet engines that can generate more the 50,000 pounds of thrust, with a cruising speed of 850km/h. Flat out, the plane can almost hit the speed of sound (1235km/h).

In the EV corner is the Model S P90D with the Ludicrous speed pack. It features two electric motors generating 397kW combined, with a 0-100km/h time of just 3.0 seconds and a quarter mile of 10.9 seconds.

Which is quickest? Check out the video below to find out.