An incredible Ferrari 612 crash occurred in Moscow, Russia, last week, splitting the car into two pieces. The aftermath of the crash is simply unbelievable. 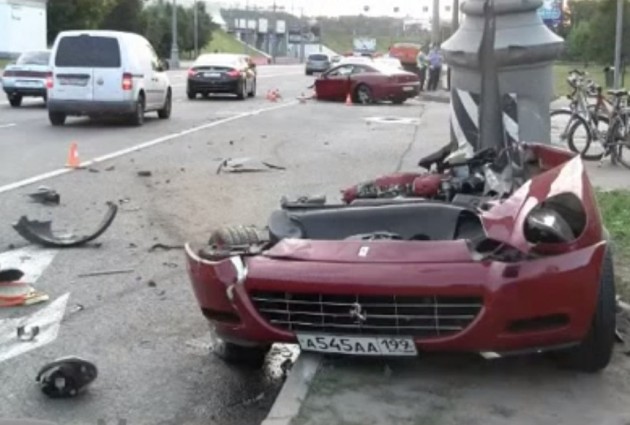 According to reports, the four passengers that were travelling in the Scaglietti during the crash escaped without serious injury. In fact, only the driver was said to have suffered minor injuries. 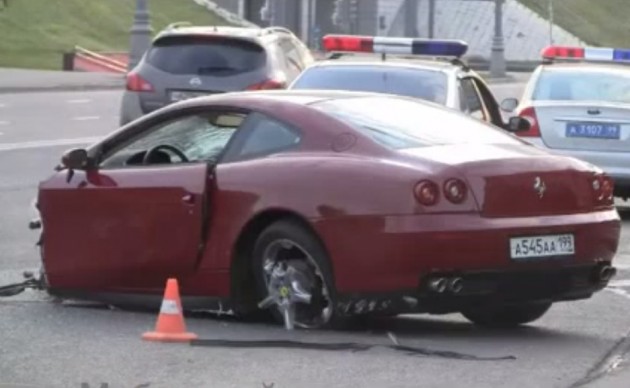 It appears the 612 slid sideways towards a rather large power pole, which seems to have had a cheese knife effect, slicing the Ferrari in two. As you can see, the 612 is completely torn apart, with the cabin relatively intact. 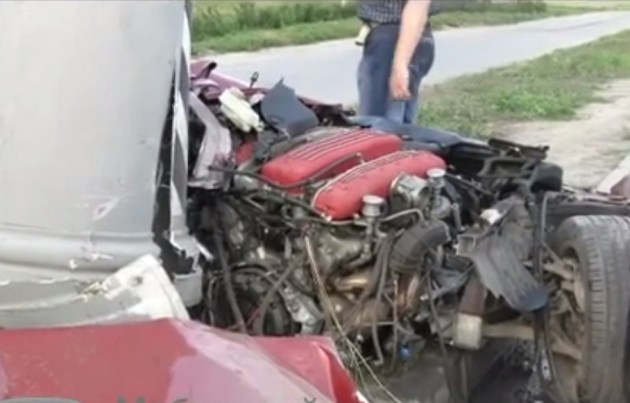 The engine bay and the 397kW 5.7-litre V12 engine sit at the pole while the cabin looks like it was slung a few metres down the road.

Although it’s unknown if speed was officially a contributing factor in the incident, it would have taken considerable momentum to tear the Ferrari in two.