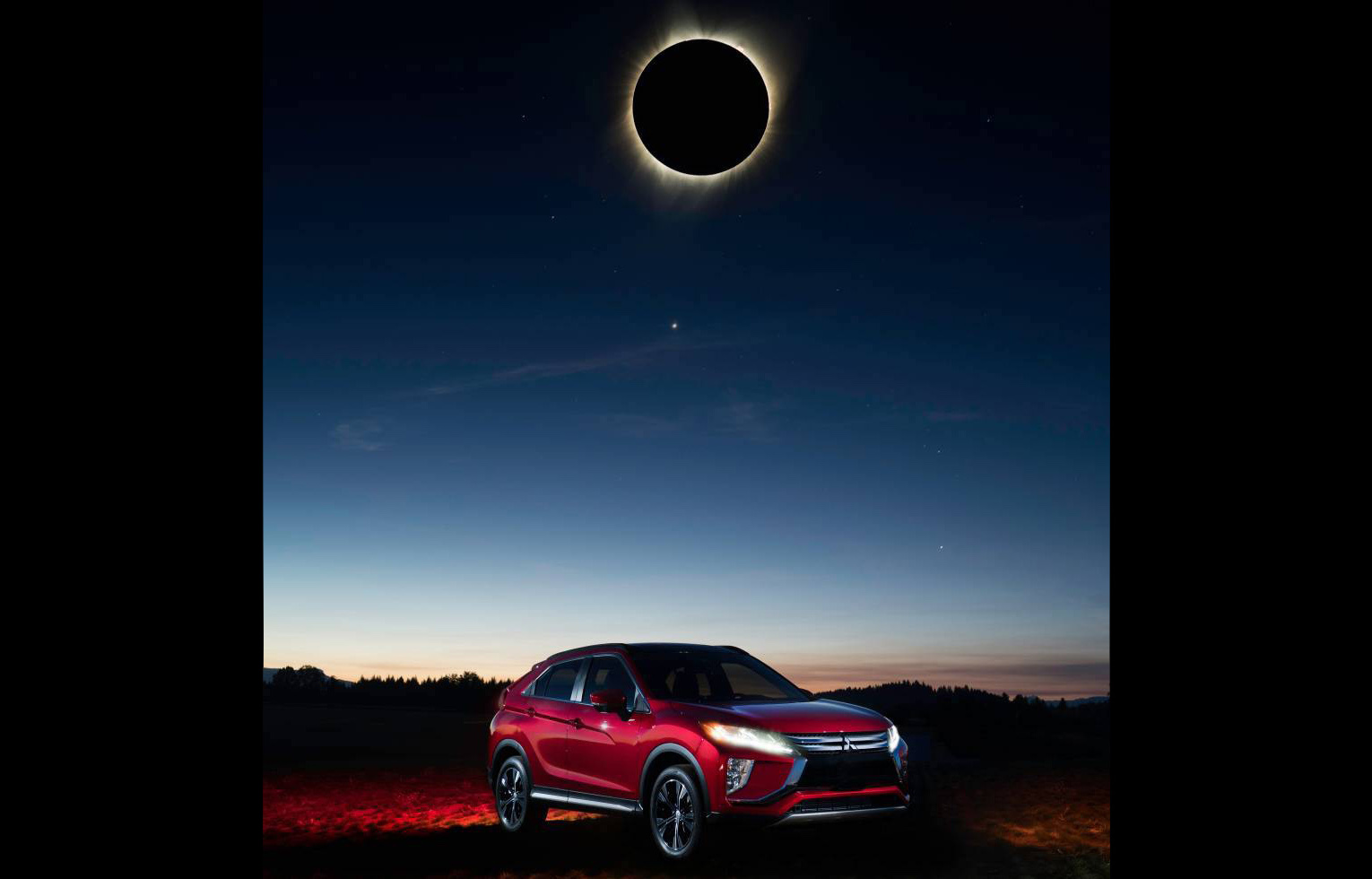 The marketing gurus at Mitsubishi Motors have jumped at what could be the best-ever opportunity for a publicity stunt with its new Eclipse Cross, getting a photo with the recent total solar eclipse in North America. 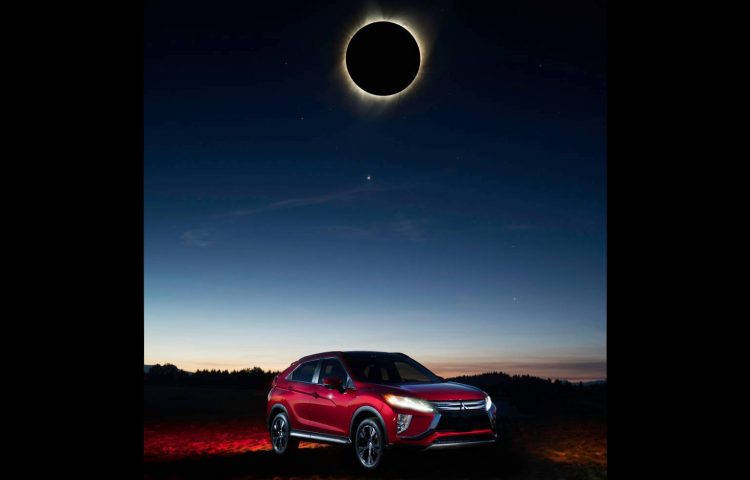 It was the first time a total solar eclipse worked its way across the US in 99 years, and Mitsubishi managed to sneak in its new Eclipse Cross SUV just outside Salem in Oregon to snap perhaps the perfect billboard selfie. Speaking about the stunt, Francine Harsini, senior director of marketing at Mitsubishi North America, said:

“It was an unprecedented marketing opportunity that we just couldn’t let pass us by. It’s a big year for us at Mitsubishi Motors, and to kick off the campaign for the all-new Eclipse Cross by successfully capturing content beneath a total eclipse of the sun was monumental.”

The Eclipse Cross also made its TV debut on Good Morning America in New York City’s Time Square, and Mitsubishi was the exclusive sponsor of ABC News’s ‘The Great American Eclipse’ coverage.

As for the Eclipse Cross, you may have already seen and heard about it, but to refresh your memory it will come in to slot between the ASX and the Outlander. An Australian debut has been confirmed for late 2017, while the North American market will receive it early in 2018. 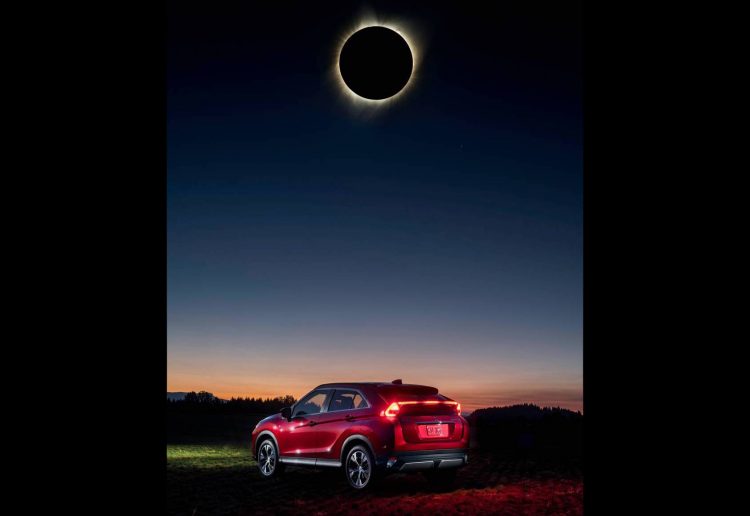