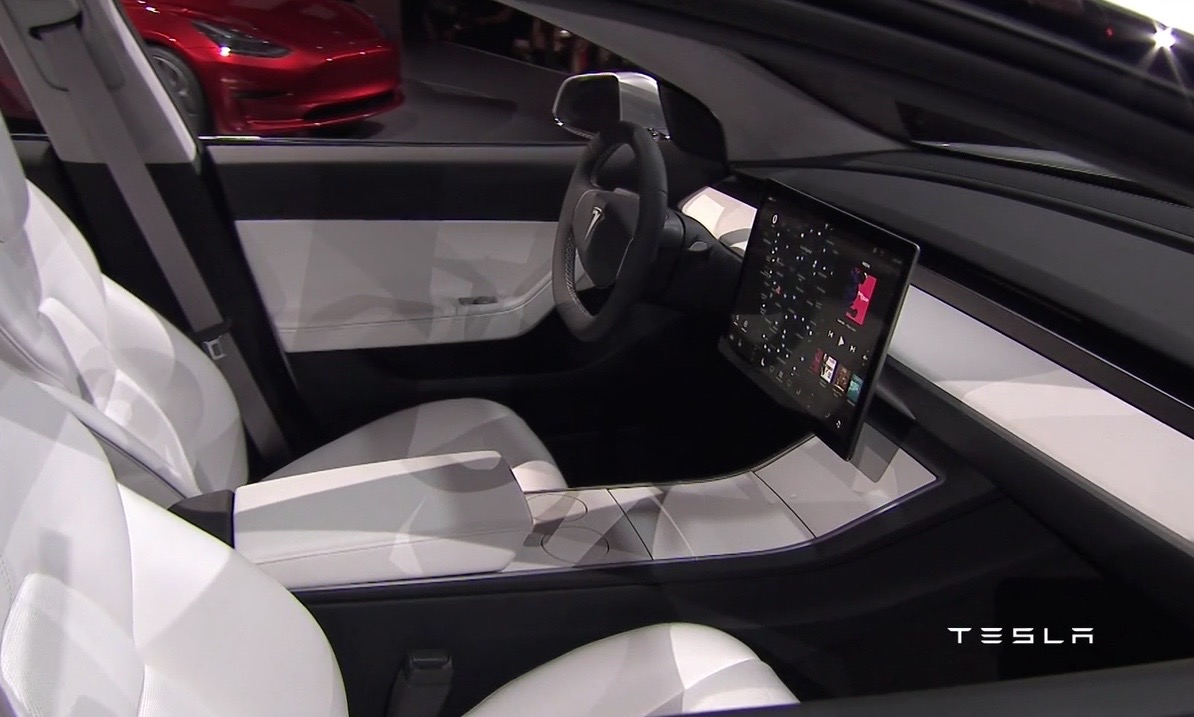 It’s been a long time since we’ve heard anything about Tesla’s disruptive Model 3 sedan- the final piece of Elon Musk’s Secret Master Plan 1 to democratise electric cars and a record setter for pre-orders. 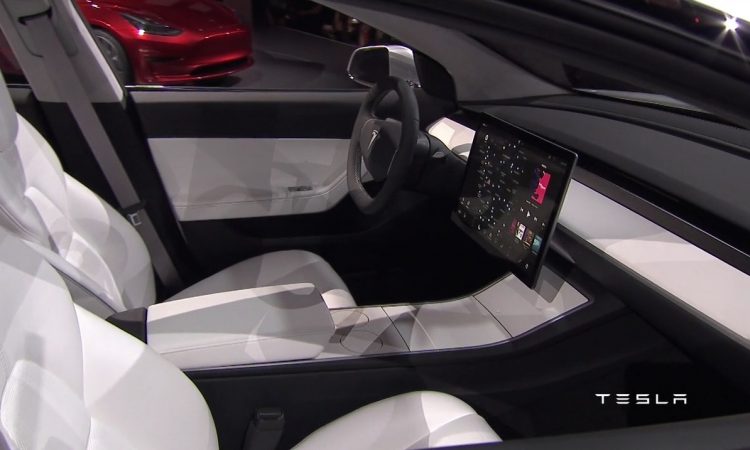 The car is supposed to land late this year, but the second instalment in the Model 3 updates detailing the production-modified interior and exterior has yet to be detailed.

A new rumour on Jalopnik suggests the very minimalist interior, with no visible vents, hides a revolutionary new HVAC system, which works like a Dyson Airblade fan. A source, claiming to be close to Tesla, told Jalopnik: ” …the A/C system uses the entire width of the dash to blow air from a centrally mounted fan.”

This means a central fan could force air through recesses behind the dash, also promising to be bereft of the fan noise that is common to most cars.

The production ready Model 3 will bow some time this year. Other clues to the interior include Elon Musk tweeting the car would have ‘spaceship steering controls’, instead of the spartan two-spoke affair seen at the car’s initial unveiling last March. A spy shot hit the web last year showing a three-spoke steering wheel.

The interior is very minimalist, with only one central screen incorporating the speedometer and climate controls. A heads-up display may give speed information in the driver’s sight line. All models are expected to offer at least 320km range and a 0-100km/h time of under 6.0 seconds.