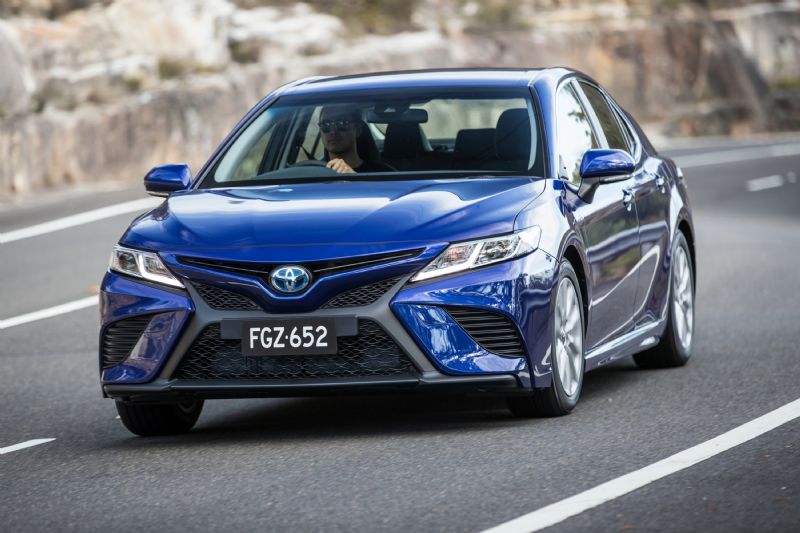 National vehicle sales figures have been released thanks to the April 2018 VFACTS report, with the numbers showing a 3.3 per cent jump in overall sales for the first four months of the year compared with the same period last year. 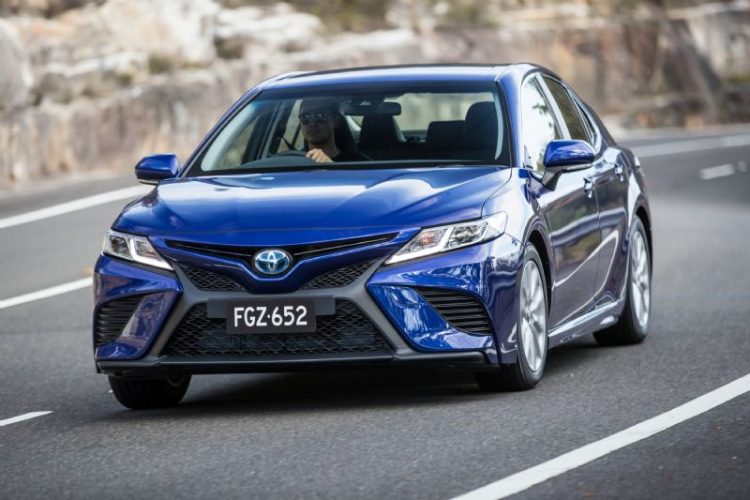 Standing proud at the top of the most popular vehicle brands during April is Toyota. Sales for it are seemingly unstoppable, with April’s figure 3.5 per cent up on the efforts it achieved in April last year. Year-to-date (YTD) sales are also up 7.0 per cent for the Japanese brand. Lower down you’ll see it has three vehicle models in the top 10 best-sellers list.

Fortunately, Holden has bounced back (somewhat) from its dismal 10th spot effort in March, now sitting in a more respectable sixth spot. Even so, the forecast doesn’t look good for the poor local brand, with April sales down 21.2 per cent compared with April last year, and down 22.5 per cent for year-to-date from last year. In other areas, we see Kia has moved up to seventh, with Volkswagen out of the top 10. See below for the top 10 best-selling brands during April 2018.

As for the best-selling model for the month? It was the Toyota HiLux once again. It must be celebrating is 1000th consecutive month at the top. It was closely followed by its stablemate Corolla, leaving the Ford Ranger and Mazda3 rivals to third and fourth. At the other end of the top 10, the Toyota Prado joins the list for the first time in a while, with the Holden Colorado just joining the party as well. The top 10 best-selling vehicles for April 2018 were as follows:

Small Cars under $40,000 – Over in the competitive small car class the Toyota Corolla dominates, and is expected to continue when the new model arrives (pictured below). All of the top 10 best-sellers remained in their spots from the previous month, except the Subaru Impreza moved up one spot, and the Mitsubishi Lancer moved up one spot. The top 10 best-selling small cars in April 2018 were as follows: 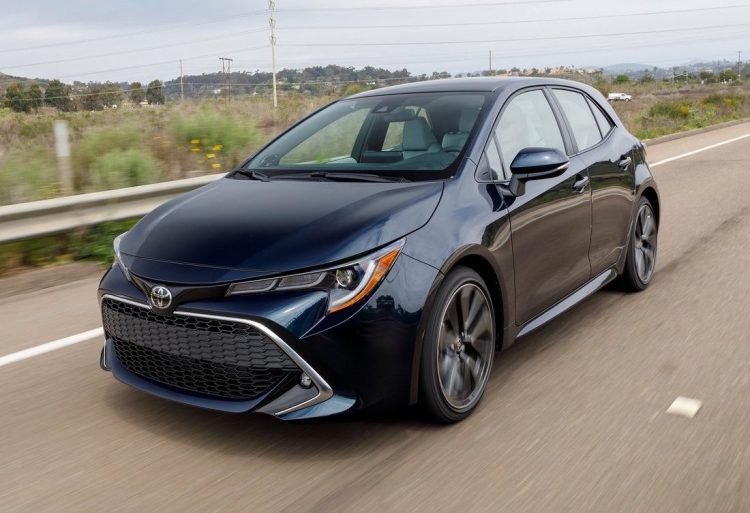 Medium Cars under $60,000 – The Toyota Camry is experiencing a minor drop in sales it seems, with some blame likely attributing to the closure of the local factory and locally-made model being replaced by a larger, imported version (albeit an excellent model). Year-to-date sales are down 25.6 per cent. However, it is still well out in front of all competitors. The Mazda6 is dropping right down, with YTD figures down 18.2 per cent, while the Ford Mondeo is also experiencing a drop of 34.5 per cent. The top five best-selling models in this class for April 2018 were as follows:

Medium Cars over $60,000 – Into the luxury stuff, it’s the Mercedes C-Class that continues as king. However, its YTD figure is down 25.2 per cent. The nearest rival, the BMW 3 Series, is experiencing a 17.2 per cent positive for YTD. The top five best-selling vehicles in this class during April 2018 were as follows:

Large Cars under $70,000 – The Holden Commodore is continuing to dive, sadly. Across YTD, sales are down 54.8 per cent, while April sales are down 59.3 per cent compared with last year. Sales for the iconic nameplate are also down significantly on March 2018 efforts. Meanwhile, the Kia Stinger seems to be ready to swoop in where the Aussie sedans left off. The top five best-selling vehicles in this class for April 2018 were as follows: 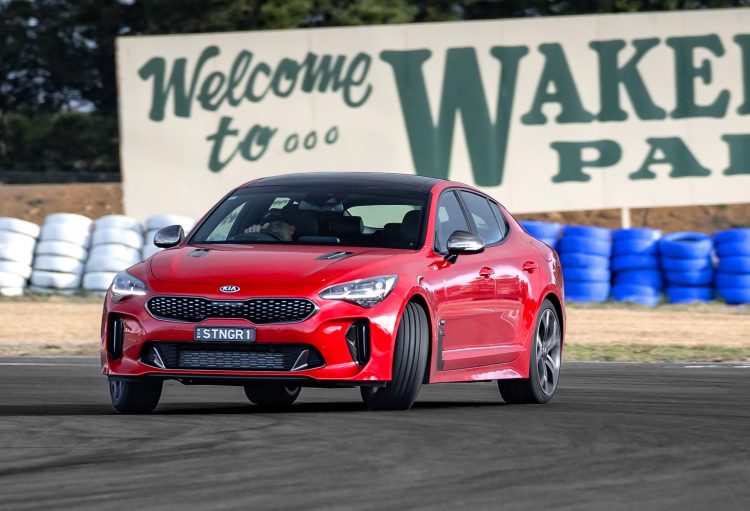 Large Cars over $70,000 – Moving up a level, the Mercedes E-Class is blasting through the charts. It easily out-sold any of its rivals. The BMW 5 Series is holding on reasonably well, but all others are being left in the dust. The top five best-selling vehicles in this class in April 2018 were as follows:

Sports Car under $80,000 – Sportscar fans are still showing lots of love for the Ford Mustang, as it continues to dominate the charts. However, YTD sales are down 16.6 per cent, potentially showing some disinterest as fans wait for the new model to arrive later this year. BMW is doing pretty good with its 2 Series, with most of the other rivals some distance behind the two front-runners. The top five best-selling vehicles in this segment for April 2018 were as follows:

Sport Cars over $80,000 – More seriously, the Mercedes C-Class two-door models are taking the crown here. Like previous months, its bigger brother, the E-Class two-door, is following right behind in the more premium class. It looks like the new Audi A5 is showing decent popularity too, matching the BMW 4 Series. The top five best-selling models in this category for April 2018 were as follows: 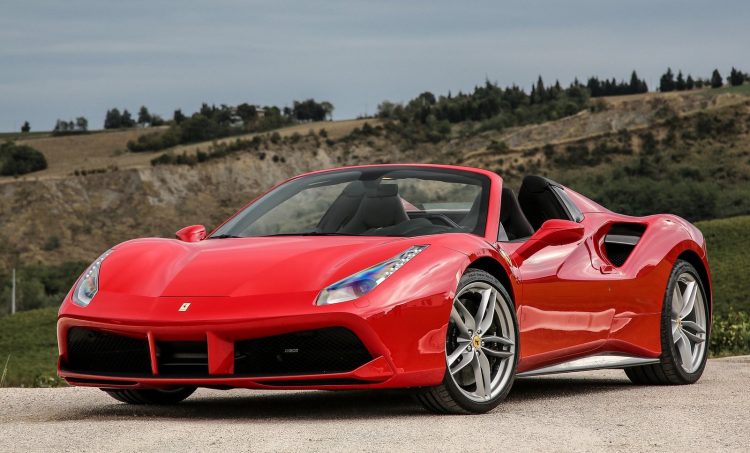 Sport Cars over $200,000 – If money is no object, the Porsche 911 is the obvious favourite. Meanwhile, Ferrari models are showing response among Aussies, with its YTD figure up an impressive 39.7 per cent. Lamborghini sales (10) are up 4.4 per cent YTD, and McLaren sales (6) are down 18.9 per cent YTD. The top five best-selling vehicles in the class during April 2018 were as follows:

Combined 4×2 and 4×4 ute – Utes seem to be taking over the world. Well, at least taking over Australian vehicle sales. And recently there have been a few newcomers to the class to help shake things up a bit. The Mercedes-Benz X-Class dives onto the scene and jumps straight into ninth spot, with the LDV T60 rounding out the top 10. The top 10 best-selling utes (4×2 and 4×4 combined – excludes LandCruiser) for April 2018 were as follows: 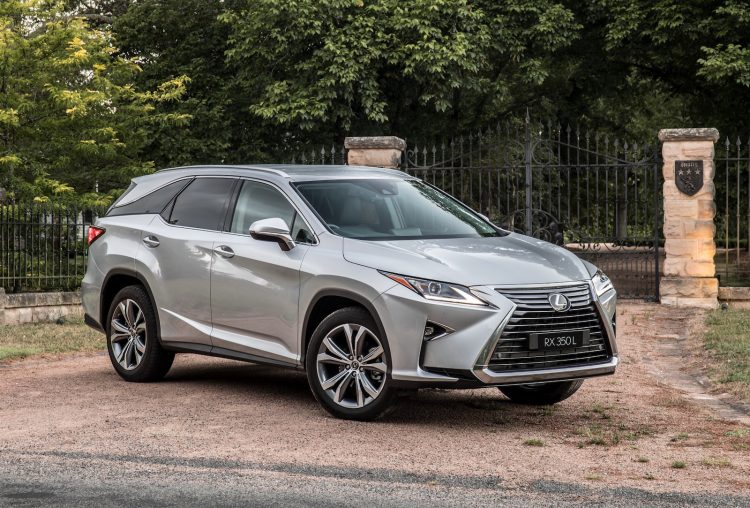 Over in the increasingly popular SUV segments, the Hyundai Tucson overtook the Mazda CX-5 to become the best-selling SUV of the month. In specific classes, we see the Lexus RX has moved to the top of its segment, while the Mercedes-Benz GLC becomes the best-selling premium SUV for the month.

The top three best-selling SUVs in all categories for April 2018 were as follows:

Total new vehicle sales in Australia in April were down on March figures. During April, Australian consumers bought 82,930 vehicles according to VFACTS compared with 106,988 in March. Sales for the month are down 0.2 per cent compared with April 2017, and year-to-date sales are up 3.3 per cent.