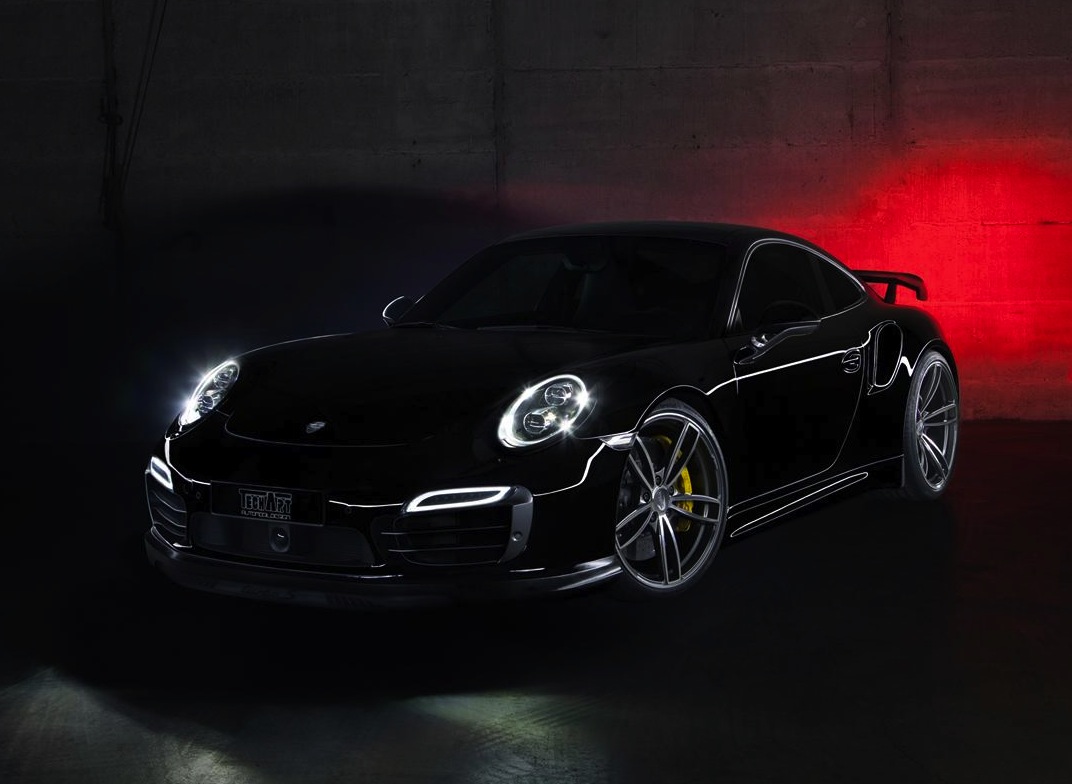 Renowned Porsche tuner TechArt has revealed its latest styling kit for the new 991 Porsche 911 Turbo just ahead of its Essen Motor Show debut. The kit gives the iconic supercar a sinister, stealthy presence, like it’s up to no good. 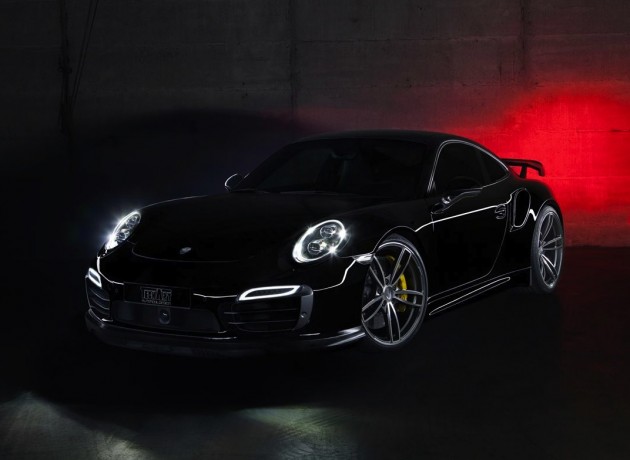 At the front, the upgrade gives the 911 a new, more aggressive face with a low chin spoiler for a GT2-GT3-style approach. There’s also some highlighted detailing for some added depth and revised intake vents.

Around at the back you’ll see the notoriously menacing 911 Turbo look is amplified via a chunkier diffuser setup, extra vents, and a large rear wing. There’s also a set of stainless steel exhaust pipes letting you know it means business.

To keep weight to a minimum and performance to a maximum, all of the body additions are made from lightweight carbon and polyurethane composites. 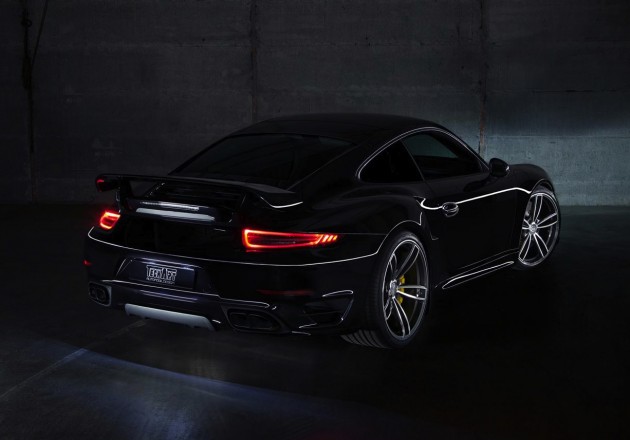 In terms of mechanical enhancements, TechArt does have plans to offer a power-up package. For now, the kit includes a sports exhaust system with a valve-controlled muffler, as well as a set of lightweight 20- and 21-inch dark two-tone alloy wheels.

In its standard form the 991 911 Turbo features a 3.8-litre twin-turbo flat six producing 383kW of power. It’s able to sprint from 0-100km/h in just 3.2 seconds when optioned with the Sport Plus pack.

TechArt will debut the package at the Essen Motor Show, which is generally regarded as the European equivalent of the SEMA show. It kicks off on November 30.