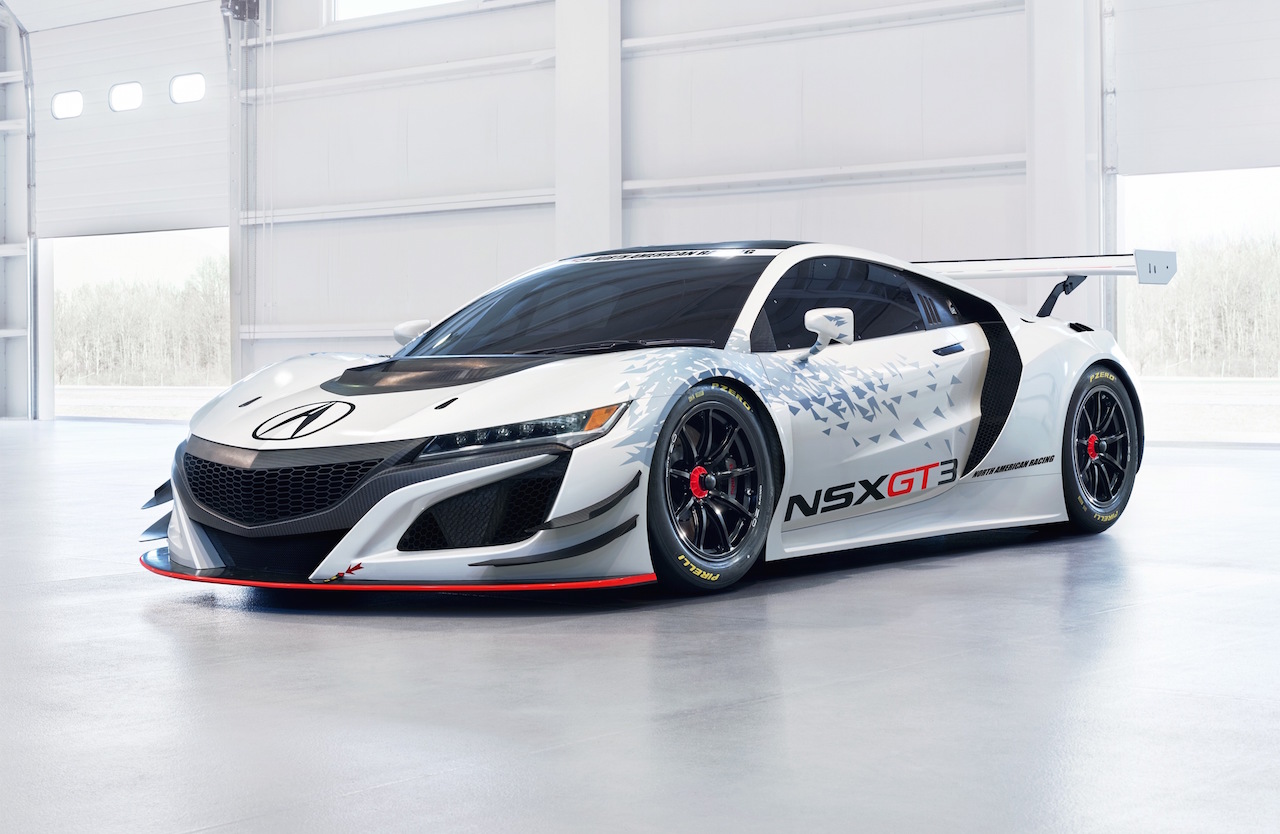 Honda’s US brand, Acura, has not only made a surprise appearance at the New York Auto Show with a cool new NSX concept racer, it has also confirmed its intention to go racing with it next year. 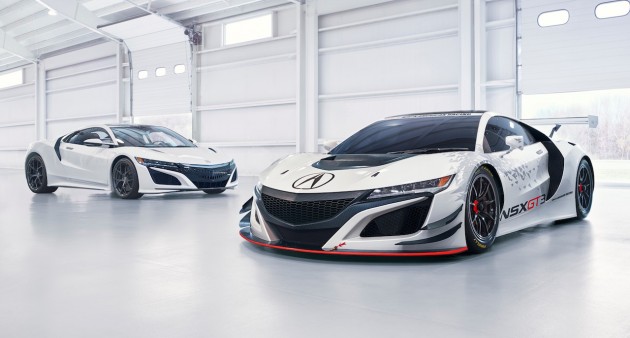 Based on the all-new NSX, the racer has been designed to meet FIA GT3 regulations. Interestingly, it does without the hybrid component as featured in the road-going version, instead making do with the 3.5-litre twin-turbo V6 only.

The 3.5-litre V6 engine uses the same specifications as the production engine, with the factory block, heads, valvetrain, crank and pistons, and dry-sump lubrication system. Unlike the road car though, which uses a nine-speed dual-clutch auto, the NSX GT3 racer uses a six-speed sequential unit with rear-wheel drive.

Also carried over from the production model is the high-strength and lightweight multi-material body and aluminium-intensive spaceframe chassis. It has been revised to suit motorsport though, and does without the usual road-going trimmings and uses a full roll cage system.

“The NSX was designed as a pinnacle expression of Acura Precision Crafted Performance, and we’re looking forward to proving out its ultimate performance capabilities in GT3 racing.”

Honda Australia will launch the new road-going NSX later this year. It’s expected to be priced well above $250,000.