When American tuning company Hennessey Performance develops an upgrade package, it doesn’t do it by halves. Meet the company’s latest project; the Venom 700R and Venom 1000R, based on the new SRT Viper. 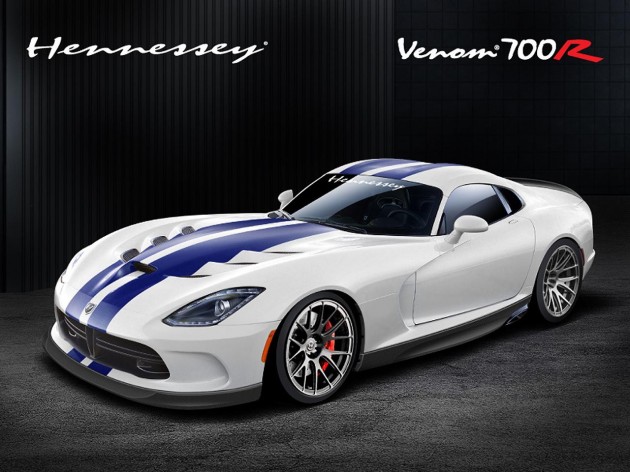 We’ve said it before and we’ll say it again, when you’re tuning something that’s already at a pinnacle level, what you’ll end up with is something truly out of this world. Hennessey has released some previews to packages it is planning for 2013 SRT Viper.

The company is developing two different stages of tune; the 700R and the 1000R. In standard form the SRT Viper comes with an 8.4-litre naturally aspirated V10 engine producing 477kW and 814Nm.

After some work is done to the heads, a new exhaust system is fitted, and the engine computer is retuned, the 700R’s output will rest at 540kW and 941Nm. Acceleration from 0-100km/h will be possible in 3.1 seconds, with a quarter mile coming up in 10.7 seconds. 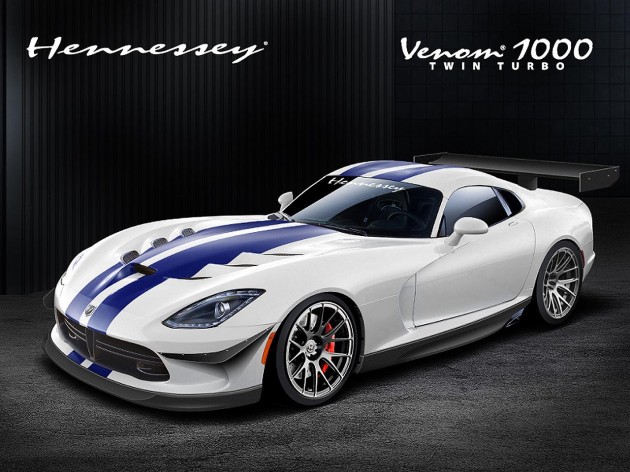 For most, this would easily be enough. For insane individuals wanting more, the 1000R is coming. It features a twin-turbo setup bolted onto the V10 taking power out to a colossal 835kW.

The torque figure of 1479Nm is equally as mind-bending, allowing for 0-100km/h in just 2.7 seconds. At the drag strip, the quarter mile is achieveable in just 9.7 seconds.

What an absolute beast of a package. Pricing details are yet to be announced.