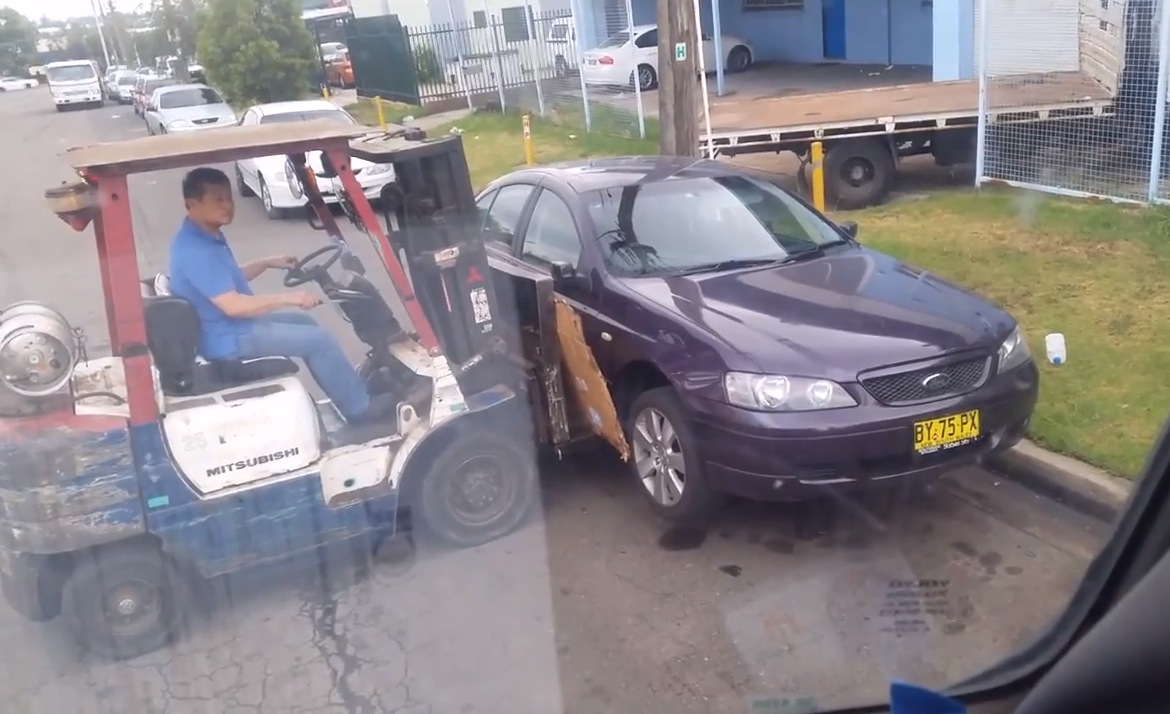 Apparently, parking your car in a legal spot doesn’t mean it will still be there when you come back. A couple of workers in Sydney recently decided to relocate a Ford Falcon sedan by using a forklift to make way for a delivery truck. 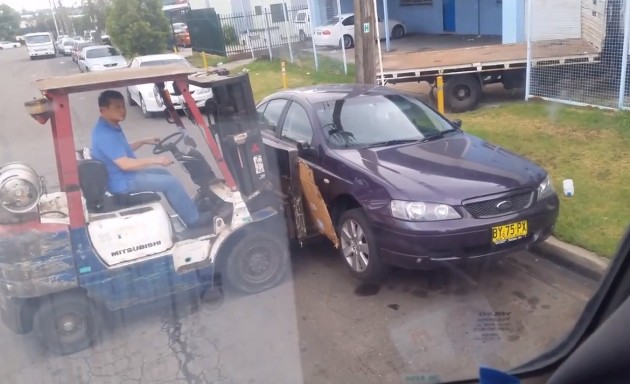 The reason for it seemed to be that a large delivery truck needed to get inside the yard to deliver a container. The video capturing the entire incident was posted on Facebook yesterday.

The owner of the car was nowhere to be seen, so the guys moved the sedan by themselves. They even use a piece of cardboard to prevent any side scratches – it might not be the most effective method, but at least they tried we guess.

At the first attempt the car almost fell off the forklift, but fortunately the driver stopped early enough. The second try was successful. The forklift operator managed to pick up the Ford and carry it to the other side of the street, problem solved.

You would think the owner of the Ford Falcon wasn’t too happy about the incident. But the car was spotted this morning and so far the police haven’t received any complaints. What do you think? Would you be complaining?