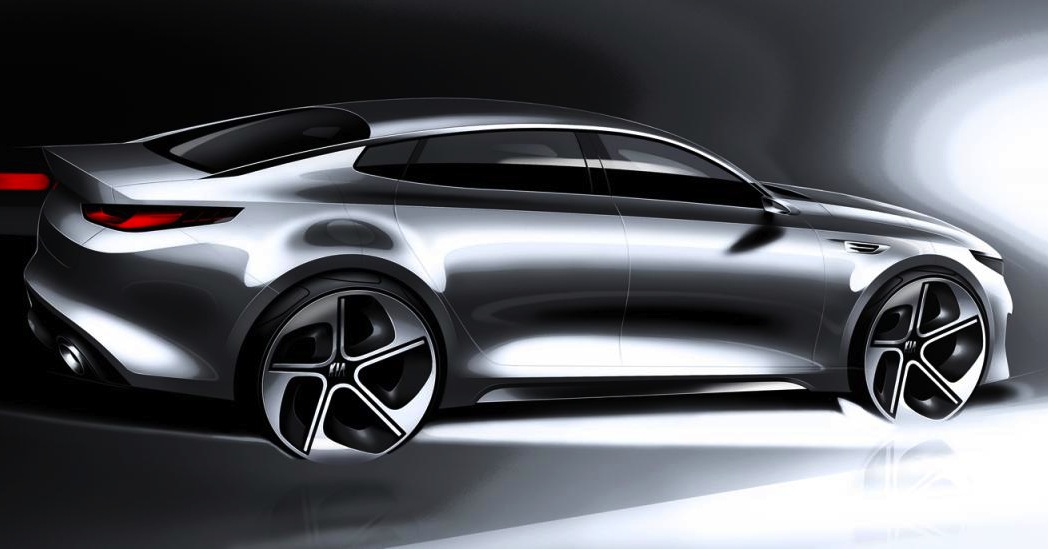 If you like the look and the idea of the sleek Kia Optima, the Korean brand has plans to introduce a new concept at the New York Auto Show which will inspire the next-gen model. 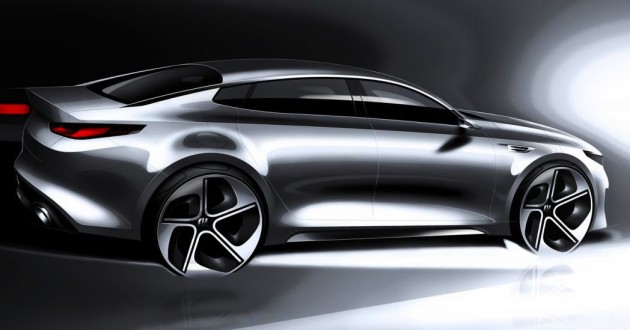 As seen here in these concept teaser images, the next-gen Optima looks like it will go for an even more sporty design. The front end is more aggressive with a larger integrated front spoiler, more muscly side skirts, and a lower profile roofline and cabin glasshouse.

We had a first-glimpse of the next Optima with the SPORTSPACE concept from the Geneva Motor Show earlier this month. And these sketches seem pretty similar, only this is a four-door sedan and not a wagon.

Specific details on the new model are yet to be confirmed, and it’s the same case for the concept. There’s speak of a hybrid powertrain sitting beneath the body though, while the new 2.0-litre turbo-petrol engine found in the Hyundai Sonata is a worthy candidate.

All of the details will be revealed at the 2015 New York Auto Show which starts on April 1. The eventual production version is expected to appear towards the end of the year.