The new 2013 Dodge Viper is set to appeal to a wider range of the market, Dodge boss has said, offering improved comfort, more equipment and more technology. It won’t lose its brute horsepower personality though, don’t worry. 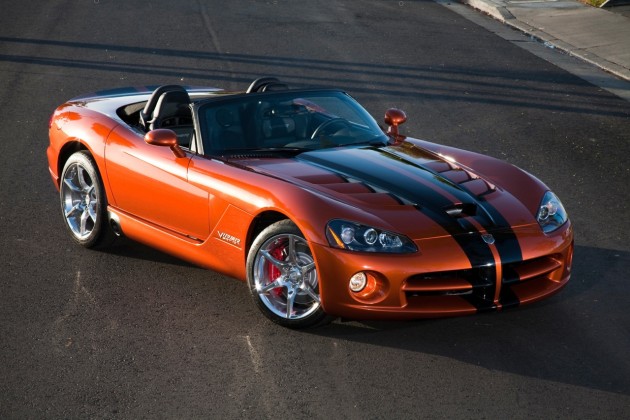 It may not sound like the raw and anabolic Dodge Viper we’ve all come to love, but Dodge is looking to attract more buyers to its new model, while still maintaining that rugged edge and outright power attitude.

According to a recent Automotive News report in the US, the 2013 Dodge Viper will be unveiled some time in 2012. The publication was able to talk with Dodge boss Reid Bigland about the new model who revealed some intriguing details.

Bigland said that the previous models were like road-registered race cars whereas the new model, borrowing some technology under the company’s new Fiat partnership, will offer more civilisation, so to speak. Bigland said,

“It was a little crude in the past, and to a certain extent that was its appeal because you really needed to have your wits about you when you got behind the wheel to keep that thing on the road. And that thrill of driving a Viper was kind of unlike any other.

“I think it still will be a thrilling ride with respect to the new one but offer a few more creature comforts that people come to expect in a high-performance vehicle today.”

He promises that fans of the original Viper won’t be disappointed though, saying,

The new model is set to feature technology like traction and stability control, and is rumoured to be powered by an 8.7-litre V10 churning out well above 600hp (448kW).

We’ll keep you posted as more details are revealed, and provide any pre-unveiling coverage and leaks.