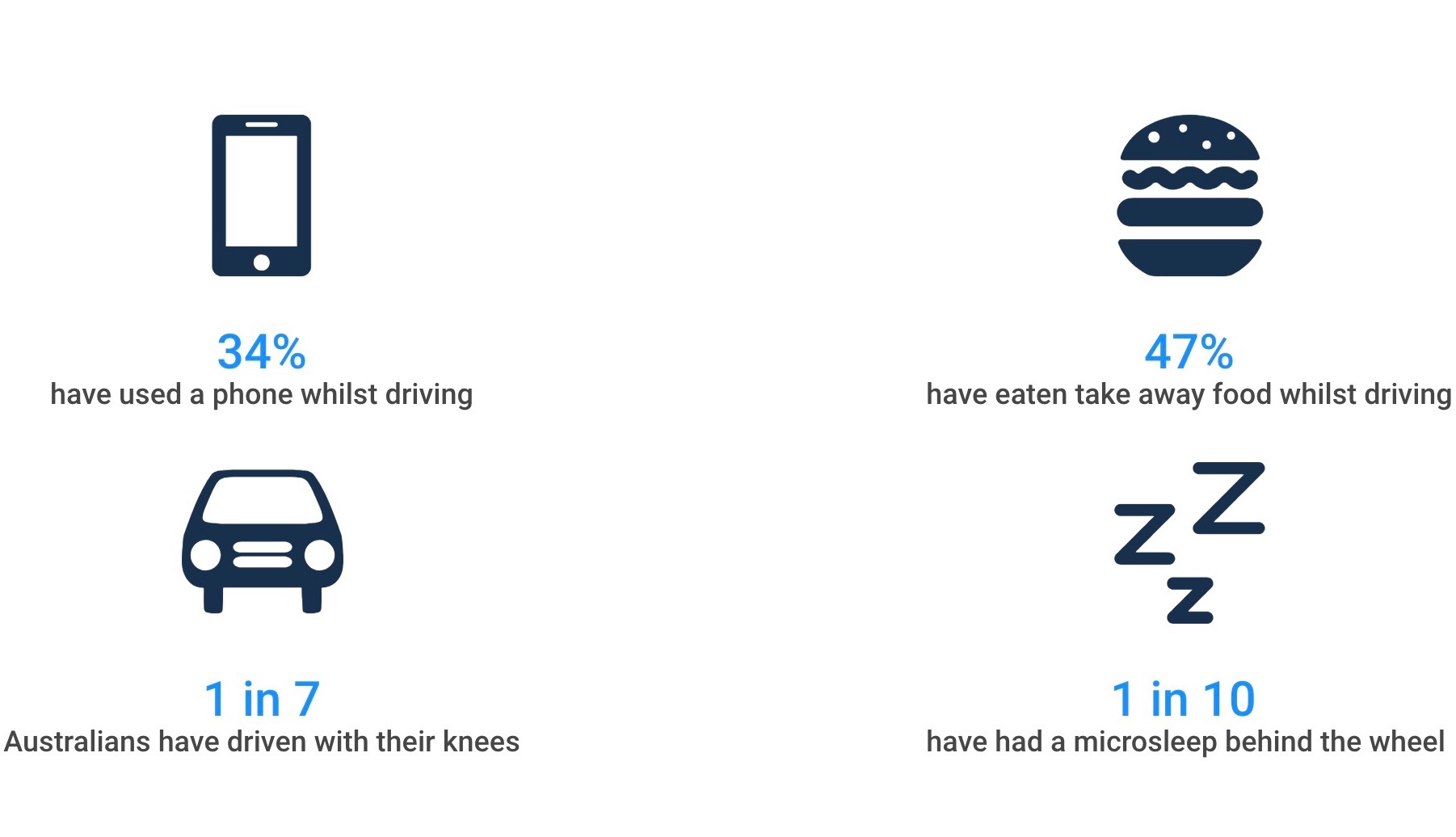 The equivalent of 10.9 million Australians have admitted to risky behaviour behind the wheel, according to statistics published in a new survey. 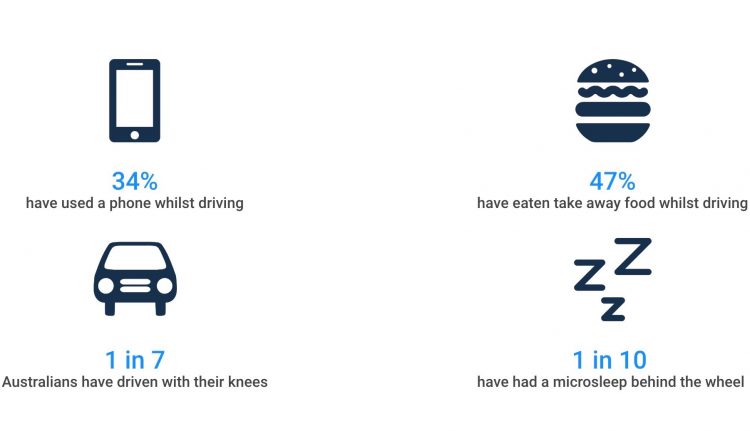 The 2018 Safe Driving Report , published by Finder.com.au, polled 1800 Australian drivers and found the majority of Aussies, 62 per cent, according to the results, have admitted to dangerous driving. The survey says this is representative of 10.9 million dangerous drivers across Australia.

The most common dangerous driving habit is, according to the survey, driving while eating takeaway food. As much as 38 per cent of survey respondents admitted to doing this, while driving in thongs and sending a text message came in second and third, with 31 per cent and 20 per cent, respectively.

Smoking (14%), reaching back to deal with children or grab a bag (13%) and answering a phone without a hands-free set up (13%) rounded out the top five most dangerous habits of Australian drivers.

According to the survey, parents of young children are four times more likely to text and drive (43%), in contrast to parents with adult children (9%). 25 per cent of respondents have used a phone, 1 in 10 have driven with their knees, and 1 in 20 have had a microsleep behind the wheel.

Unsurprisingly, generation Y are the riskiest drivers on the road, with almost 4 in 5 drivers admitting to some form of dangerous habit, particularly phone usage which stands at 41 per cent. What’s more surprising is that, according to the survey, females are more likely than men to eat takeaway food behind the wheel: 41 per cent compared to 36 per cent, and to drive in thongs: 34 per cent to 28 per cent.

Bessie Hassan, car insurance expert at Finder.com.au, is warning drivers to contemplate the consequences of driving with a set of bad habits.

“I’m sure everyone is guilty of doing at least one of these before, but drivers shouldn’t be sacrificing their safety for the sake of convenience. While eating or smoking while driving may not sound particularly problematic, but the reality is that anything that causes a driver to take their eyes off the road can be dangerous.

“Most concerning is the high use of phones behind the wheel, however the good news is that this has decreased year-on-year. Overall, phone use is down to 25% from 34% in last year’s research,” Hassan said.