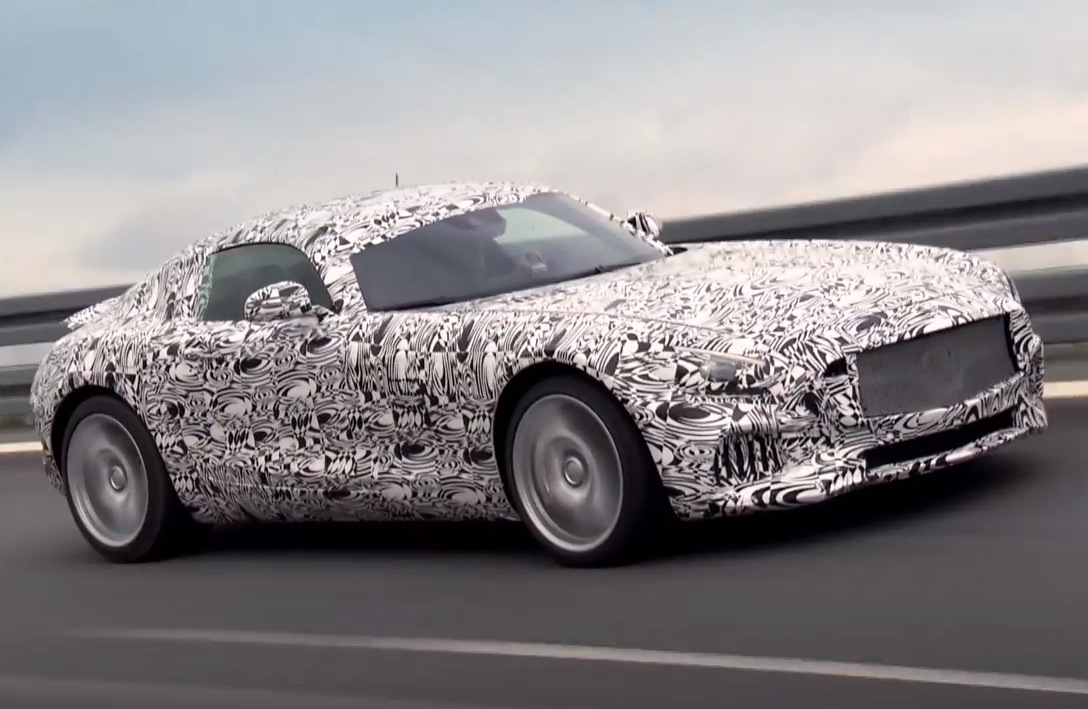 It’s been confirmed, Mercedes-Benz will finally unveil the all-new Mercedes-AMG GT sports coupe next week. The company has been doing a great job building up suspense with countless teasers and previews in recent months. 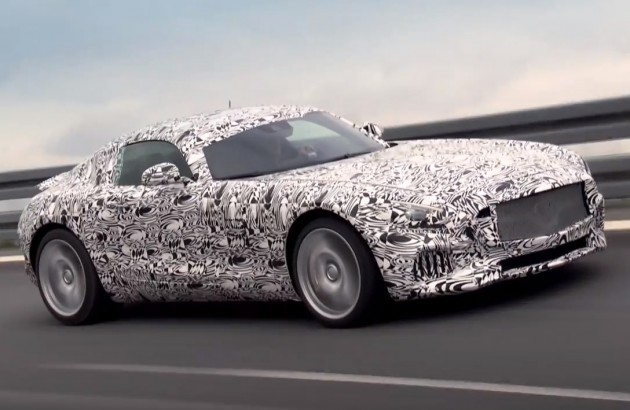 The Mercedes-AMG GT will become the brand’s new sports coupe, sitting beneath the flagship SLS AMG in the sports car market. It’s slightly smaller than the SLS, with a similar long-bonnet, short-overhang profile.

Under the bonnet the GT debuts a freshly-engineered 4.0-litre twin-turbo V8 producing 375kW of power at 6250rpm, and 650Nm of torque between just 1750rpm and 4750rpm. Acceleration figures haven’t been mentioned but we can expect 0-100km/h to come up in under 4.0 seconds.

In this latest teaser not much else is revealed, partly because the company has released so many teasers now that pretty much all details are out. An entry level GT is apparently on the way producing 340kW, while the 375kW version will be called the GT-S.

Behind the engine sits a seven-speed dual-clutch automatic transmission feeding grunt into a high-performance rear-wheel drive system. Drivers will be able to select between a number of driving modes, each of which alter not only the suspension and steering sensitivity but also the exhaust note.

Inside, passengers are treated to a typical AMG decor with soft leathers, Alcantara, bucket seats, special aviation-inspired dials and vents, and a comprehensive multimedia interface.

All will be revealed on September 9, with market entry expected to take place early next year. It will make its first public outing at the Paris Motor Show in October.