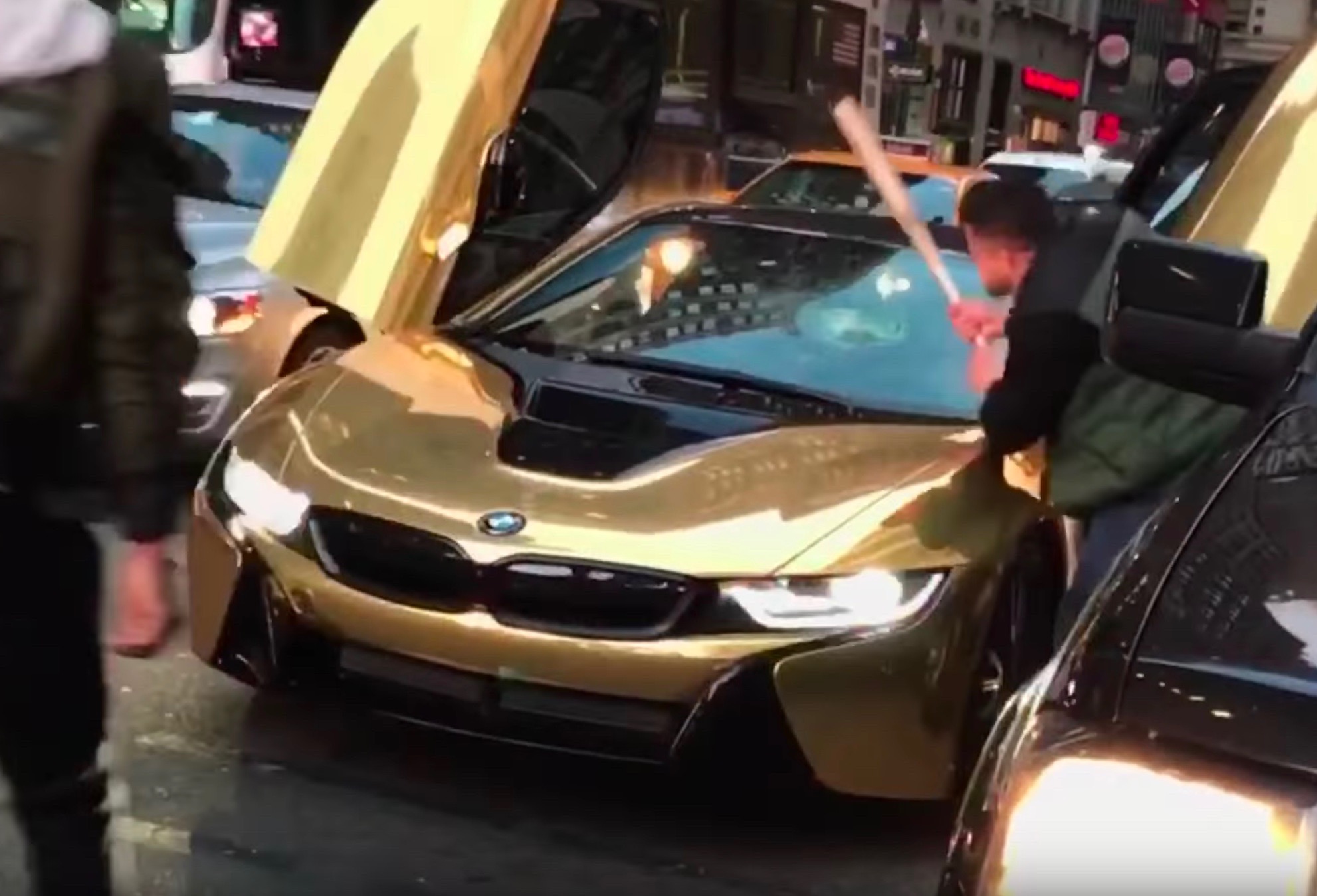 A frustrated commuter in New York City has taken justice into his own hands and smashed the windscreen of a BMW i8 with a baseball bat.

The i8 in question, covered in a gold vinyl wrap, is owned by a popular YouTuber Coby Persin, who seemed to be blocking a busy New York street to take photographs of him and a friend… Not parked on the side of the street, but parked rather obnoxiously in traffic.

Despite the constant sound of horns as frustrated commuters passed the two, they continued to pose for the camera, which was ultimately the final straw for one man. A man in a vest parked behind opens up the boot of his car, reaches for a baseball bat, and what ensues is no less than the ultimate incarnation of instant-karma.

He gives the i8’s windshield one striking blow, shattering it before heading back to his car to continue his journey. Persin later tweeted a video of the event, describing it as follows:

“Was doing photoshoot in NYC and this crazy guy comes out with a bat and smashed my windshield!!” –A fairly simplistic and one-sided recap of events in our opinion.

It should be noted that as a YouTuber with 2.7 million subscribers, the video should be taken with a pinch of salt as Persin is a self-proclaimed prankster who could have staged the event. Judging by the way the guys stand up and walk away immediately, we’re guessing it was staged to boost YouTube hits.

If it turns out to be real though, to the man who acted on the urge that almost every passerby must have felt, we salute you… not all heroes wear capes it seems. Some, wear vests instead.