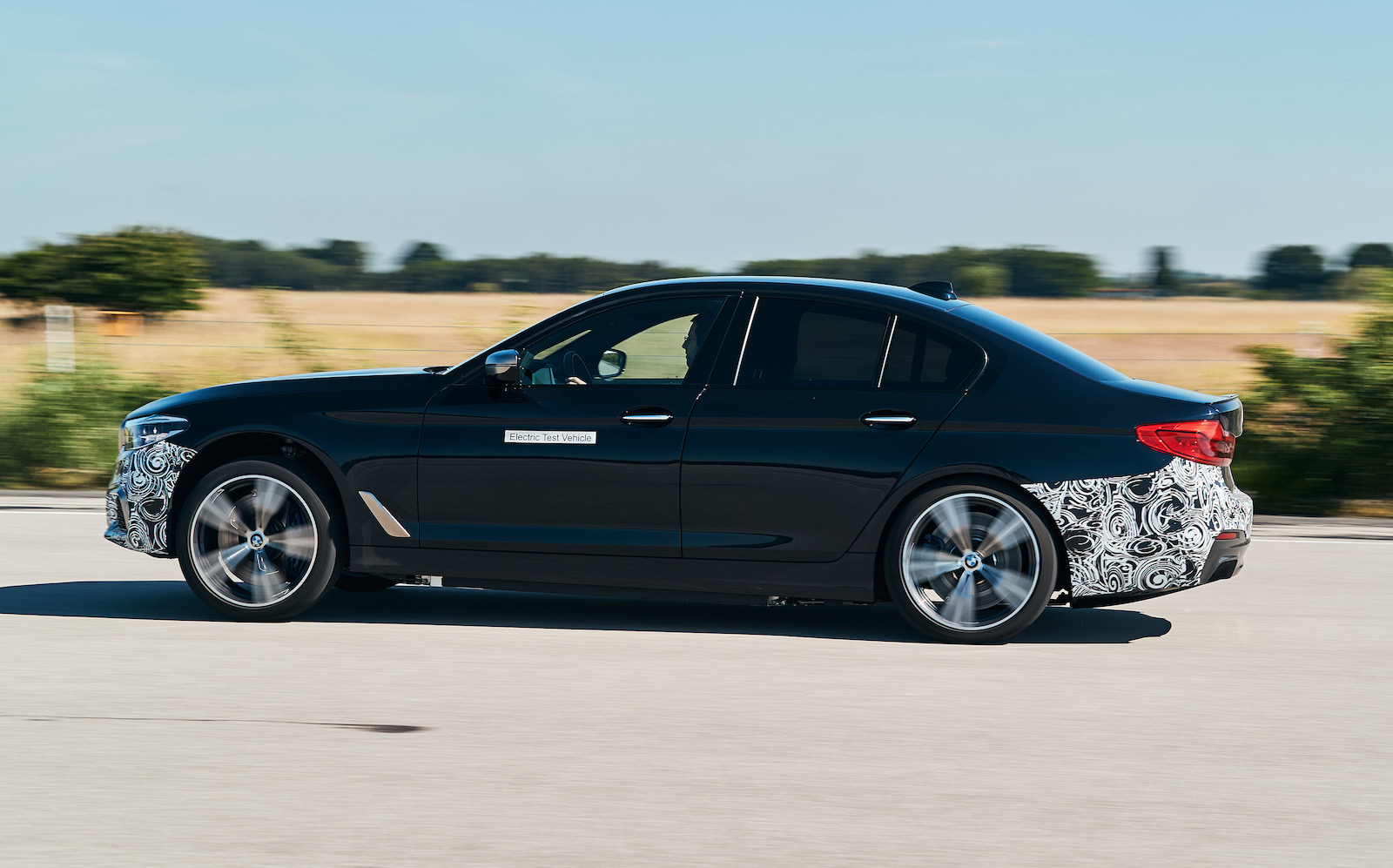 BMW is testing an advanced electric drive system with a special 5 Series prototype as part of the #NEXTGen event this week. The “Power BEV” technology will make its way into the upcoming iX3 fully electric mid-size SUV. 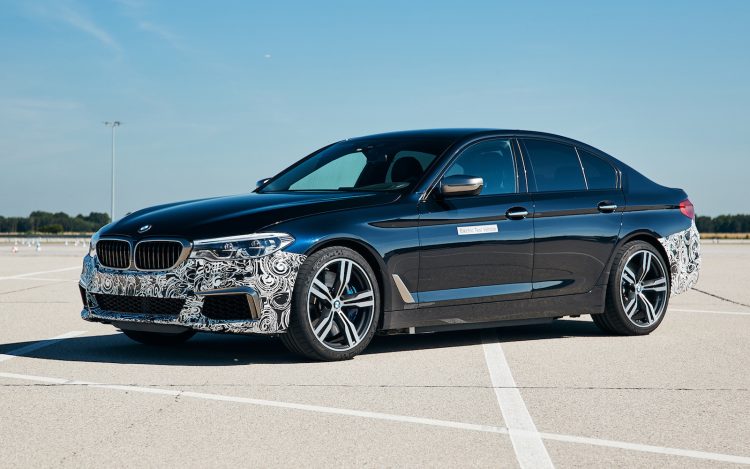 The experimental BMW 5 Series is fitted with an advanced electric drive system incorporating three fifth-generation electric motors. Interestingly, two motors are used for the rear axle. Why two? Well, the company is experimenting not only with the potential straight-line performance provided by electric motors, but also the potential cornering benefits.

One electric motor is used at each rear wheel, and the car is able to distinguish and manage the two, separately. BMW calls it “e-torque vectoring” and describes it as more effective and precise than a tradition limited-slip differential. With precise control of each motor, the drive system is able to direct power to the outside wheel, for example, to help pivot the car around corners.

Another motor is placed at the front axle to provide additional grip. And it’ll need grip, as the electric motors combine to produce “in excess of” 530kW, or 720hp, BMW says. This translates to a 0-100km/h time that sits “comfortably under three seconds”. 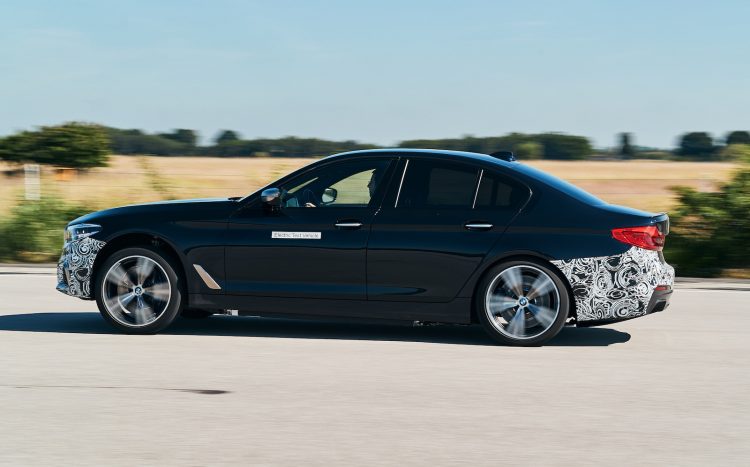 BMW says an electric motor of this type will be used in the iX3, although it will feature just one motor instead of three. If you divide the 530kW output by three, you get around 177kW. Could this be the output level of the iX3? We doubt it, considering the main rivals offer much more than that; 300kW Audi e-tron, 294kW Jaguar I-PACE, and 300kW Mercedes-Benz EQC.

The company says the project has been a serious undertaking, but the result proves there is no restriction in cabin space over the regular 5 Series. BMW also says this makes it easier to assess this drive concept compared with other drive unit alternatives.

No concrete plans have been announced at this stage, but we can probably expect the advanced e-torque vectoring system to appear on future electric sports cars by BMW.