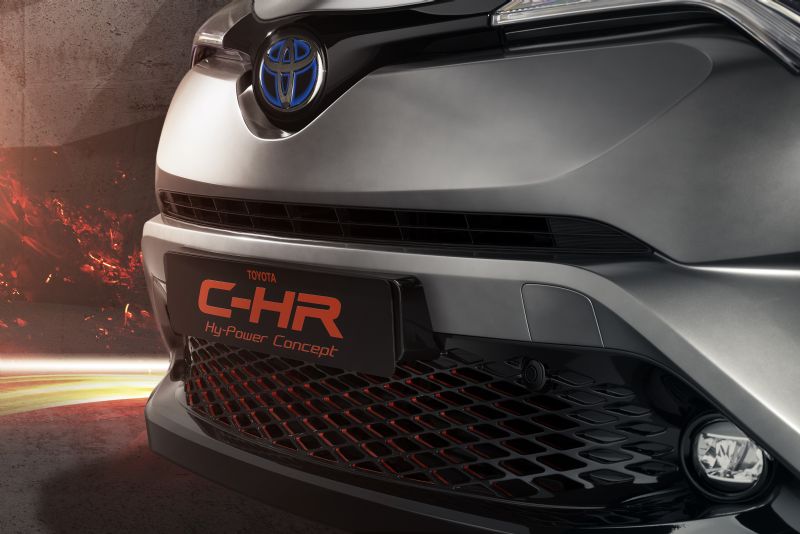 Toyota has confirmed some of its plans for the 2017 Frankfurt motor show, with the official reveal of the 2018 LandCruiser Prado and C-HR Hy-Power hybrid concept. 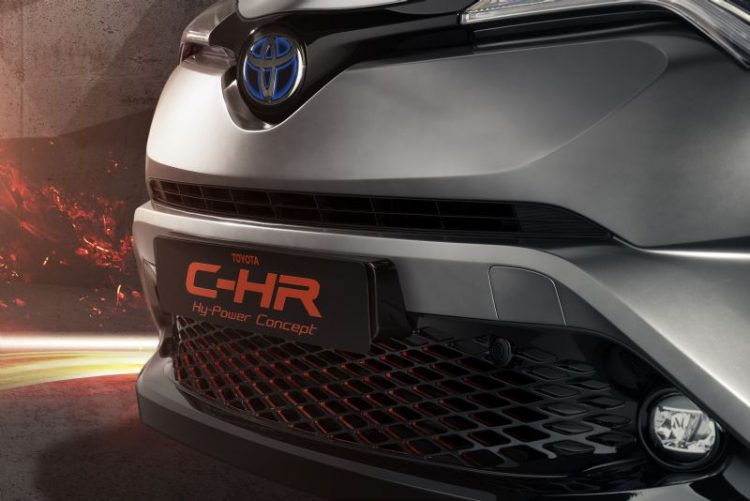 The company has handed out a preview image of the C-HR Hy-Power concept, showing the lower front end of the compact SUV with its chin spoiler and mesh grille section just like the regular model. Actually, it all looks pretty similar to the regular C-HR.

Toyota says the concept has been designed by Toyota’s European Design Centre known as ED2, confirming that it hints at future expansion of its hybrid powertrain tech within its core lineup. Strangely though, Toyota already offers the C-HR with a hybrid option.

In Europe the C-HR is currently available with a 1.8-litre hybrid setup producing 90kW. This makes it more powerful than the sole engine offered in Australia, which is an 85kW 1.2-litre turbo-petrol four-cylinder.

As for the new Prado, Toyota confirms it will come with a “segment-unique body-on-frame construction”, capable of taking “people wherever they want to go”. We’ve seen some leaked images of the new Prado, revealing a new-look front end, more pronounced grille area, and freshly-designed bonnet with bulging contours.

All will be revealed at the big event, starting September 12. Stay tuned for plenty of updates.