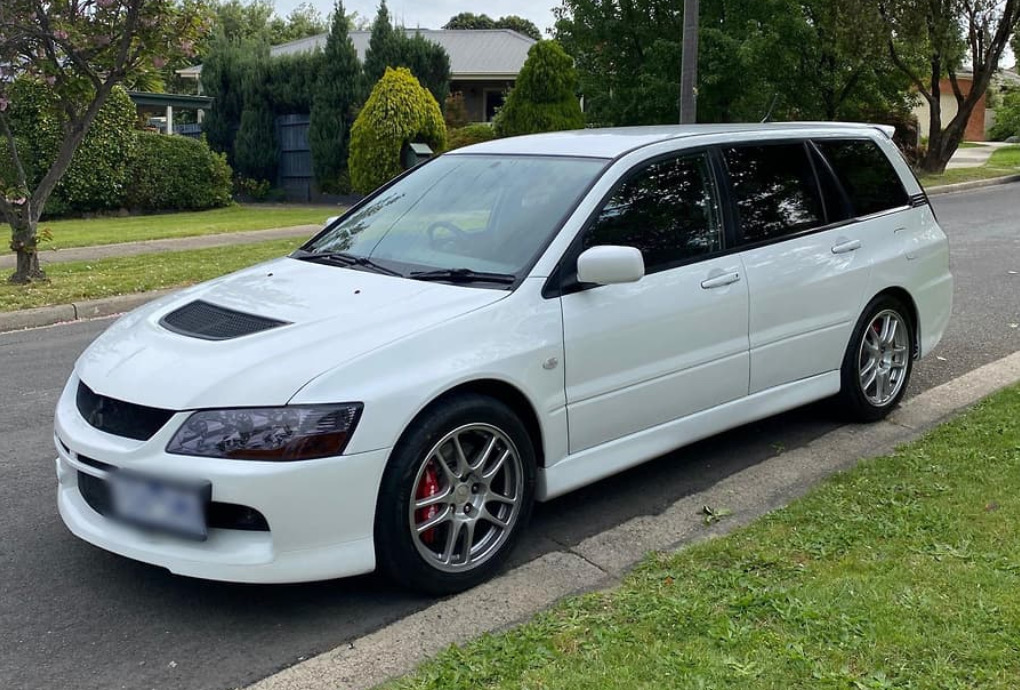 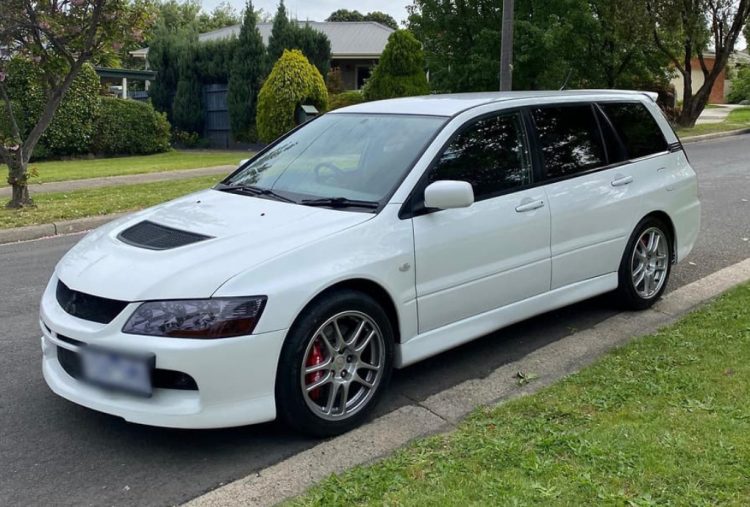 Across its lifespan, just 2500 examples of the EVO 9 wagon were produced for the Japanese market. Well, that was Mitsubishi’s initial intention, because it’s understood around 2924 examples were actually produced over its time. Of those, around 50 per cent featured the manual transmission, while the others, called the GT-A, used an automatic and a unique ‘de-tuned’ turbo engine with optimised torque.

We don’t know for sure how many have been imported to Australia, but it would not be a big number. This one was shipped across in 2020 according to the seller, with only 33,000km on the odometer. It is described as being in auction grade quality of 4.5B, and comes with all auction papers, Japanese transport documents, and local registration until October, 2022.

The Evo IX used an updated version of Mitsubishi’s 4G63 MIVEC turbocharged inline four-cylinder producing 214kW of power at 6500rpm and 392Nm of torque at 3000rpm, with power fed to all four wheels via a six-speed manual transmission. 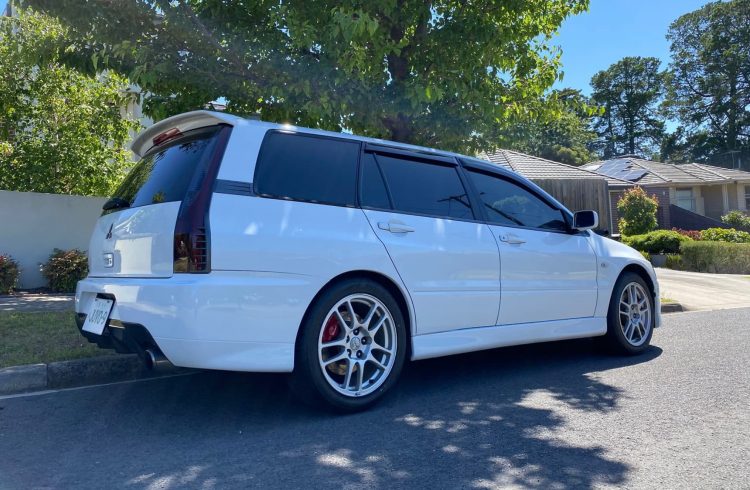 It features an active centre differential as well as a mechanical limited-slip differential over the rear. This example has also been given a full service and some new parts, including Motul fluid and oil changes for the running gear, new brake pads and DBA discs, new Bridgestone RE003 tyres, and a full detail and deep clean inside and out. However, the seller notes that no modifications have been made in terms of performance upgrades.

If you’re interested, you better be quick because JDM creations this rare don’t stick around long. It can be all yours for $66,000. Head over to the carsales advertisement for more details.