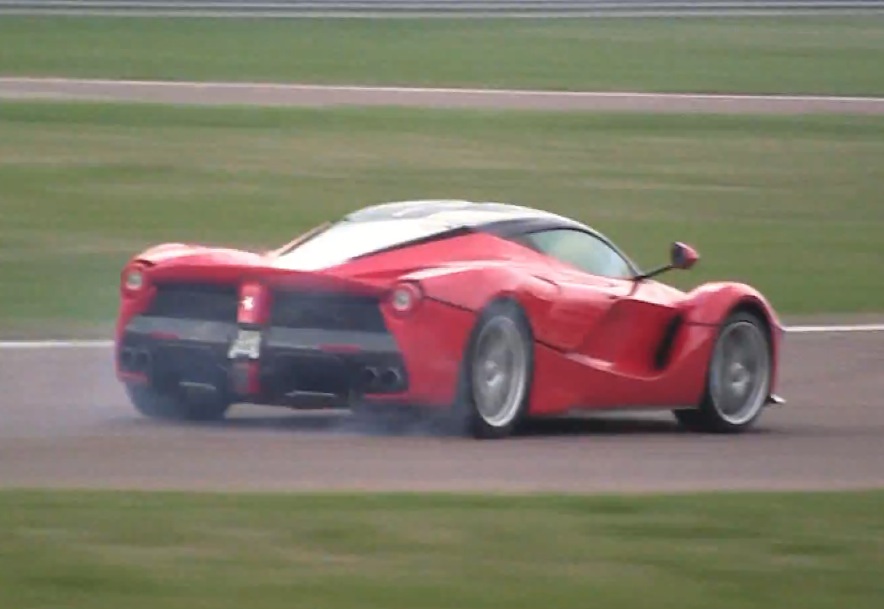 Whoops, too powerful for you there Kimi? YouTube channel Marchettino has managed to capture not only new Ferrari F1 driver Kimi Raikkonen testing out the LaFerrari, footage was also captured during a bit of a spin Raikkonen had. As you can see, the sensational hypercar spins easily through the gears on corner exit. Very nice.