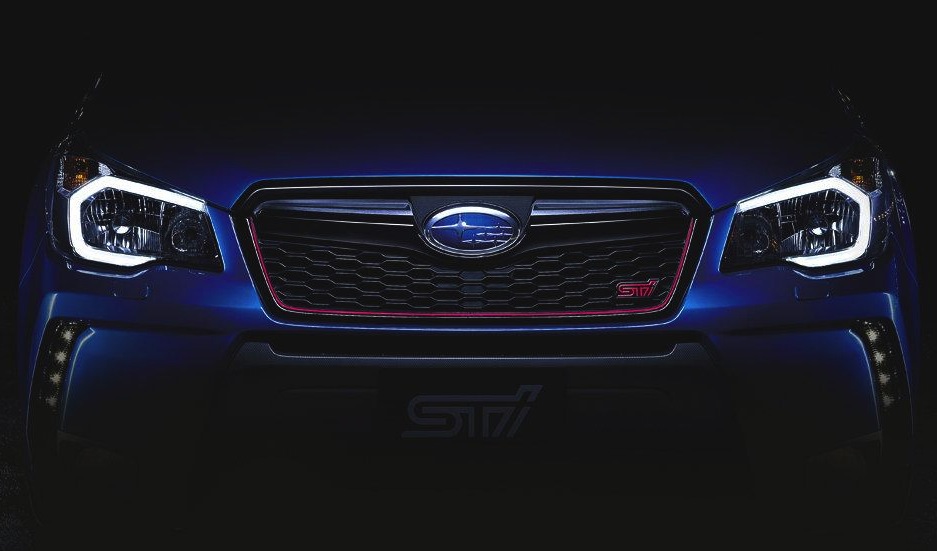 Subaru is planning to unveil the 2015 Forester STI high-performance SUV next month, inspired by the Forester STI tS concept from earlier in the year. 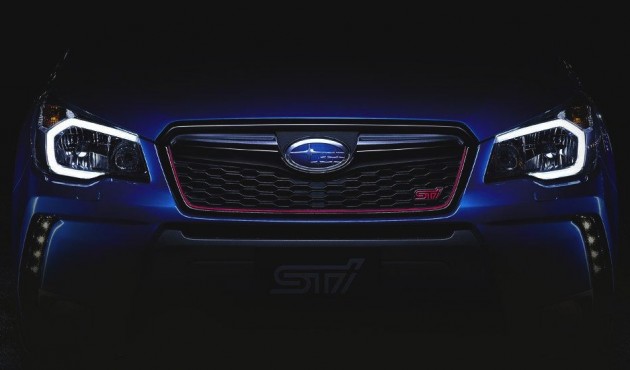 Think of it as like a WRX STI that’s more prepared for rugged terrain. Although Subaru is yet to confirm anything the Forester STI is set to come with the 2.5-litre turbocharged boxer four-cylinder as seen in the WRX STI, where it produces 221kW and 407Nm (Aussie spec).

Also like the WRX STI the performance SUV will come with a bespoke body as previewed by the front-on teaser image (above). Tweaks are likely to include aero design changes incorporating unique front and rear bumper bars, special air intakes and spoilers, and a set of lightweight alloy wheels wearing more serious rubber.

Subaru is yet to release any official details on the new model. At this point it is not known if Subaru will introduce the new variant all over the world, of if this will be a strict Japanese domestic market thing. In Australia the highest performing Forester is the XT. It comes with a 2.0-litre turbo engine producing 177kW and 350Nm, capable of covering 0-100km/h in 7.5 seconds.

We can expect the STI model to be the quickest and most powerful Forester production model ever. It should be an exciting vehicle. All will be revealed on November 25.