Subaru has unveiled the new Subaru Advanced Tourer Concept (ATC) at the 2011 Tokyo Motor Show. The concept has been described as a sportswagon of the future, possibly hinting at inspiration for an upcoming Subaru Liberty. 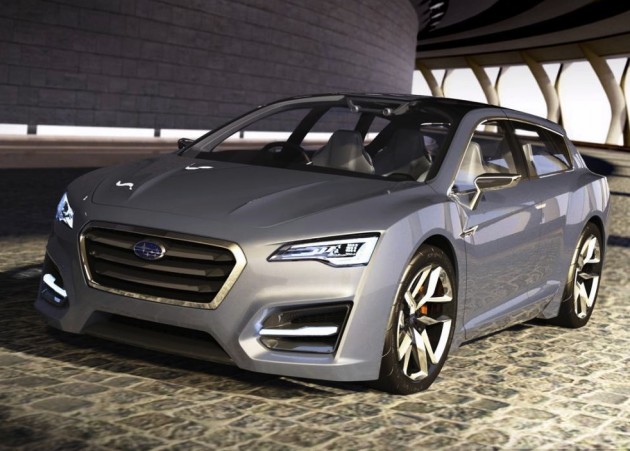 The Subaru Adavance Tourer Concept is powered by a 1.6-litre turbocharged four-cylinder boxer engine equipped with direct injection technology. The engine is also supplemented by a hybrid electric motor system.

This powertrain is likely to preview Subaru’s first-ever hybrid setup, or at least provide inspiration for such a model. It’s all connected up to Subaru’s famous all-wheel drive system and is capable of being driven on electricity alone, however, only at slower speeds.

The electric motor is used as a generator to restore electricity levels during braking, lift off and down hill driving. It’s driven through a new Lineartronic Continuously Variable Transmission. Specific power outputs or acceleration figures have not been mentioned. 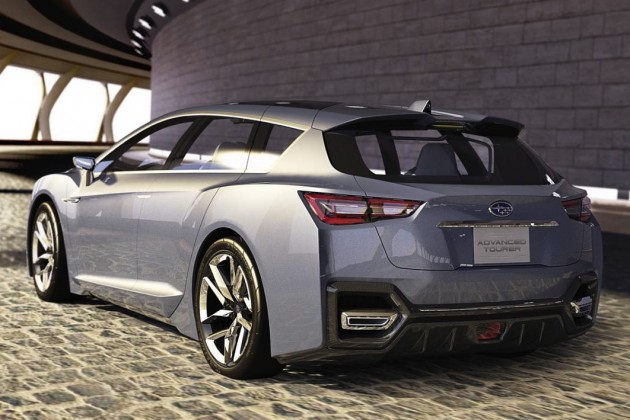 As for the design and exterior attractiveness, and as far as wagons go, only one word sums it up: want. The rear offers an aggressively chunky stance while the front reminds us a bit of a modern Audi, with very similar headlights.

Other interesting features on the Subaru Advanced Tourer Concept include a glass roof for that ultimate open-air environment, and a large monitor on the steering wheel which is used for maps and internet displays.