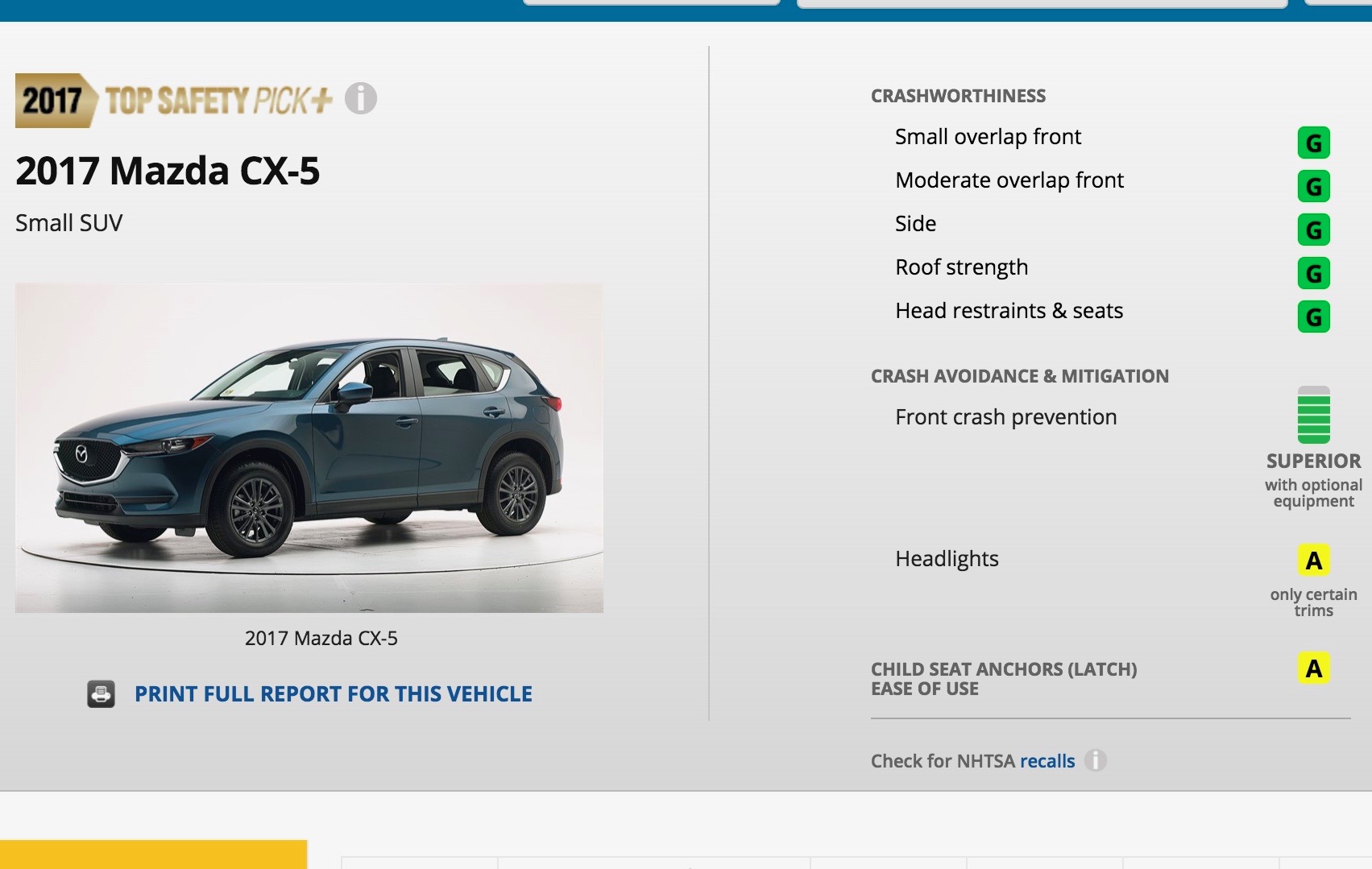 The recently-introduced new Mazda CX-5 has picked up an important accolade in the US, in the form of a top safety award by the IIHS. 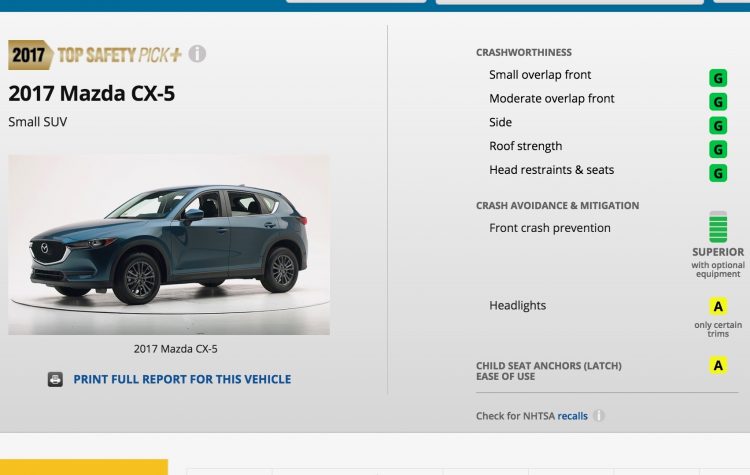 Australia’s ANCAP program is yet to crash test the new model, but the previous model was awarded the full five stars. However, it seems the Insurance Institute of Highway Safety is quite pleased with the SUV’s crash performance.

After recent crash tests, the IIHS awarded the new model the highest-order award it hands out; the Top Safety Pick+. The SUV received ‘Good’ ratings in all five areas the Institute tests, including small overlap front, moderate overlap front, side, roof, and head restraints.

In terms of areas that could be improved, the IIHS says the headlights on the Grand Touring and Sport variants received an ‘Acceptable’ score, however, the Touring variant’s headlights were rated ‘Marginal’.

Even still, the IIHS only gives the Top Safety Pick+ award to cars that earn ‘Good’ across all tests, with the ‘plus’ standing only reserved for those available with autonomous emergency braking and headlights that rate ‘Acceptable’ or above.

In Australia the CX-5 continues to be the most popular SUV in the country. In the first six months of the year the local arm sold 12,924 examples. This is up 2.6 per cent on the sales figure achieved in the same six-month period last year.