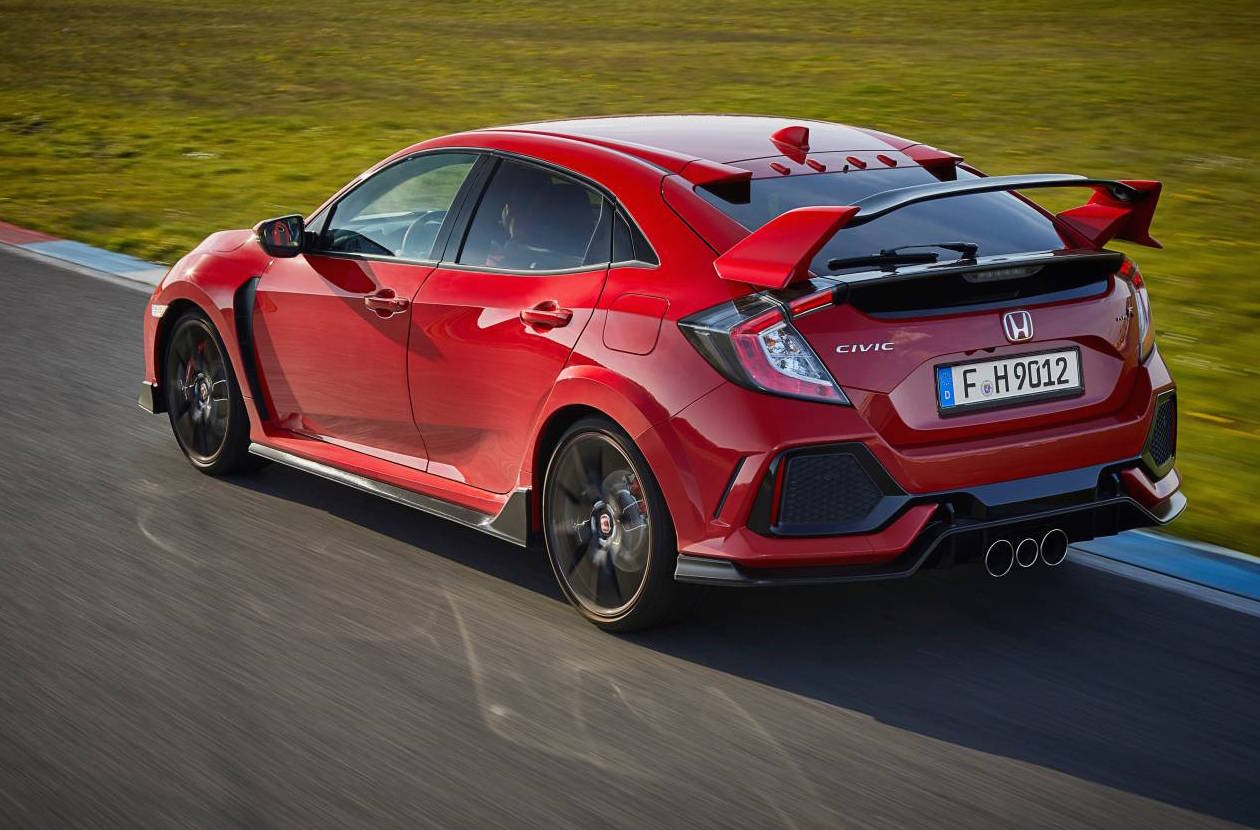 Some more specs and performance figures of the new Honda Civic Type R have been confirmed for Europe, giving us some indication of the Australian specification before its local arrival later this year. 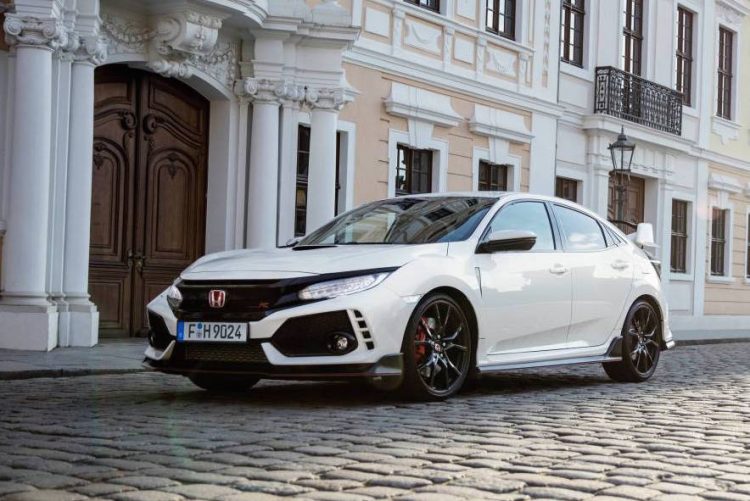 We already know the new hot hatch will come with a 2.0-litre turbo four-cylinder producing 235kW at 6500rpm, and 400Nm between 2500rpm and 4500rpm. This is sent through a six-speed manual and into a tight font-wheel drive system.

In the latest specification sheet, Honda Europe confirms the hatch will crack the 0-100km/h sprint in just 5.7 seconds, making it the quickest accelerating production hatch in the class (excluding AWD models).

The new Type R also offers an impressive top speed of 272km/h. This level of performance has helped the car post a record-breaking Nurburgring lap time of 7:43.8.

Other highlights that help with performance include a comprehensive aero package, with a deep front chin spoiler, vortex generators along the rear roofline, and underbody covers. All of these promise “best-in-class” balance between lift and drag, Honda says. 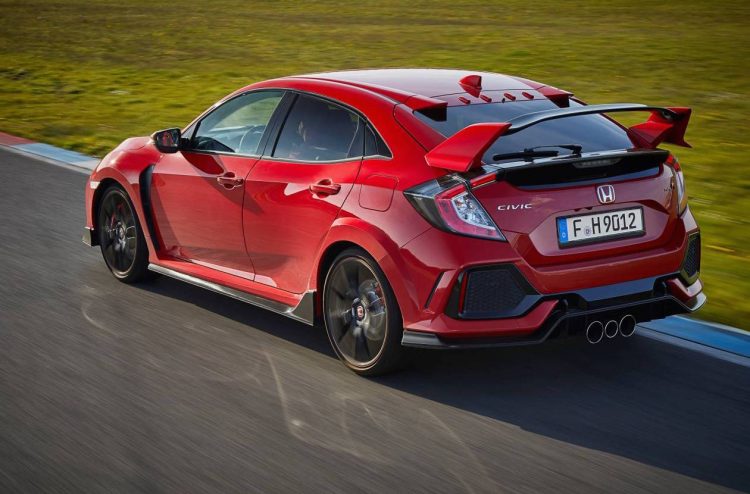 Also helping with handling is what Honda calls a dual-axis strut front suspension system which is said to help reduce understeer. Meanwhile for the rear axle is a new multi-link setup that helps with ride comfort as well as high speed stability.

Drivers will be offered three driving modes which alter the suspension, steering, and throttle response. There’s Comfort, Sport, and +R. Honda says there is now a more signicant difference between the driving modes compared with the previous model (not sold in Australia).

As previously report, the order books for the Civic Type R have opened in Australia. Prices are yet to be confirmed, but it will arrive in October 1. See below for further specs – keep in mind these are Euro specs and the Aussie version might be slightly different. 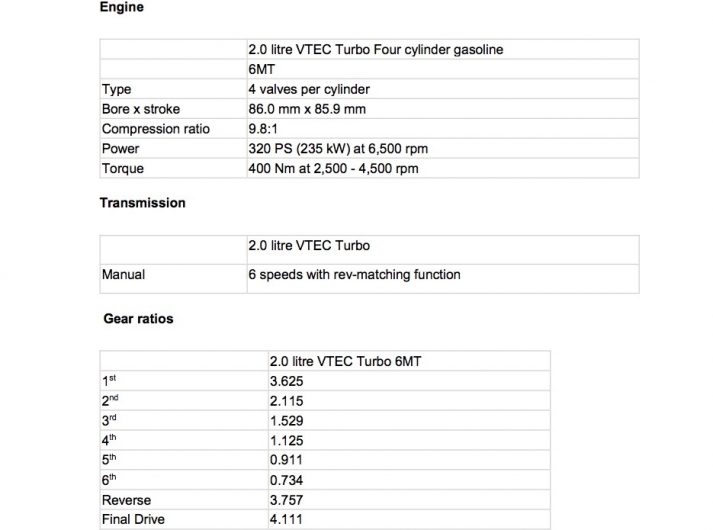 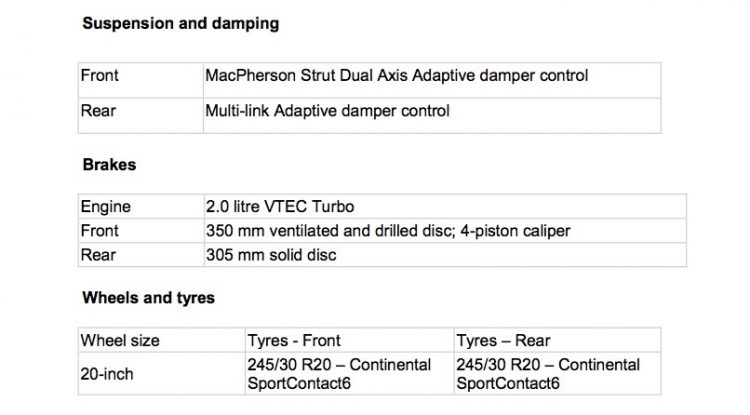 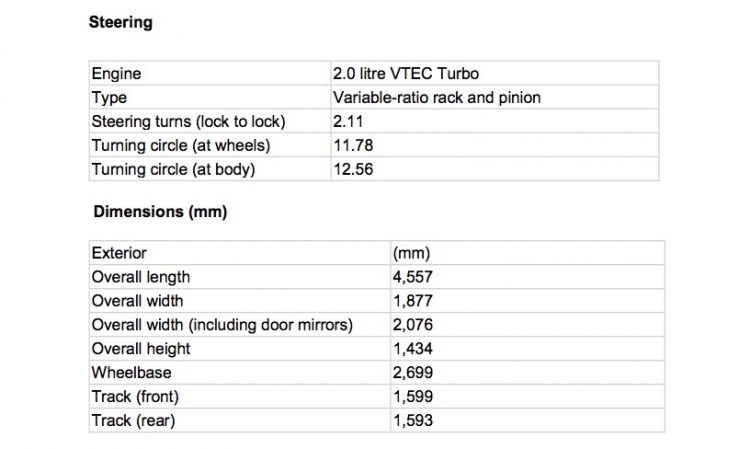 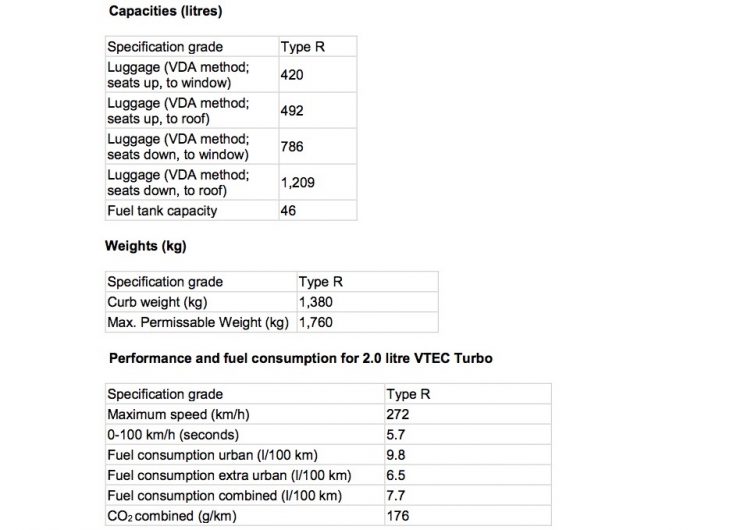