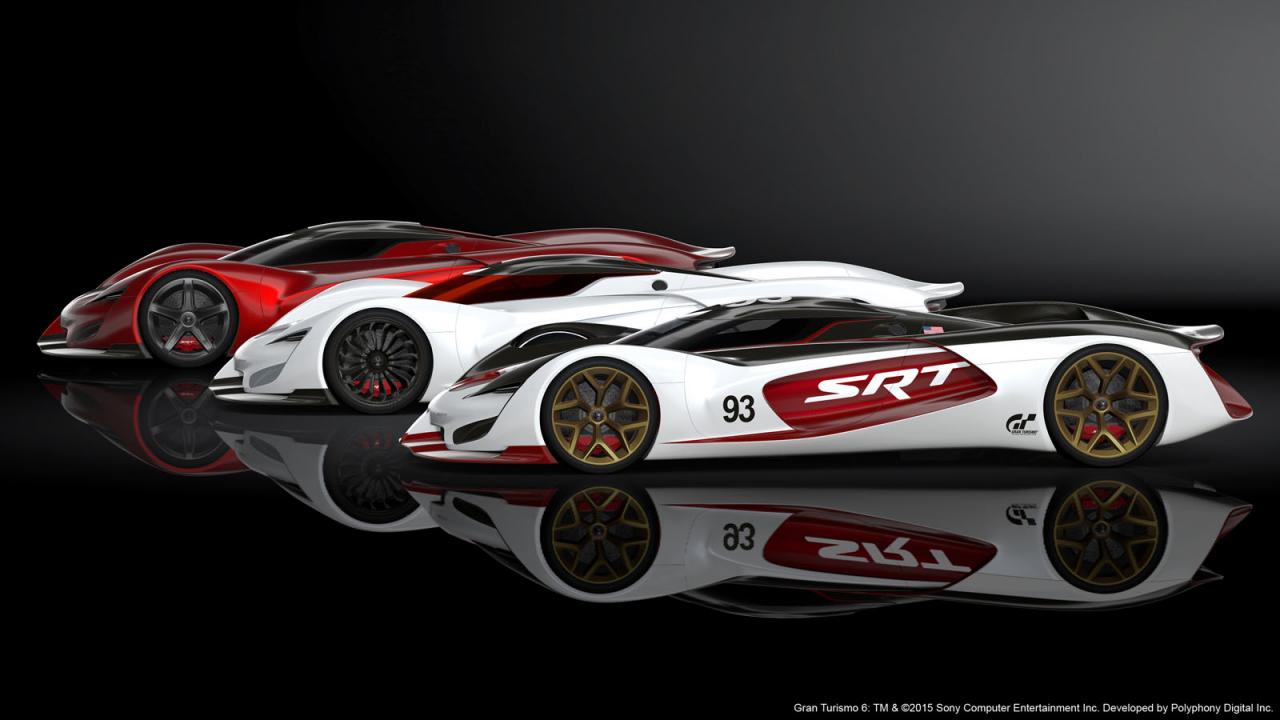 When Gran Turismo 6 creators Polyphony asked a selection of manufacturers to create their own no-holds barred ‘Vision Gran Turismo’ virtual racing cars, little did they know beasts like this would be created; the SRT Tomahawk. 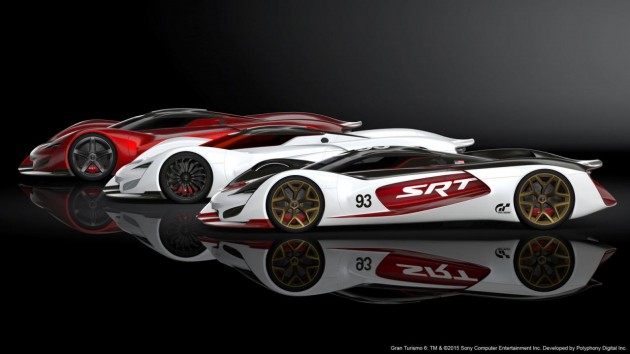 Unconstrained by the realities of real-world budgets, crash testing and driver limitations, designers have free reign to cast themselves forward into the future and really let their imagination soar, as many epic examples so far from Mercedes, Chevrolet and VW to name a few have shown.

The latest to join the party is Chrysler, with its SRT Tomahawk Vision Gran Turismo. Created by Paul Hoste, the SRT Tomahawk Vision is said to be the high-performance Dodge of 2035. Three models were created for the game, with extraordinary active aerodynamics adding a sense of drama and excitement to the experience.

The SRT Tomawhawk S has a 7.0-litre V10, producing 590kW. Pneumatically-driven front wheels bring the total figure to 750kW, which combine with a theoretical weigh of 918kg to push this futuristic weapon to 402km/h.

SRT has also developed a racing variant for the game; the GTS-R. It comes with an 847kW V10, and 233kW from its pneumatic front wheels, resulting in a total of 1.18 megawatts and a 482km/h top speed.

Moving away from the realm of sanity, the Tomahawk Vision Gran Turismo X winds the crazy up to 650km/h, thanks to an “experimental” powerplant that produces 1931kW. According to the manufacturer, a g-suit is necessary to keep the driver in one piece for this nuclear warhead.

The cars will soon become available as play cars in Gran Turismo 6.