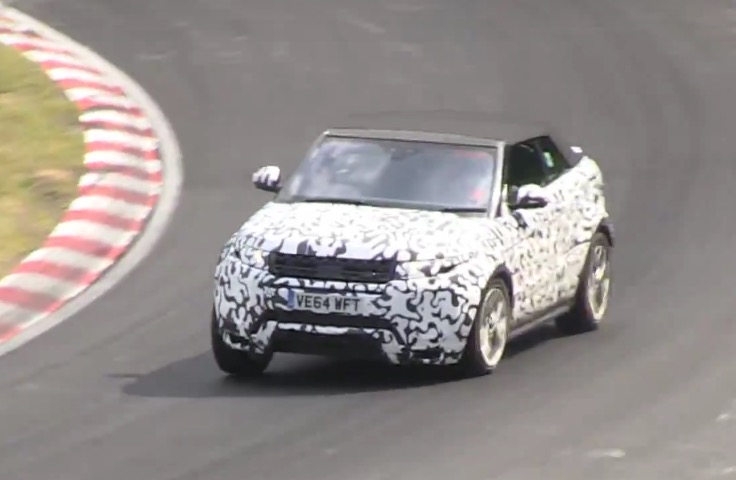 Land Rover has been spotted test driving a prototype version of the upcoming Range Rover Evoque convertible, out on the Nurburgring of all places. 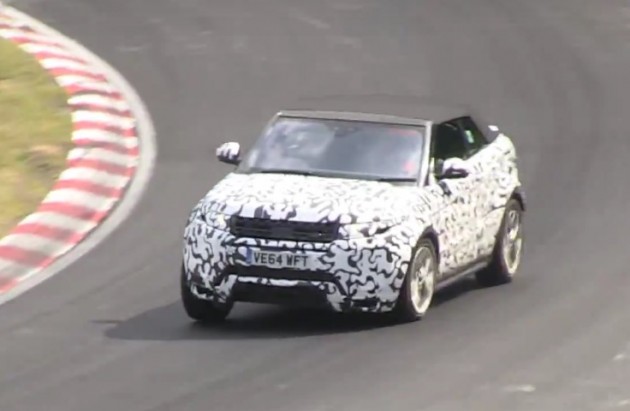 The Evoque cabrio will step into a reasonably vacant market segment when it arrives in showrooms next year, competing against no direct rivals in terms of luxury open-top SUVs. It will stand up against the Jeep Wrangler to some extent, with its removable roof.

Final specifications are yet to be announced, but it is believed it will come with a variety of turbo engines in petrol and diesel form just like its hardtop brother. The running gear is set to be the same although the suspension is likely to be slightly different to accommodate different weight and balance characteristics.

Speaking of weight, the drop-top Evoque is expected to pack on a few kilos due to extra reinforcements and strengthening. By the looks of this prototype though Land Rover is going with a folding fabric roof setup to keep weight as low as possible.

Seen here being pushed to its limits on the infamously demanding Nurburgring, Range Rover engineers are probably making sure the natural handling and good dynamics of the Evoque are not lost with the cabrio.

As you can see, the cabrio will be based on the three-door model. Land Rover has previously unveiled a concept version, which looked pretty much production-ready. It sat in three-door guise as well.

A full debut is anticipated for later in the year or early next year, with market entry taking place shortly after. Click play below for a preview.