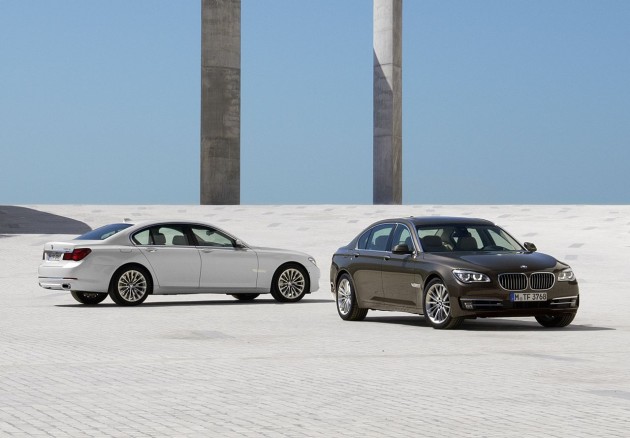 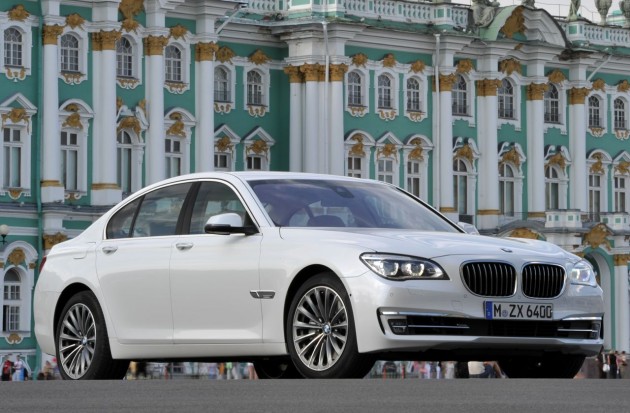 Like other new model BMWs, such as the (F30) 3 Series, the big 7er comes with Driving Experience Control with ECO PRO, Comfort, and Sport driving modes. Each mode alters throttle response, steering, and suspension settings according to your preferred driving style.

In terms of engines, BMW says fuel economy has been improved across the board, with fuel savings of up to 25 per cent over the outgoing model. Whether you prefer petrol or diesel or even a super-efficient hybrid powertrain, BMW has powerful options throughout the range. 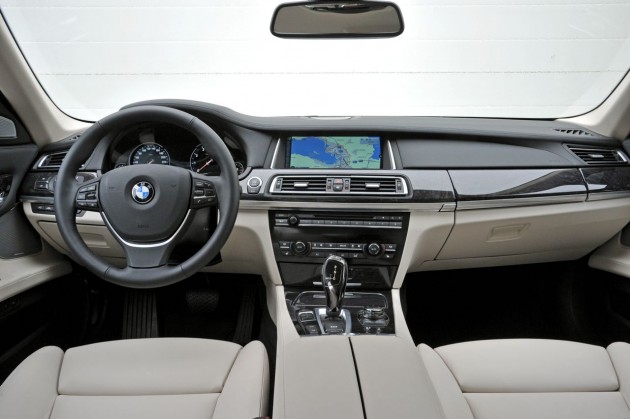 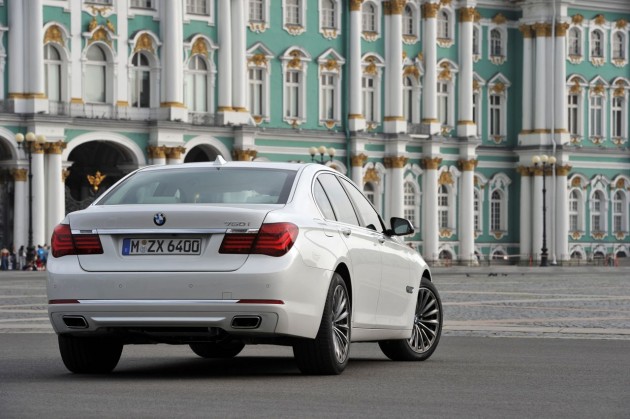 For the ultimate in diesel performance BMW has added the mighty M Performance 3.0-litre tri-turbo-diesel engine in to make the 2013 BMW 750d xDrive. It produces 280kW and 740Nm, and is able to cover 0-100km/h in 4.9 seconds while offering a combined cycle fuel consumption rating of just 6.4L/100km.

All diesel ‘xDrive’ versions come with an all-wheel drive system, while all 7 Series variants feature an eight-speed automatic transmission. All models are available in ‘L’ long wheelbase form as well. 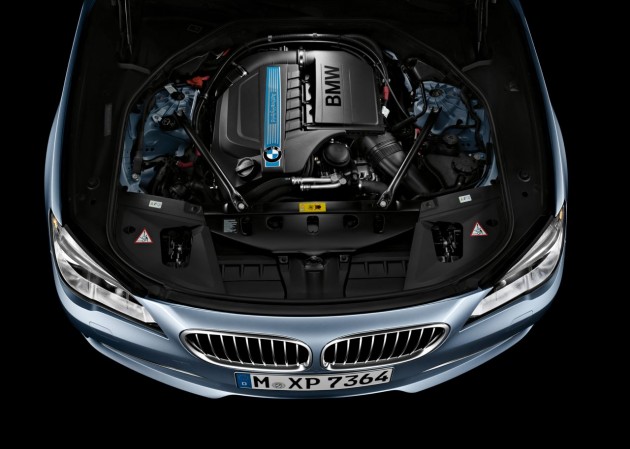 For the first time ever, BMW is offering the 7 Series as a hybrid, in the form of the 2013 BMW ActiveHybrid 7. It features the 3.0-litre turbocharged inline six-cylinder engine – as seen in the 740i – producing 235kW and 450Nm. An electric motor system provides an additional 40kW and 210Nm.

The ActiveHybrid 7 is fuel efficient, as you would expect, coming with a fuel economy rating of 6.8L/100km. Despite the economy, the ActiveHybrid 7 can crack 0-100km/h in a quick 5.7 seconds.

The new model is set to go on sale in international markets later this year. An official Australian release date and specifications are yet to be announced. We’ll keep you updated though.