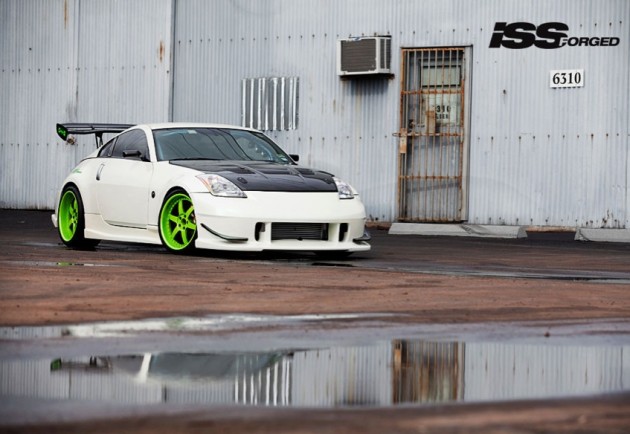 Pulling a Nissan motor out of a 350Z and replacing it with a Toyota item is always going to cause a bit of stir with the respective fans. The truth of the matter is the 2JZ is regarded as one of the best engines for conversion, being highly tunable and capable straight from the box.

The 2JZ, if you didn’t already know, comes from the Toyota Supra. It’s a 3.0-litre straight-six unit using twin turbochargers. ISS Forged, with the help from Tech 2 Motorsports, has also tuned the engine and given it a large single Precision turbo setup. 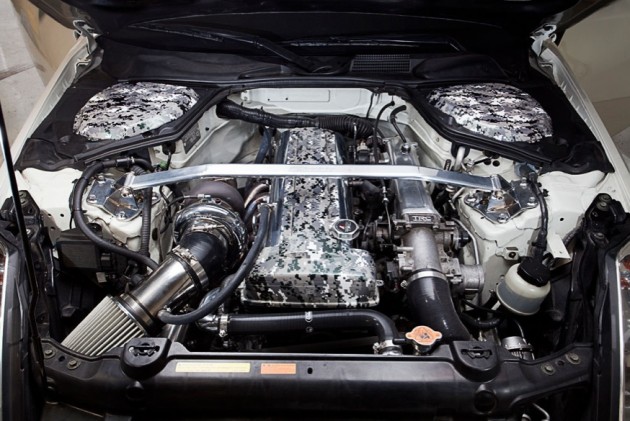 Power is estimated to be around 700hp (522kW), and is sent through a five-speed automatic transmission from a Toyota Aristo. Acceleration tests are yet to be conducted. 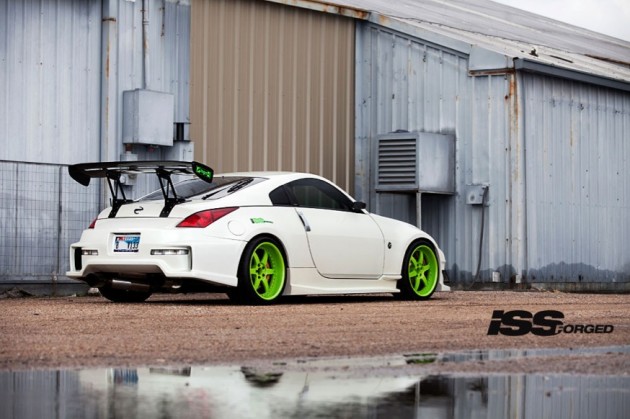 On the outside, the ISS Forged Nissan 350Z features a full ings +1 Type E body kit. The bonnet is carbon fiber, as is the huge rear wing, while various other bits and pieces are also carbon to top it all off. The body is then painted in a bespoke pearl white.

One of the most eye-catching elements to this 350Z is of course the ‘Alien Green’ ISS Forged FS6 wheels. These are lightweight three-piece forged items measuring 19 x 9.5 inches on the front and 19 x 11 inches on the back. Keeping traction to a maximum is a set of Nitto Invo tyres. 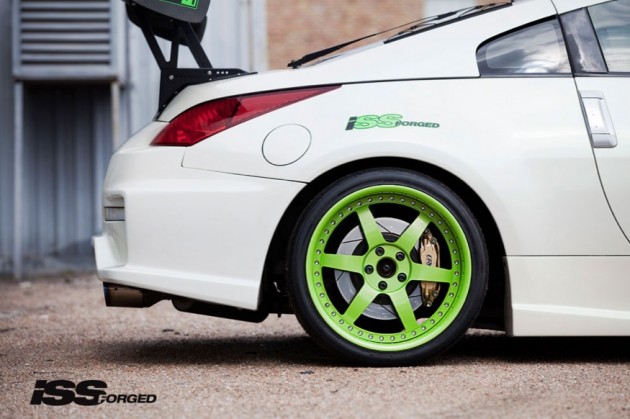 Finally, the complete package is finished off with a set of fully adjustable GReddy Type S coilovers front and back ensuring the 350Z stays stable and true, while GReddy 14-inch front and 13-inch rear discs replace the standard items. They’re clamped by six-piston front and four-piston rear calipers.

Overall, it looks like a pretty sweet ride. It must be a bag of fun with the 700hp 2JZ under the bonnet.