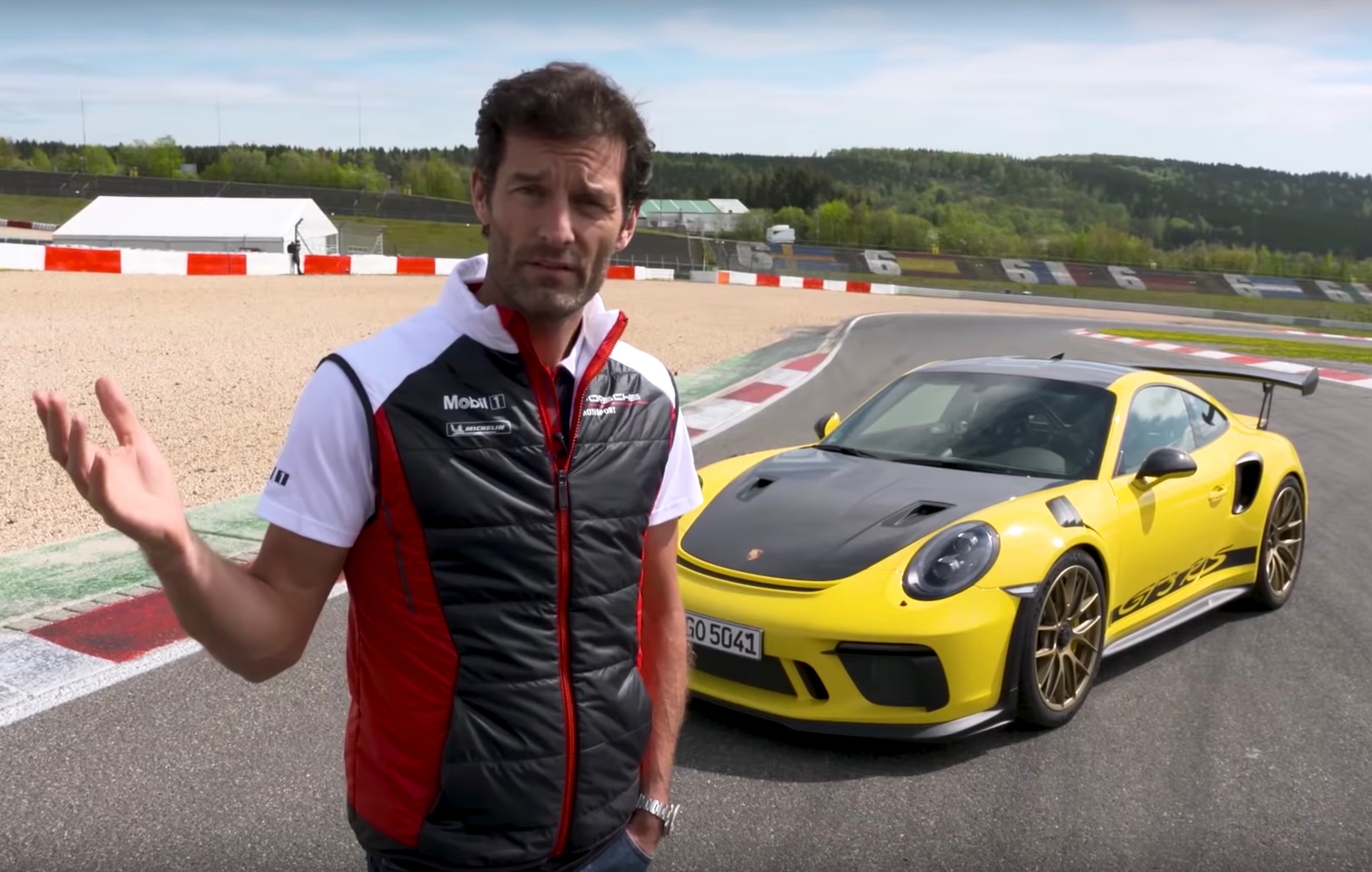 Obviously Webber is paid to do stuff like this, but it’s interesting to see what he thinks about the car and how it drives. He seems impressed by the high g-force the car can generate in the corners, as well as the awesome sound of the engine, and the incredible stopping power and longevity of the brakes.

To refresh your memory, the new GT3 RS was revealed in February. It comes with a number of styling tweaks, as well as a 4.0-litre naturally aspirated flat-six engine. The engine develops 383kW, up 15kW from before, propelling the sportscar from 0-100km/h in just 3.2 seconds. It’s also lapped the Nurburgring in 6:56.4.

If you’ve got some spare time, sit back, relax, and enjoy Webber’s ‘review’ of the new GT3 RS. And be sure to turn the speakers up to get an earful of that flat-six soundtrack.