Hyundai has confirmed it will be unveiling a futuristic EV concept, known as the ‘Prophecy’, at the Geneva motor show next month. And it has sent out a teaser image to build some excitement. 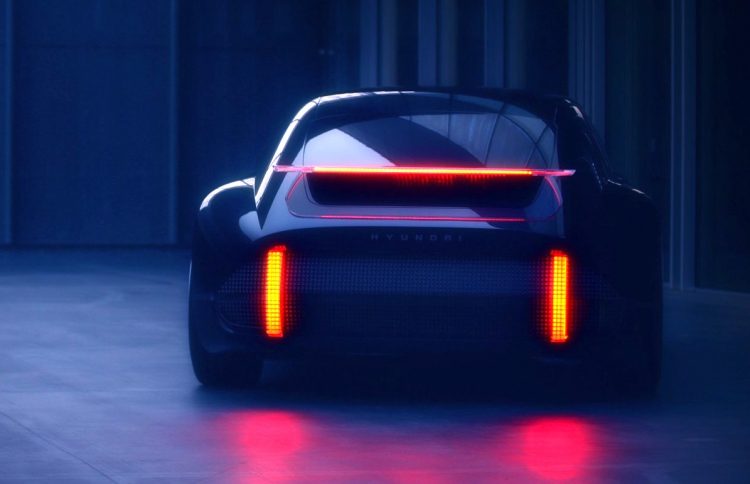 The Prophecy concept is being showcased to express the company’s latest design language, taking the ‘Sensuous Sportiness’ philosophy to the next level. It’s described as offering a beautiful silhouette, with graceful curves, and a “boat-tail” line rear quarter panel leading to an integrated rear spoiler.

There’s also pixel lamp taillights, and what looks to be a coupe-like rear end with muscular rear haunches. Hyundai promises excellent aerodynamics, too. Being an electric vehicle, the aero efficiency will obviously play a big role in its overall performance and range.

No specifications have been outlined at this stage, however, Hyundai says the name of the concept reflects the concept’s purpose; “defining the direction of future Hyundai designs, while establishing itself as a design icon for Hyundai’s EV lineup.”

“Prophecy does not follow trends. It accentuates timeless beauty that will stand the test of time,” said SangYup Lee, head of Hyundai Global Design Centre. “Its iconic design stands to expand Hyundai’s design spectrum toward even broader horizons.”

All will be revealed at the 2020 Geneva Motor Show, which opens its doors to media on March 3. The concept will join the facelifted i30 on the stands, as previewed earlier this week. Stay tuned for plenty of updates.