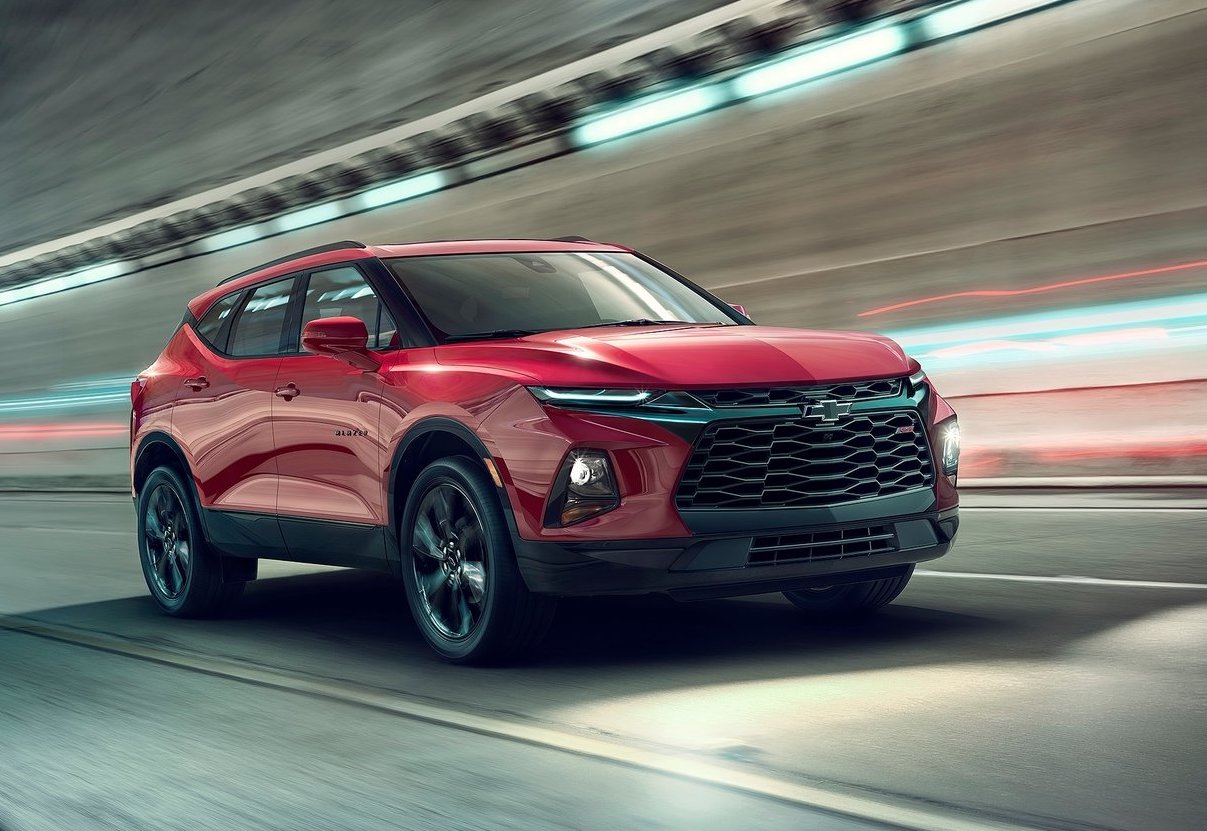 Chevrolet has unveiled the rather Camaro-esque 2019 Blazer SUV in North America, “raising the bar on crossover design”, Chevrolet says. The new model will sit between the Equinox and the Traverse (not sold in Australia) in US showrooms. 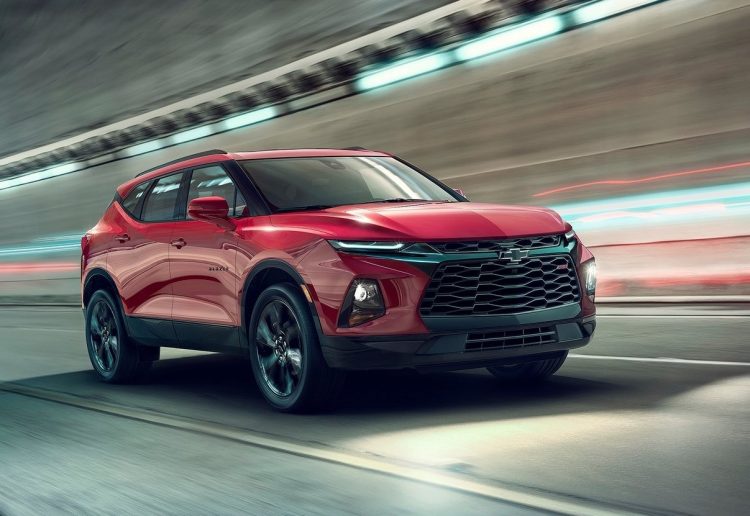 Let’s talk about that styling first, because it does look fetching. At the front it takes on a distinctly sporty attitude, with thin and focused headlights, a huge front grille, with large side clusters. Towards the rear you’ll notice some muscular haunches that wrap around to solid and chunky taillights.

Chevrolet will be offering a range of variants, including perhaps the most appealing of all, an RS version (pictured in red). The RS will be available with 21-inch alloy wheels, and comes dressed in plenty of black highlights such as side mirrors, front grille, A-pillars, and black skirting for the lower body.

Under the bonnet the new model is powered by two different engine options, including a 2.4-litre four-cylinder producing 143kW, and a 3.6-litre V6 generating 227kW. Both use a nine-speed auto, and will be offered with front-wheel drive and all-wheel drivetrains. All also feature stop-start technology to optimise fuel economy.

Inside, Chevrolet has turned up the practicality and innovation. There’s an electronic-locking glove box, automatic heating for the steering wheel, handy portioning adjustments for the boot, comfort-open windows that can be operated using the key fob, and some clever towing systems such as “hitch guidance” and “hitch view” to make it easier to connect a trailer. 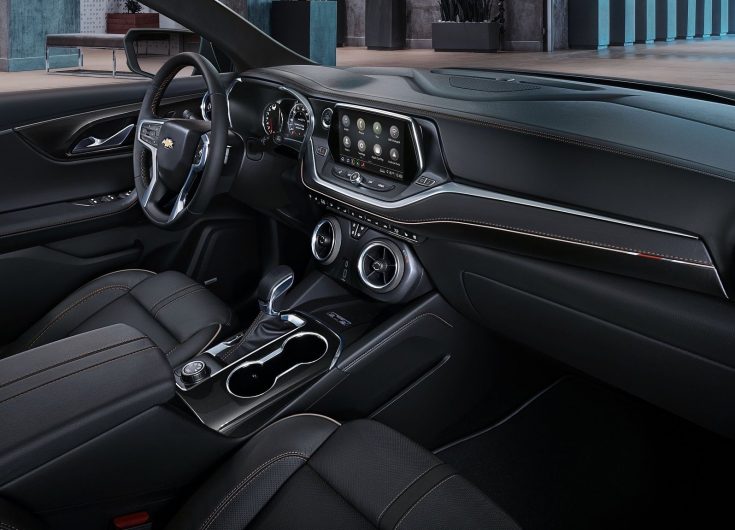 Passengers are also treated to an 8.0-inch touch-screen media interface with Chevrolet Infotainment 3 operating system, with 4G LTE Wi-Fi (with 1-month/3GB free trial), and Apple CarPlay and Android Auto. Wireless phone charging and up to six USB ports will be available too, to keep everyone and their devices content. Speaking about the SUV, Alan Batey, president of GM North America and head of Global Chevrolet, said:

“Chevrolet has been at the forefront of each of the major automotive industry trends by anticipating consumer demand and delivering innovative products like Bolt EV, Colorado and Trax. The introduction of the all-new Blazer builds on that momentum and further strengthens the most comprehensive lineup of crossovers and SUVs on the market today.”

Chevrolet says the 2019 Blazer will start to arrive in dealerships early next year, with prices and finer details to be announced closer to the launch. At this stage there are no plans for right-hand drive production, essentially ruling out any possibility of it being introduced as a Holden in Australia. For now, anyway.