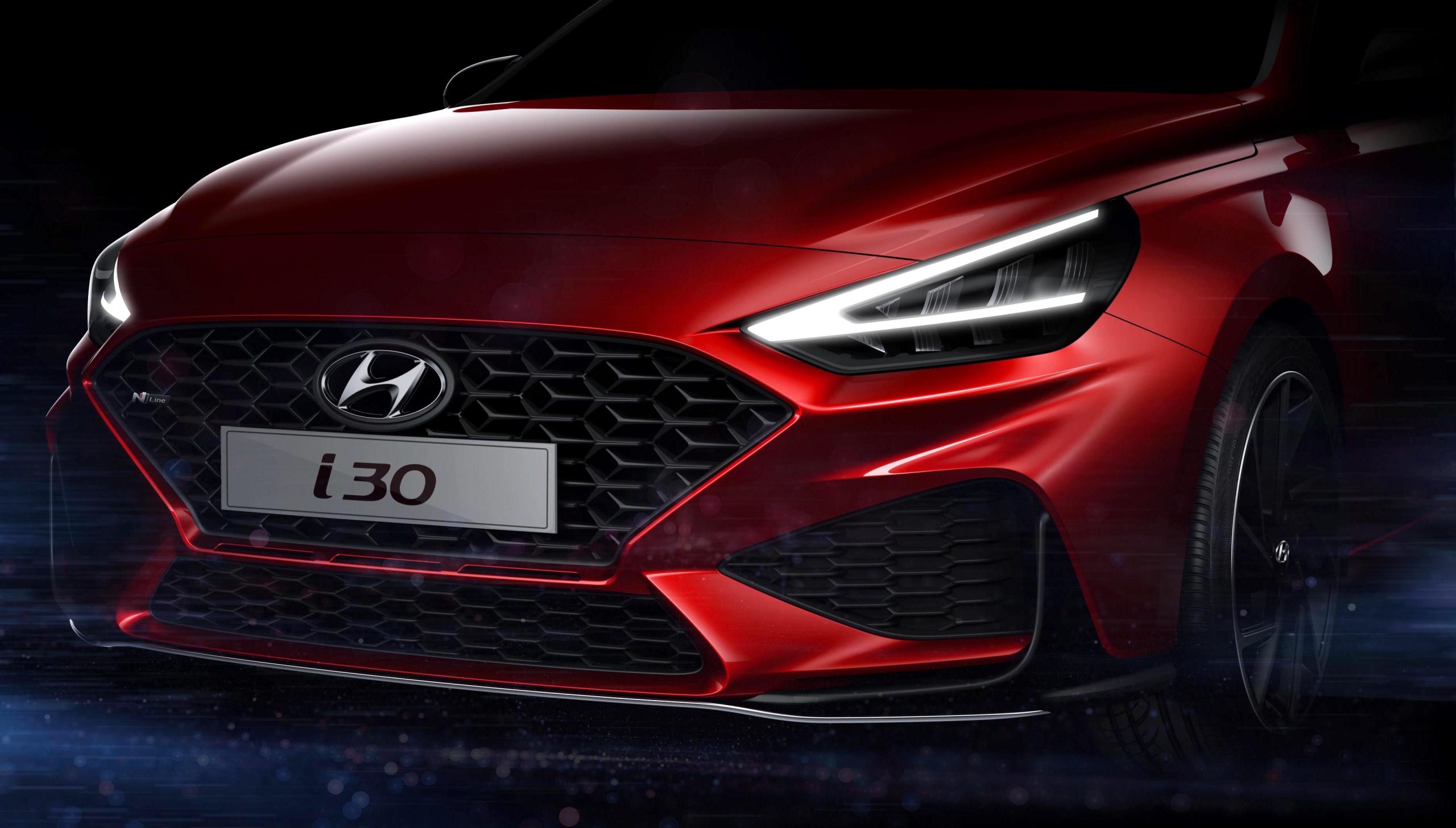 Hyundai is getting ready to unveil a facelift for the current, third-generation ‘PD’ i30 hatch, sending out teaser images ahead of its official debut at the Geneva motor show next month. 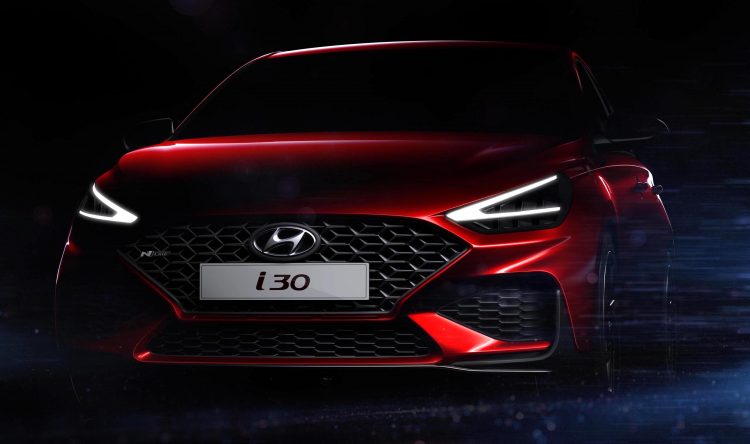 As you can see by the teaser images, the front end of the 2020 update is set to showcase a striking new grille that stretches wider than before. With pointy ends and an overall pinched look, the grille leads on to some sporty new front bumper bar contours and aggressive intake clusters.

Hyundai says what we’re looking at is the N Line variant (previously called the SR in Australia), which includes a neat aero kit over and above the regular i30 design. Black mesh grilles continue from the outgoing N Line model, but with new patterns, while an extended lip spoiler appears to be trimmed in soft chrome as before.

Also new are the angular headlights featuring arrow-shaped LED daytime running lights that point to the grille. These give the i30 a much more assertive stance, with what looks to be a complex LED lighting cluster for the main beams hiding behind (at least for the N Line). 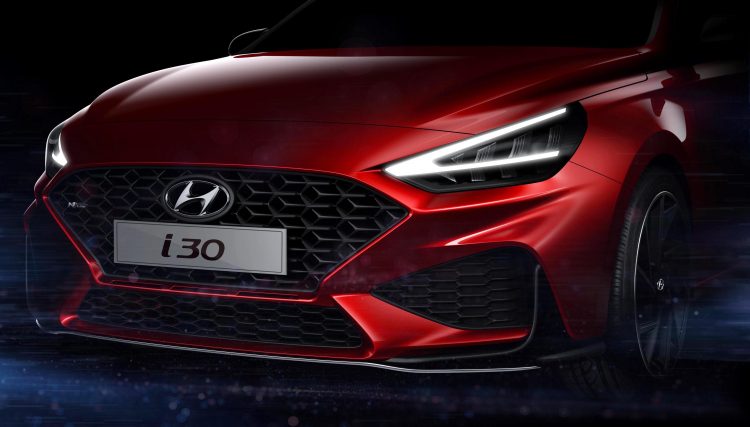 Hyundai says the rear end also receives a new bumper bar design and new taillights, while some fresh 16-, 17-, and 18-inch alloy wheels top off the cosmetic makeover – you can just see the new-look dark grey wheels on this N Line in the image above. The company confirms a revised interior is in store for the facelift too, with a 10.25-inch touch-screen media interface and digital instrument cluster being introduced for the first time.

Perhaps not destined for Australia any time soon, Hyundai says it will be launching the wagon body style with the N Line package for the first time. This should be quite a stylish and sporty small practical car for buyers, especially with the 1.6-litre turbo engine under the bonnet.

Speaking of under the bonnet, a number of changes could be introduced. Following its launch in the new Veloster, the updated 1.6-litre turbo-petrol four-cylinder is likely, bringing in an overboost function to lift the torque from 265Nm to 275Nm for short periods. The power is expected to remain at 150kW.

More details and images will be revealed in the coming weeks, potentially just before its proper public debut at the Geneva show. It all starts on March 3.