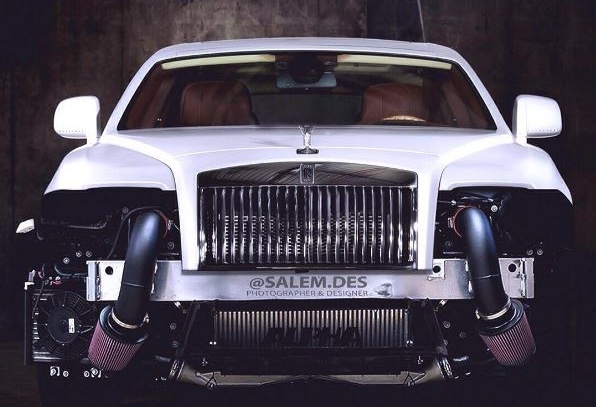 The Rolls-Royce Wraith is the fastest piece of machinery ever to be adorned with the Spirit of Ecstasy. A BMW-derived 6.6-litre twin-turbo V-12 with 465kW and up to 870Nm shifts the 2440kg sled to 100km/h in 4.4 seconds. But as is generally the case, there are plutocrats, sheikhs and earls who yearn for more. 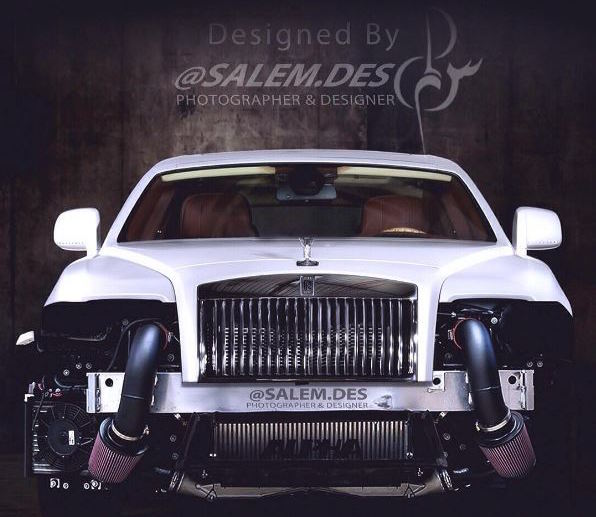 Middle-Eastern Instagrammer Salem.Des has used his digital manipulation skills to render what appears to be a Wraith with its front end removed to receive some Alpha Performance steroid dosage, in what is envisaged to amount to 1200hp, or nearly 900kW.

Even though this image isn’t real and Alpha Performance hasn’t responded to it as yet, you can’t deny there are plenty of ultra-wealthy customers who would want to upgrade their Roller’s powerplant.

Although many tuners such as Mansory offer aesthetic modifications for all Rolls-Royce cars, the company typically frowns on extensive driveline modifications as most believe Rolls cars are quite sufficient when they leave Goodwood.

Nevertheless, modified Rolls-Royces are not unheard of; Ben Crombie’s 1965 Silver Shadow caused quite a stir at this year’s Summernats, sporting a 400 big-block Chev and a TH400 combo. A sinister black old-school Roller is doing the rounds in the UK drift scene too, piloted by a former boy band member.

Will this picture ever amount to reality? We don’t know but if it does we’ll give you the low down.