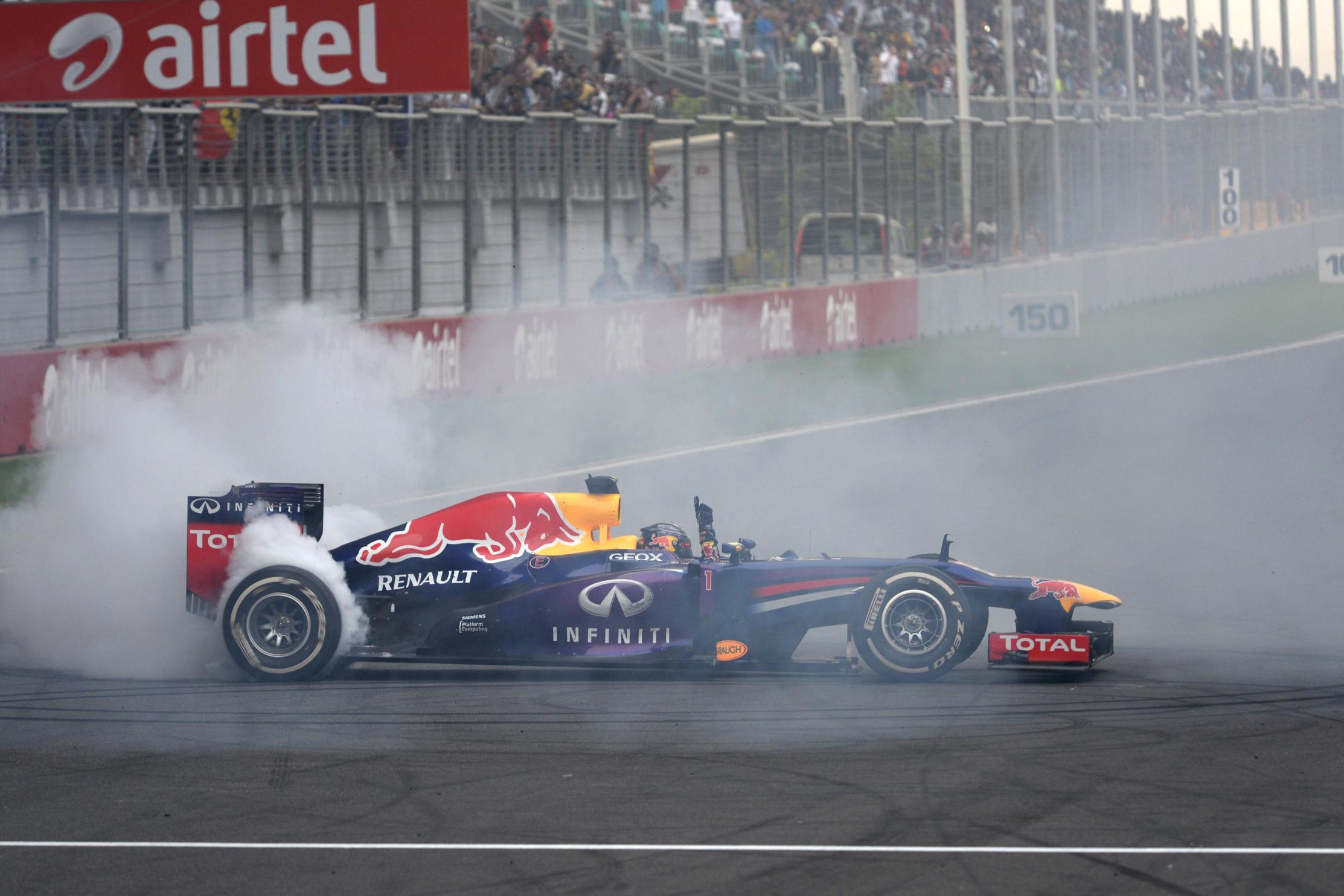 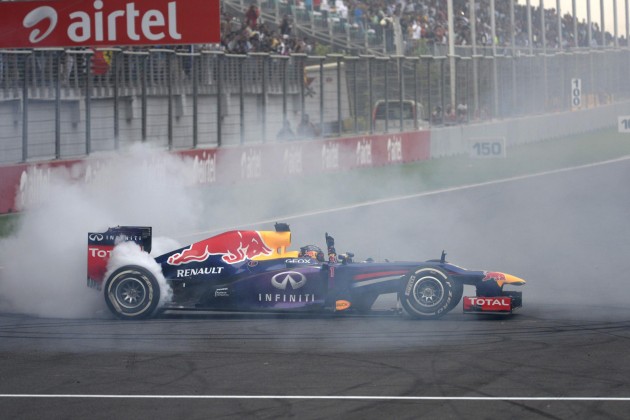 Vettel and the Infiniti Red Bull Racing Team have dominated for most of the 2013 Championship season, claiming ten Grand Prix victories, including the most recent at India over the weekend. With only three races left in the season, it is now impossible for any other driver or team to take over.

“To join people like Prost, Fangio and Michael is unbelievable,” said Vettel. “I think this is one of the best days in my life so far. There are so many people that I have to thank but one of them is Infiniti. Infiniti’s increased involvement this year has helped support my efforts too so I’m glad I can reward them with another World Championship.”

The team has taken out eight pole positions, 10 fastest laps, and has accumulated 470 team points so far this year (Vettel – 322 driver points). With the fourth team win, it is the first time in over 20 years that a constructor-engine partnership has achieved such consecutive results. The last time it happened in the sport, and the only other time, was with McLaren-Honda from 1988-1991.

Rather understandably, to celebrate the wins Vettel performed some nice donuts for the crowd in India. Although it seemed like such a fitting thing to do, the FIA was not happy about it and fined Vettel 25,000 euros for his effort (around AU$36,137). The FIA released a statement, saying,

“The stewards, having received a report from the race director, heard from the driver and the team representative, examined video/audio evidence, have considered the following matter, and determine a breach of the regulations has been committed.”

Oh well, we’re sure Vettel can afford to pay it off. Perhaps in monthly installments…

Runners up in the championship so far are Fernando Alonso (Ferrari) sitting on 207 points, followed by Kimi Raikkonen (Lotus-Renault) on 183 points, Lewis Hamilton (Mercedes) on 169, and Mark Webber (Red Bull-Renault) on 148.