Chevrolet has revealed its 2013 Nationwide race car which will compete in next year’s series. The 2013 Chevrolet Camaro NASCAR could be one of toughest-looking vehicles in the field, showing muscly similarities as seen on the production car. 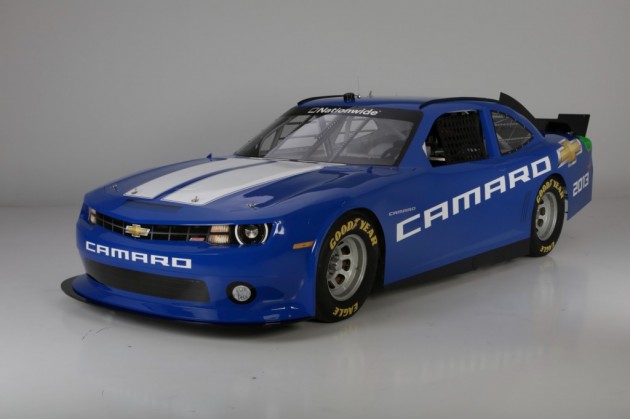 Featuring all the usual body enhancements of a NASCAR, the Camaro can easily be linked to the road-going version. Jim Campbell, vice president of Chevrolet performance vehicles and motorsports, recently spoke about the new car, saying,

“The Camaro Nationwide race car incorporates many of the distinctive styling elements of the production Camaro, including the unique power-bulge hood and deep recessed grille.

“In addition, the design incorporates the distinctive halo light rings and dual-port grille appearances, and the gold bowtie.” 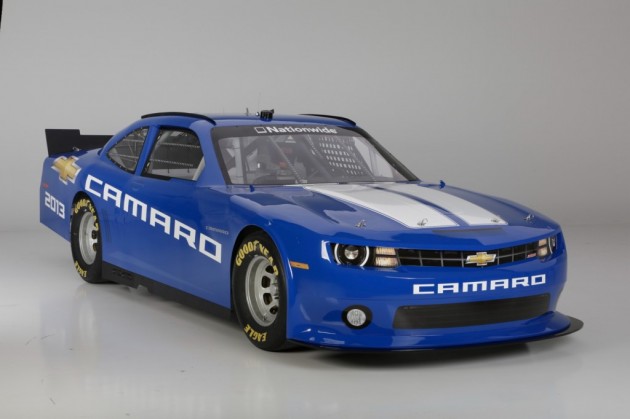 Chevrolet will continue testing the Camaro NASCAR, including extensive wind-tunnel development, before setting it off on its debut race at Daytona.