Porsche is still honing and perfecting its upcoming supercar, the Porsche 918 Spyder. Soon to be the only true supercar in its range, the company wants to make sure it’s quick. 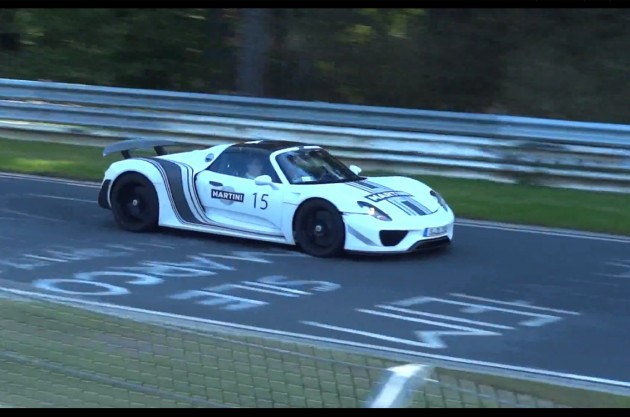 Judging by the video below which captures a 918 prototype being thrashed around the Nurburgring, the new model is going to be extremely quick. The camera is almost having difficulty tracking the car.

Power will come from a sophisticated hybrid powertrain consisting of two electric motors  –  one for the front wheels and one for the back – and a powerful 4.6-litre V8 combustion engine. As previously reported, overall power is expected to be around the 597kW mark.

It’s good to hear that despite being a hybrid, the new 918 stills screams like a supercar. Click play below to take a listen.

Market entry is set to take place towards the end of 2013.