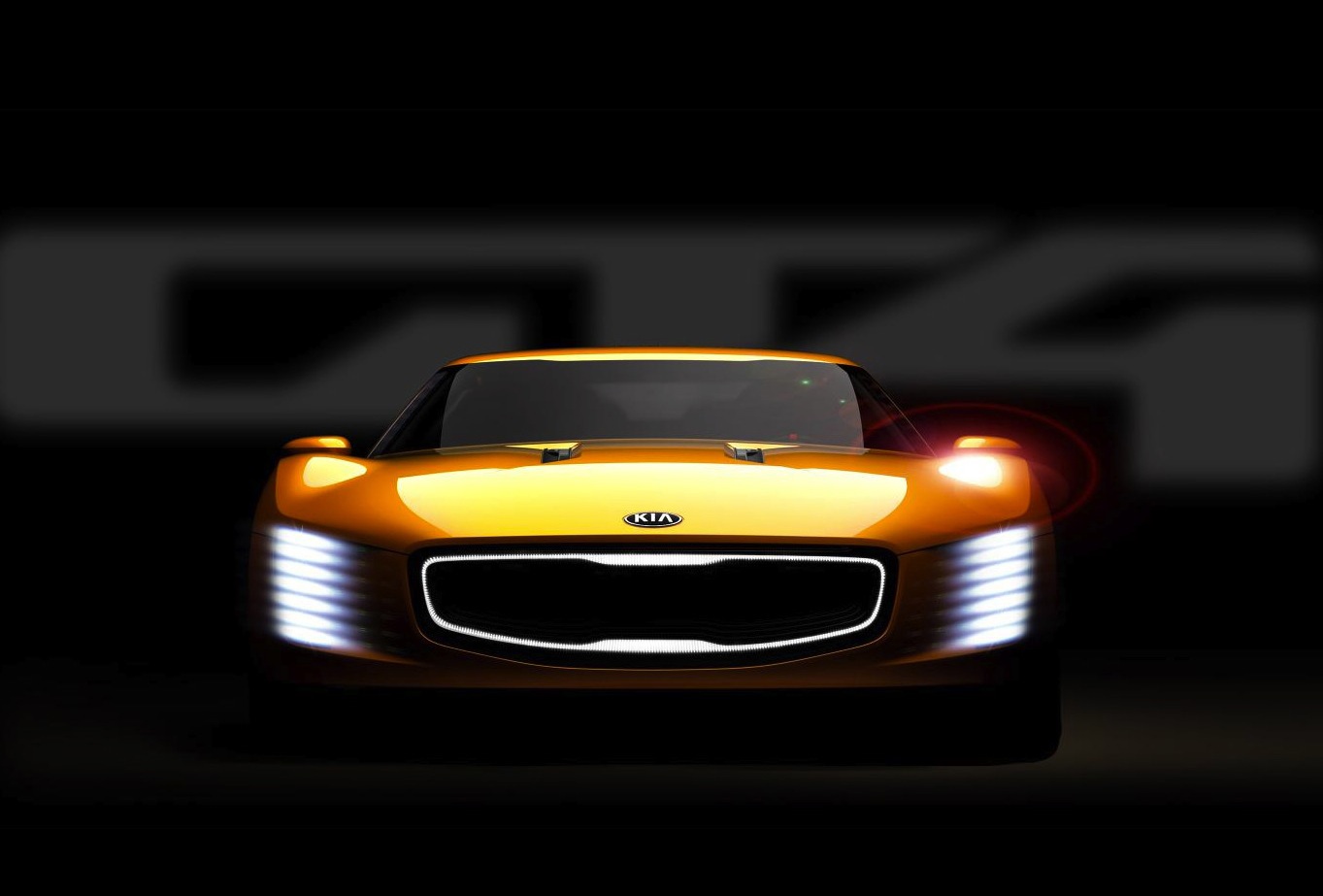 Another teaser image and some details of Kia’s new sports car concept have been released. Called the Kia GT4 Stinger, the car is certainly out to attract some attention. 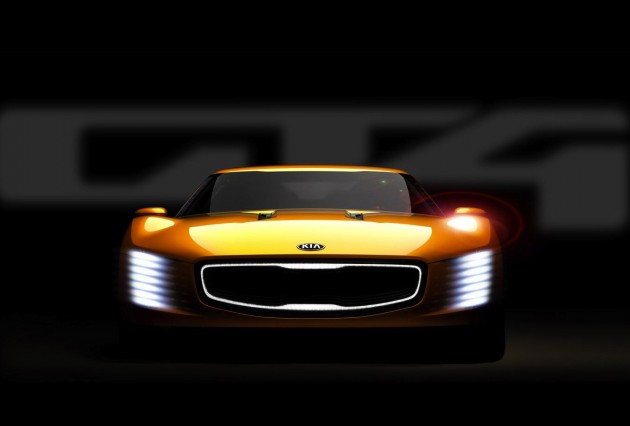 Kia hasn’t released many details as its official debut will take place at the North American International Auto Show in Detroit in just under a couple of weeks.

The company says it does showcase a rear-wheel drive layout, as well as a 2.0-litre turbocharged engine producing an impressive 235kW.

While Hyundai has its Genesis Coupe, which will eventually make its way to Australian shores within a couple of years, Kia is yet to offer the world a sporty rear-wheel drive sports car like the Hyundai.

This GT4 could very well provide some inspiration on a possible future showroom model. The concept stands out with a set of LED headlights, a huge ‘tiger nose’ grille, front brake cooling vents, and a carbon fibre front spoiler which provides downforce at speed. There’s also a set of 20-inch alloy wheels.

It’s all been designed at Kia’s design centre in California, USA.

Stay tuned for more details during the car’s debut on January 13.