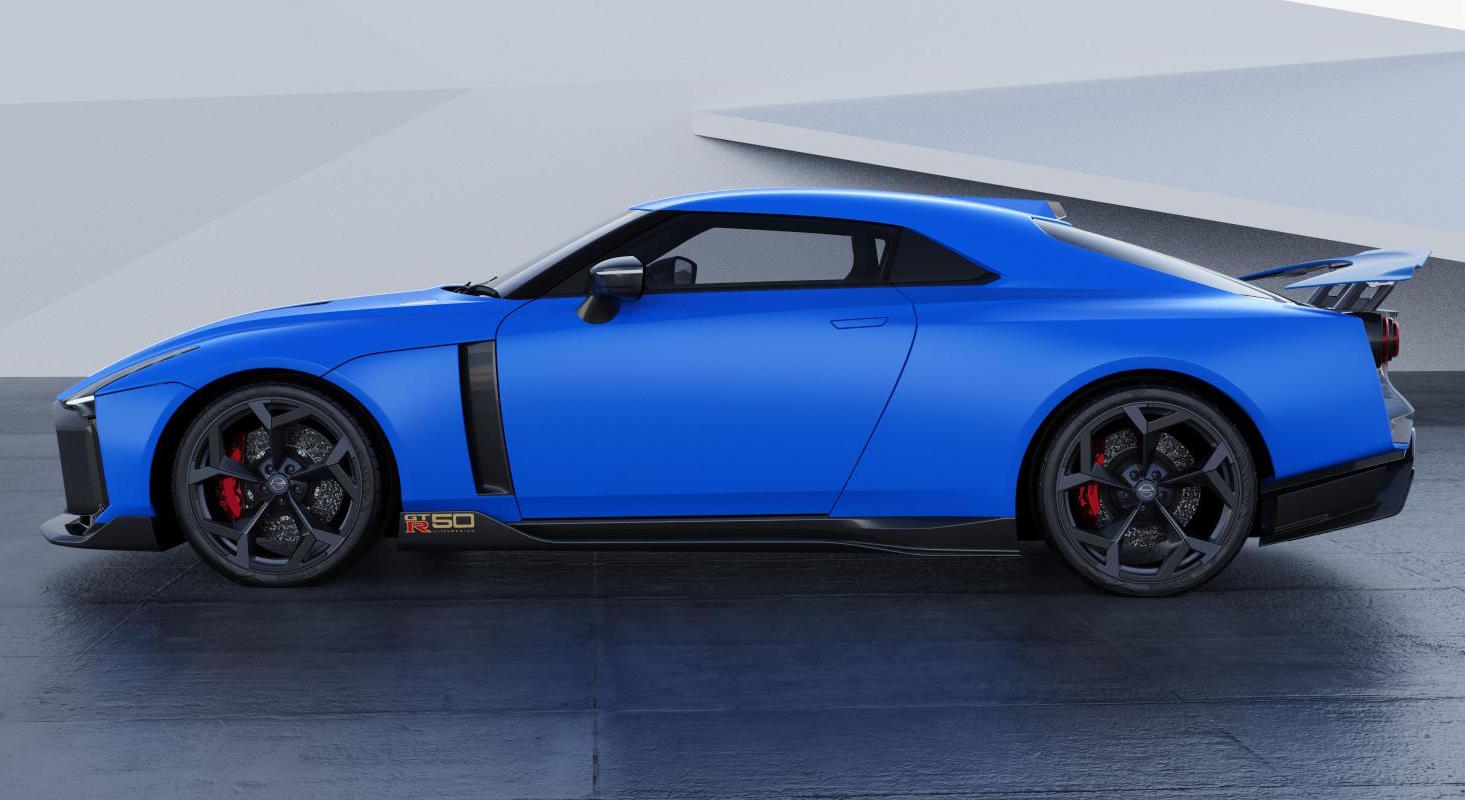 Production of the bespoke Nissan GT-R50 by Italdesign will commence next year, with the first public debut for the road-spec version set for the 2020 Geneva Motor Show in March. 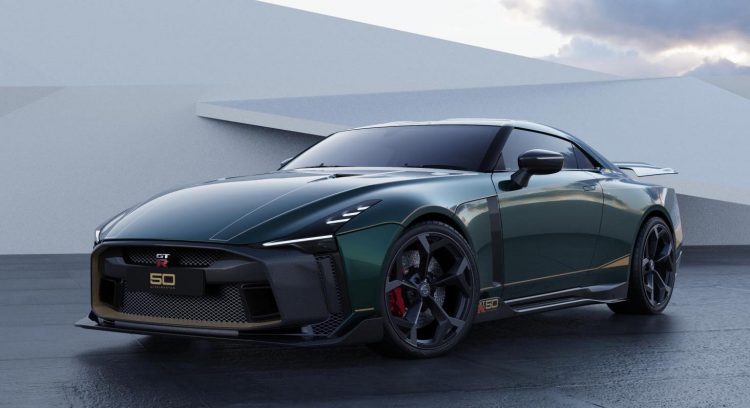 Originally revealed in prototype form in June last year, the GT-R50 is a project co-developed by Nissan and Italdesign. It celebrates the 50th anniversary of the GT-R and the Italian design firm. Up until now though only the prototype version has been shown.

The production-spec model, shown here, looks to carry over plenty of design traits from the prototype concept, including the big rear wing and dramatic front end. Even the floating taillights in traditional twin-circular fashion protrude outward like on the concept, encased by a large carbon fibre panel that merges upward and surrounds the rear windscreen.

Under the bonnet you’ll find a 3.8-litre twin-turbo V6 engine, like the regular GT-R. However, it has been tuned by Nismo so it produces 720PS (530kW). That’s a big jump up from the standard 419kW output. Nissan hasn’t mentioned any of the acceleration figures, but we’d suggest a time somewhere around 2.5 seconds or quicker for the 0-100km/h sprint. 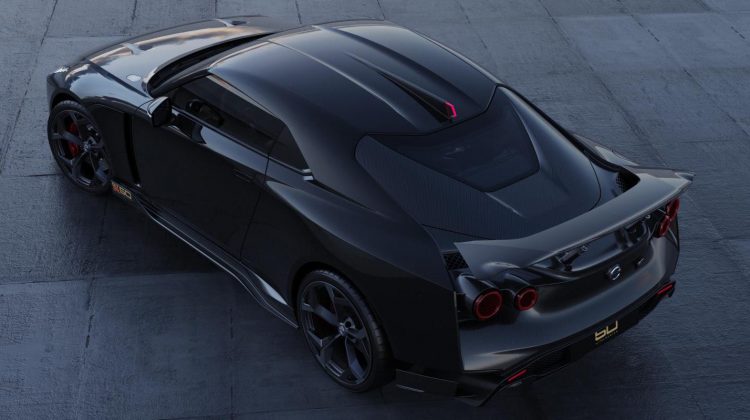 Only 50 examples will go into production and Nissan says it has received quite a lot of interest from buyers, confirming a “significant” number of deposits already taken. Although, a “limited number” of reservations are still available. Speaking about the car, Bob Laishley, global sports car program director at Nissan, said:

“Our customers have relished the personalised experience provided by Italdesign, who have a long tradition in the exclusive field of ultra-rare, bespoke high-performance vehicles. Their experience with the GT-R50 has been incredible and I can say first-hand that each car will certainly be a standalone masterpiece.”

The prototype version will be on display at the Nismo Festival at Fuji Speedway on December 8 for fans to check out, and then the Tokyo Auto Salon in January. Customer deliveries of the production version are scheduled to commence in late 2020.