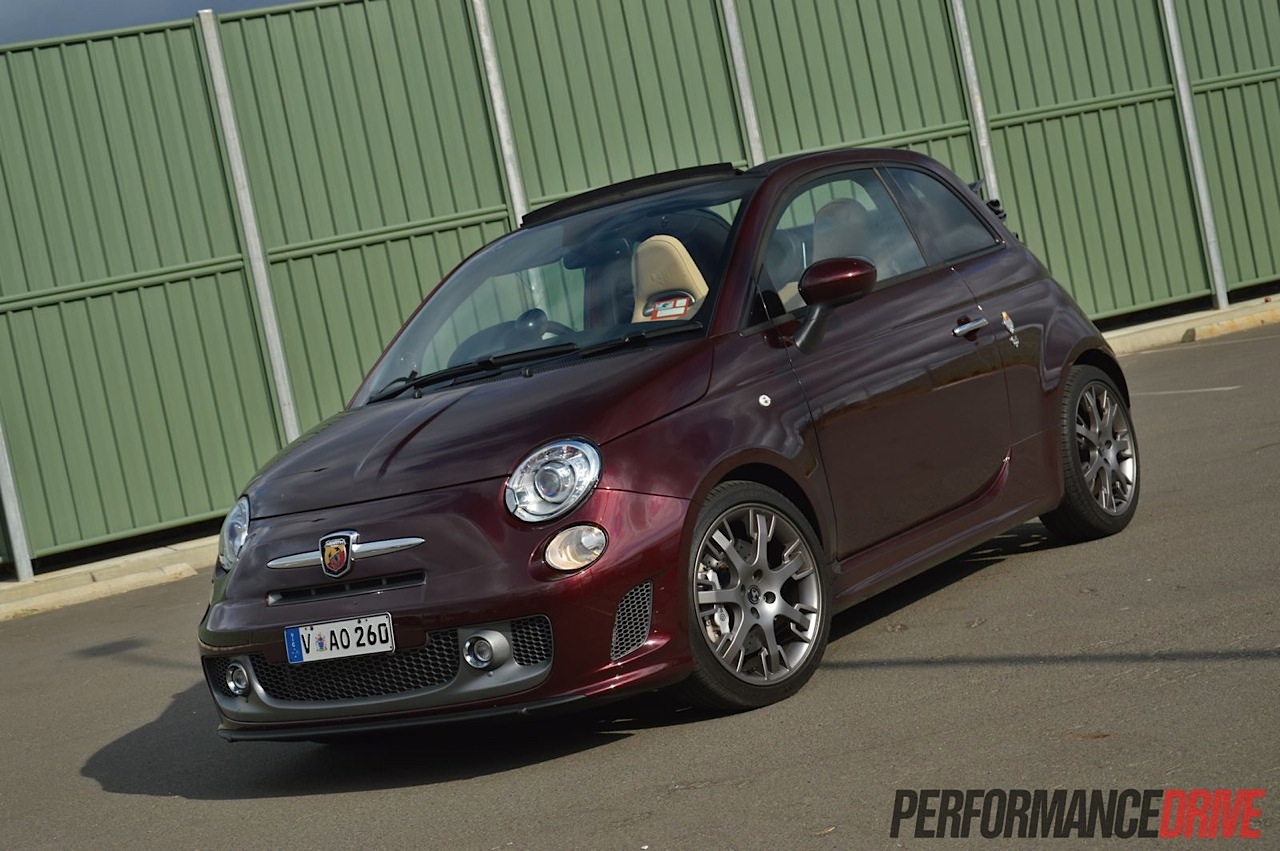 In a similar way that Group B rally was unhinged and a bit unrefined, the bonkers Abarth 695 Maserati embraces the raw, unbridled performance of high-boost turbocharging only it’s entwined with the fine luxury you’d expect to see in a modern Maserati. 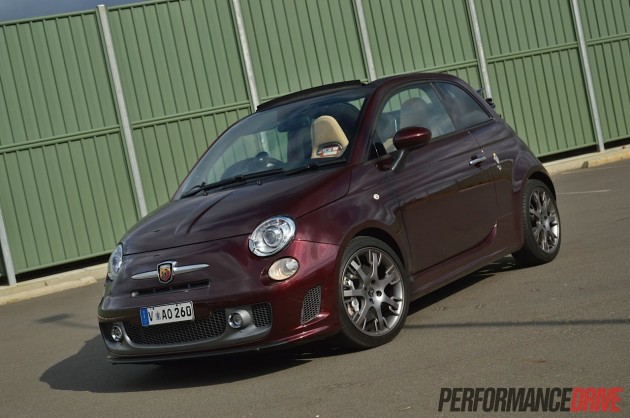 The Italians are mad. There’s just so many aspects of this car that are unconventional. And most of them put a massive smile on your face and bring you back to the level of excitement you had when you were a kid seeing a Ferrari for the first time. Unfortunately – now that we’ve all matured (to a certain degree) – some aspects are going to leave you scratching your head as you try and understand their philosophy.

Abarth’s Fiat 500-based 695 is the epitome of Fiat 500 performance. It’s a strict special edition limited to just 40 units in Australia, and 499 around the world, replacing last year’s 695 Ferrari edition.

It’s the most powerful and the most seriously equipped model ever, with more engine power, more turbo whistle and cracking exhaust pop, and even more agility and improved braking performance than the hysterical Abarth Esseesse.

With all of this comes a predictably mental price tag. We won’t try and sprinkle it with any sort of justifying confetti; it starts at $60,000. There’s no excuses here, this car is out to attract attention and be noticed in every way it can. A thoroughbred Italian, then. 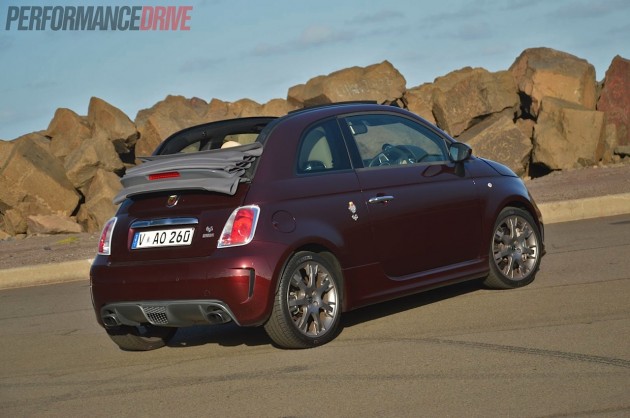 Unlike the Ferrari version, the 695 Maserati features an electric flip-back soft-top convertible roof. So there’s some cost in that. It’s not until you open the door though that more of that price tag starts to make sense.

There’s two sand beige leather seats, courtesy of Maserati. They look like they have been ripped straight from a Maserati too, with delicate ‘695’ embossing on the headrests and brushed aluminium inner trims. Strangely, they aren’t electrically operated, which probably helps conserve weight.

They’re quite comfortable but like in the regular Fiat 500 they do sit high leaving you in a somewhat awkward perched up position. The driving position in general is anything but ‘conventional’. The pedals seem like they are too close and the steering wheel is tilted forward like an old… Fiat, actually. You do get some cool Abarth alloy pedals to dance on.

Rear seat accommodation might not look too appealing but there is a reasonable amount of room back there, so long as you aren’t much over six-foot tall or carrying excessive girth around the waist. Headroom gets a pass with the roof up, while legroom is tight but acceptable for this segment, largely depending on the position of the corresponding front seat.

With the roof down there is obviously much more room to breathe. In this mode the general atmosphere becomes convincingly exciting as the beige upholstery is lit up and the barking engine is heard at its fullest capacity. More on that later.

Boot space is the same as the regular Fiat 500C convertible, with 183 litres (non-convertible 500 offers 185 litres). It’s far from large, even in this market segment. To help sooth any pain felt by the tiny boot customers are complimented with an exquisite Tramontano leather luggage set.

Despite its petite proportions, all Fiat 500 models are very safe, with nine airbags in the case of the 695, traction and stability control, an active torque transfer front differential, and brake force distribution with ABS. All in all, ANCAP has awarded the 500 a five-star rating. 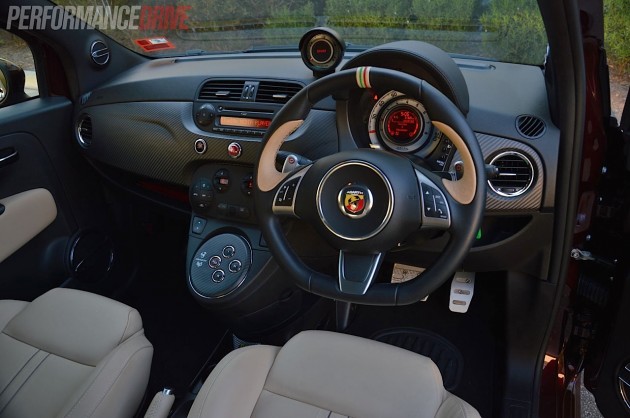 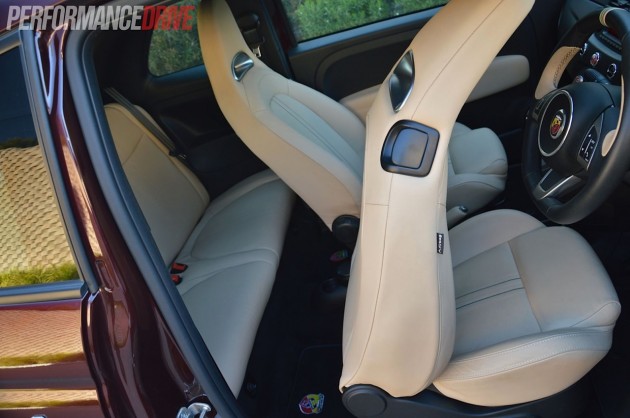 How can a 1.4-litre four-cylinder sound like a Maserati? We don’t know exactly but somehow Abarth and Maserati have done it successfully with this with an almost straight-through exhaust system. It barks out such a goosebump-inducing note you find yourself changing down gears for no reason other than to rev it out once again. It’s properly amusing.

Engine power isn’t particularly strong until around 3500-4000rpm, with very noticeable turbo-lag. Transmission take-up is slow and certainly doesn’t help. Torque off the mark does suffer but once the transmission takes up the slack the engine pulls hard and surges through the gears with no hesitation, taking in 22psi of boost. It loves to rev out loud and clear. Under full power we timed 0-100km/h in an impressive 6.4 seconds.

Using the transmission in full auto mode without the sport button engaged is pretty hopeless. It jerks back and forth almost to point where you think it’s been programmed to do it as a joke – some kind of Italian way of mocking you for not using the paddle shifters?

When you switch to sport mode via the button on the dash and start using the paddle shifters it’s actually a fairly well-mannered transmission. However, you do need to learn to respect its somewhat old-school way of operating. We found slightly backing off on the throttle at the point of upchanging to be the smoothest way of driving.

It changes right on your demands, blipping the throttle with each downchange. Upchanges aren’t as quick as what you get in a dual-clutch unit and we feel this little car could be a lot quicker with such a setup, however, on a nice open road with that engine burbling and barking out a Group-B rally-like soundtrack, you’re left with nothing but pure driving enjoyment. It’s one of those cars that is at its best darting through the countryside as opposed to getting off the mark.

Initially, the 695 does feel nervous and twitchy in the bends, especially when bouncing around bumpy corners. Some respect ought to be given to the engineers though, as the Fiat 500 has such a small footprint, almost square in fact, with very short overhangs. The science and dynamics involved with trying to keep everything stable and planted would be a tough task for any chassis expert.

No matter how much work is put into developing a well-balanced suspension setup, the small dimensions are always going to result in a noddy ride. Abarth has ironed out a lot of it and the suspension is able to catch and absorb nasty bumps, but the feedback you are sent is often of a frigidity variety, and the ride around town and in the suburbs is quite busy. To give you an idea of its pokey character, the inside rear wheel often cocks up into the air around tight corners.

The upshot of all of this is an incredibly interactive drive. It’s so full of life and energy. It’s a real sense of occasion simply driving down to the shops. And, interestingly, you do get a lot of respect on the road from other motorists while doing your daily errands. During our time with the car we had countless strangers come up to ask all about it, from curious seniors to flattered ladies. It’s a truely flamboyant attention-grabber. Again, perfectly in line with its Italian heritage. 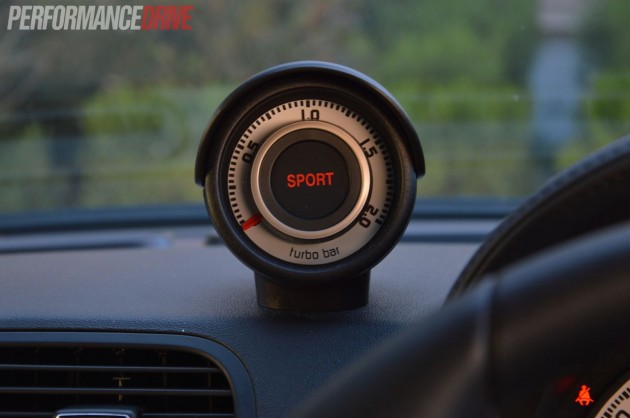 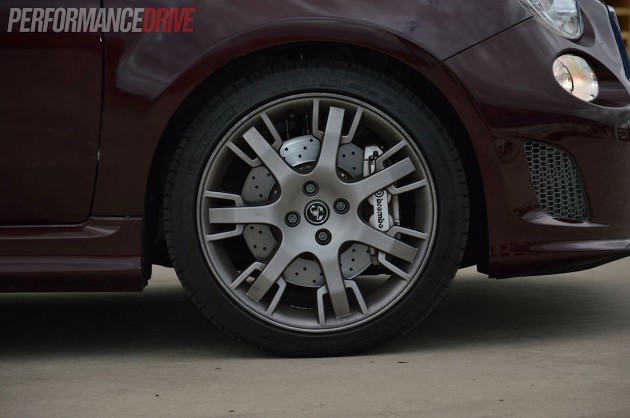 It’s not the most refined compact hatch on the market, nor is it the least expensive or most economical (we averaged 8.9L/100km). In fact, if you look at this car on paper in terms of its specs and figures, it’s actually rather flawed. And that brings us to the best quality of the Abarth 695; it’s absolutely full of life.

In a world of very conservative, ultra-efficient and mind-numbingly boring humdrum vehicles that are made solely for the purpose of commuting, the 695 is a big breath of high-octane ‘fresh air’ for car and driving enthusiasts.

We can’t think of many other cars on the market at the moment that bring this much passion and soul to the world of motoring. Actually, we can think of a few… from Ferrari, Lamborghini, and of course, Maserati.

If you can swallow the initial price tag and handle/understand the lunacy of the powertrain, this special edition is likely going to be a highly sought-after classic in the future. We’d love one in our garage. 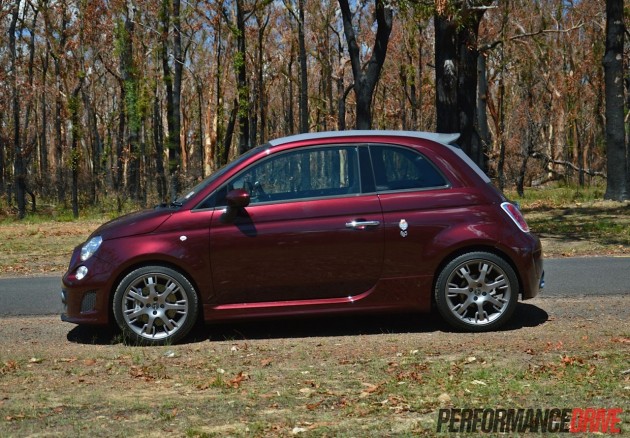